Just doing the baseline ride and the rubber banding has killed it. Pace is to slow and going hard on the segments is impossible. For example the short sprint one I’m nearly 50% off my best time cause of the effect so prepared for just over 20seconds but took 30 and was a lot harder than it should’ve been 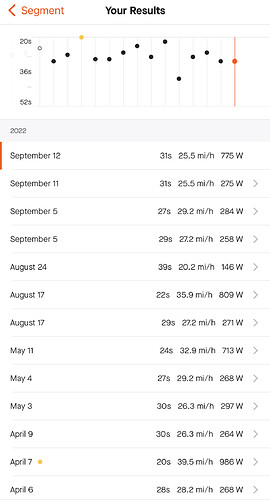 200 watts less today though… not sure it was banded during the segment…but before it certainly was which made it hard to go into the sprint at top speed. Also, no drafting so if your pb was in a large group that will also contribute to faster speed. 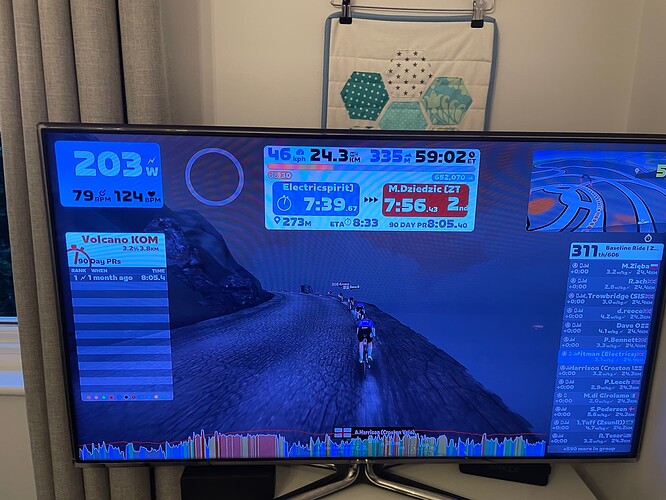 Just did the Baseline ride and the entire thing was 100% banded. What I theorize is happening is this is what Zwift had announced as “route based” workouts. Did anyone else find it interesting that the ride ended at EXACTLY one hour? It’s all fine and dandy but I would have liked to have been aware of it before doing the ride in order to know the pacing, all my segments were significantly slower than normal and I suspect the ZA team did this purposely to have a 2 min, 30 sec, and 8 min effort. The part I can’t figure out is the comparing of the segment times on the app if the times are clearly pre-determined.

I quit my ride as it was infuriating - I don’t need 25 minute cool down after a 2 minute effort (well 2:30, but at the same power that took me 2 mins last year).

Totally agree. Myself and many others had a rough idea of pacing/timing and yet the action of my rider during it as well as the ETA jumps completely threw off my ability to gauge the effort correctly, making them basically inaccurate/not reflective of true effort

Hey everyone - thanks for flagging this up. We’re working on sorting this out ASAP.

Sorting this out? It wasn’t on purpose? Oh man, there will definitely be some pro contract riders who will have to redo their ride. That sucks.

Will the results be able to be deleted by chance? Banding will skew the end ride for sure for everyone either one direction or the other…

Even though we get no drafting on the segments and some of our best time will no doubt come from races with drafting, the low rubber banding speed beforehand seems to mess up segment times.

I was using the DT Swiss ARC 1100 DiCut 62 wheels with whatever the assigned TT frame was.

On Zwiftpower you can see there are rider with same times for segments but 1/2, or 2 times the power.

Rubber banding appeared on for my base line ride. Everyone was complaining. It seemed like Zwift was wanting everyone’s 2 min, 30 sec., and 8 min. power. When I go to results, however, everything says to check time again like last year. What gives?

Hopefully they can get this sorted quickly, I didn’t do my ride today because I did a pretty long hike yesterday, so wanted a day of rest before the baseline, but it turns out it was a good thing to miss today’s ride.

I did take an FTP test on Friday, so I suppose if the baseline ride doesn’t work properly I can maybe use that as my baseline for results. But that kinda messes up the point of the analysis of ZA etc…

Agreed. I like power over time but they got to clarify one way or another and fix the jank.

Really sorry for the difficulties that you’ve had today.

We’ve removed the workout & banding. The Baseline will now be a ride without draft and you are free to choose which bike you would like to ride it on.

I don’t think I’m going to redo the baseline, too much other stuff to complete with ZRL, ZRacing series, and the academy workouts. Hopefully the Finish Line will be correctly configured.

Only problem is that unless the config remains the same, time and power comparisons for the three segments will be pretty meaningless.

yup, same as last year… a week into it they made a lot of changes like disabling draft and turning off powerups, so my finish line was totally different and actually slower than the baseline.

May I ask what the exact issue here was?

Banding taking place throughout the ride?

The baseline ride implementing the new route based workout system which has caused this issue?