On your first or second ascent ?

Has anyone ever seen the Yeti on AppleTV? Maybe he is as invisible as the sign for turn no. 10?

Many times! He’s definitely there! Keep climbing AdZ while keeping an eye out for him. It helps if you’re not pushing the pace, head down in pain, chewing your bar tape

It helps if you’re not pushing the pace, head down in pain, chewing your bar tape

I think there’s a chance that you’ve identified why I haven’t seen the Yeti on any of my climbs.

That will be me also when I’m trying to learn how to ride properly again.

Getting unfit here badly! Not too long now.

It’s not so bad. You listen to your body. Be consistent. The fitness and power will come back quicker than you think. Don’t push for the gains, just be consistent and let the gains come.

Some of the camera angles at key locations seem to offer great little nuggets… like our little seagull friends here. 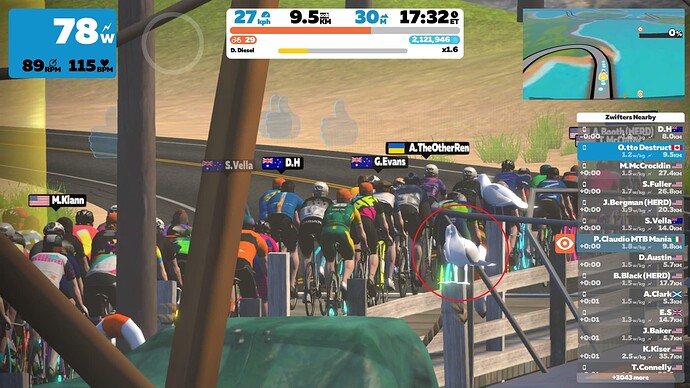 i run on apple tv and have no problem seeing all the cats, dogs and dinos etc.

Can’t go inside them though. 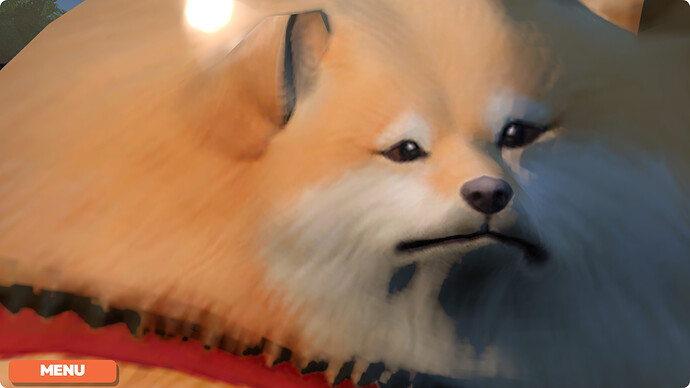 I want to get a screenshot of that moment you ride THROUGH another rider and see the inside of their head, with eyeballs. It’s both jarring and hilarious.

EDIT - LOL! Somebody posted one: https://www.reddit.com/r/Zwift/comments/mx74x4/in_first_person_view_if_you_get_close_behind_a/

That is genuinely unsettling

And should have been sorted a long time ago. If I were a kid doing Zwift I’d be freaked out.

Albert the Albatross and His Backpocket flock​:dodo:

Doesn’t that shadow look like a witch on a broom? 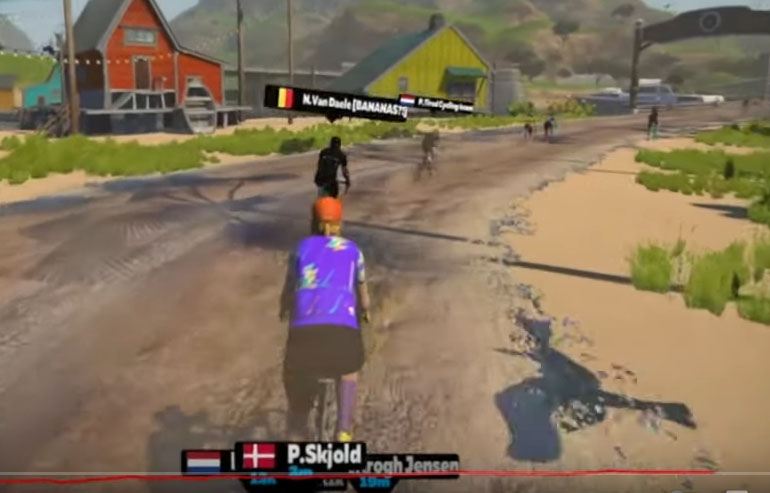 Is there another one where people can u-turn after the top of ADZ and do a wheelie near the finish line?

Seeing plenty of screenshots of it… 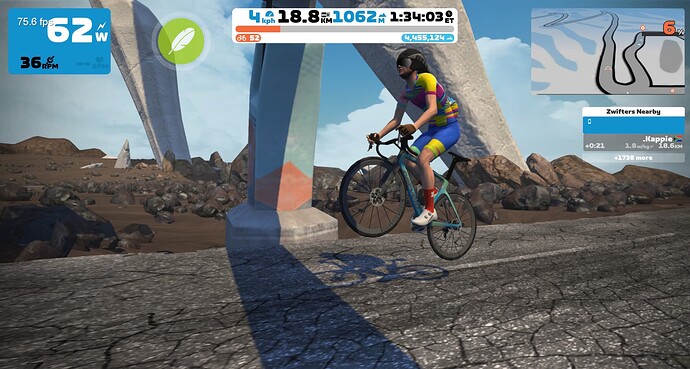 LOL! What the heck is going on there?!

While I’m at it: I headed up “Epic KOM Bypass” yesterday… and notice a rockslide, with a small dirt detour around it. Has this always been there or something new?

I really need to brush up on my Watopia knowledge…I don’t even know if I could find this section again. 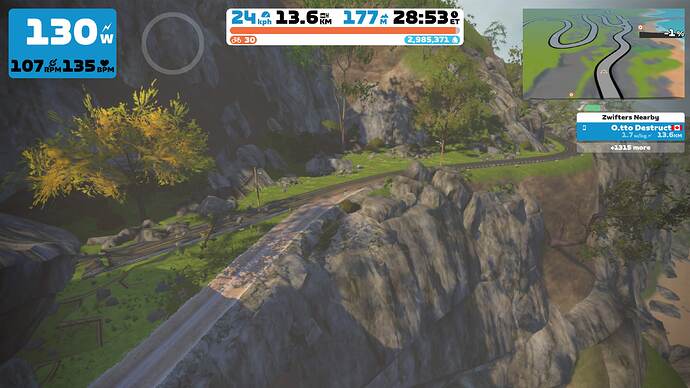 Has this always been there or something new?

That has been there since the launch of the Detour. 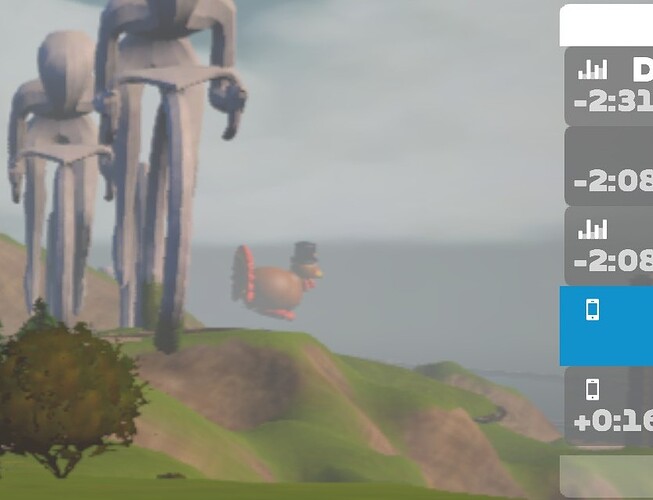 Spotted in Watopia today and I risked taking a screenshot to share with the class.

Happy Thanksgiving to my American friends.

Been there for two days so far.