This is sounding like an Apple TV related issue. Lots of comments relating to the use of Apple TV when this occurs.

I was ghost whole ride too! 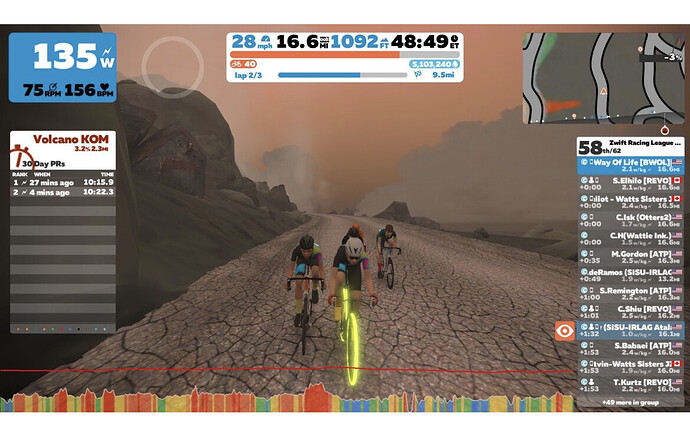 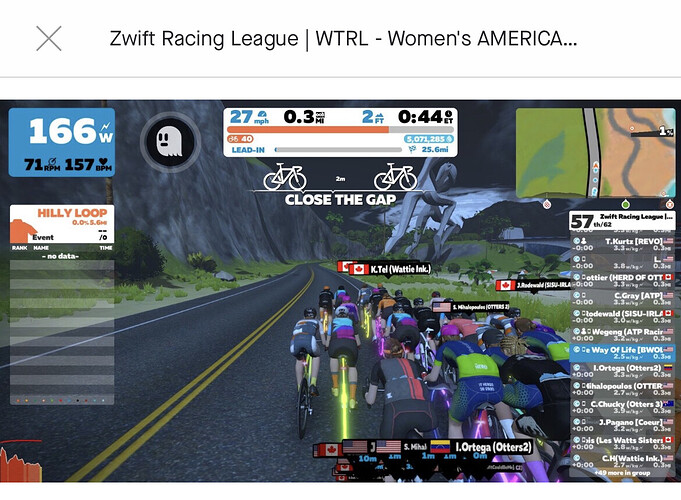 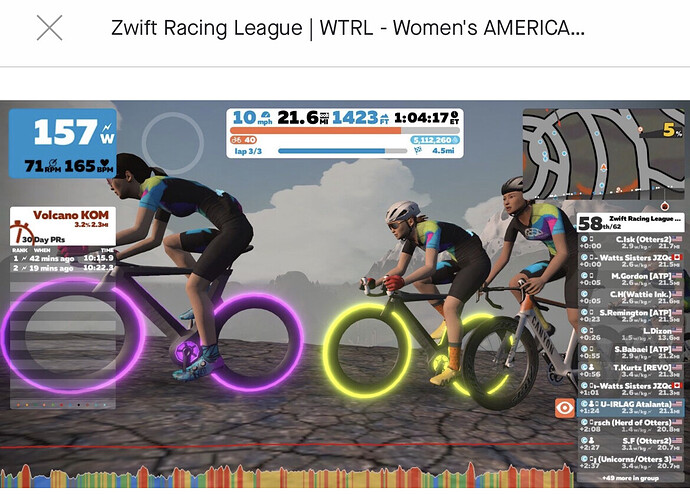 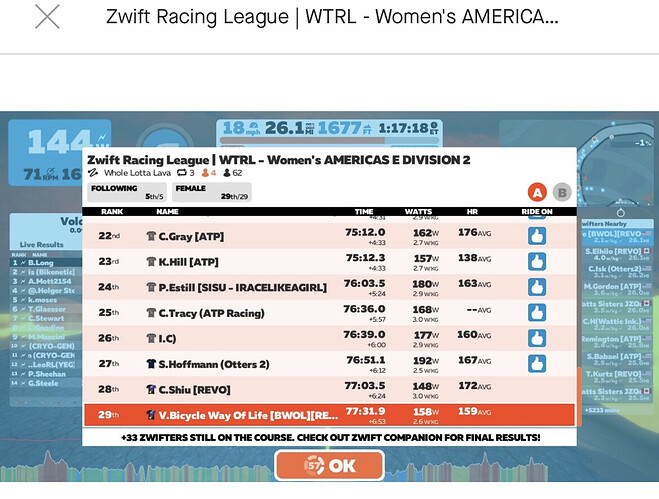 I disappeared for 10-15 seconds in my race at the start, but then magically popped back in with the rest of the group. Hopefully you get some resolution to this! Apple TV, kickr.

I have had this same issue also: I could see everyone, but they couldn’t see me.

In a race I was doing, I was showing on the list in ZwiftPower live but my team mates who were watching couldn’t fanview me. For me it was exactly like being in the race (including showing in the rider list on right of screen), but no-one else knew I was there. I also came up in the results list - fortunately for everyone else I just placed mid-pack so don’t think I impacted the race outcome.

It also happened in a meet-up I’d organised - just my team doing TTT recon and they couldn’t see me but I could see them (had to take a screen shot to prove I wasn’t just on discord lol!)

I have a Tacx neo 2T and run Zwift via my iPad. I uninstalled and re-installed the App and so far all is okay. I did reach out to Zwift support, but they took 5 days to get back to me and then just with generic suggestions regarding my network connection (not helpful!)

Had the same issue. Windows 10, Elite Direto over Ant+ without Sterzo Smart or any other BT devices (BT turned off entirely).

Same on Tuesday. Race started started, power dropped/limited to about 300w, resistance dropped on trainer and I was spinning out. Had to stop pedalling for trainer to reset. Screen showed me 104/107 whole race. For a while I was with a teammate but he couldn’t see me at all. I finished P87 but my placing did not change feom 104 during event. Team mate had same power issue at start. Not sure but felt like no draft through out also. I has with a group of 6 they were doing 2.6wkg I had to do over 3wkg to stay in their bunch

It was the whole lotta lava race for me. The only thing that looked odd to me was that I was listed as being 80/80 even when out the front. If my teammates hadn’t said I was not visible I would never have otherwise known as all the power ups worked normally, even the ghost one lol, and I could draft (and help a team mate who I told was in front of her and could help her back up) I have a iPad Pro and use a KickR and climb. All worked normally and my results did show. Phew.

I’ve had this issue for nearly a month now, Wattbike and Zwift have been contacted. The steering update seems to have affected many.
I’ve gone as far now as changing my ATV set up to a purpose built PC and the use of Ant+.

We are facing this issue in our team as well. One guy with AppleTV is 80% of his rides invisible to us. He has neither Wattbike nor Kickr. Please solve this issue!

I have the same issue with my Wattbike Atom. When switching steering off my avatar disappears for others. I bought several new devices and setups as I thought device/WiFi was the issue. Phone seemed the only thing that worked which makes sense now as the steering isn’t supported on the app.

Also, when trying to actually use the steering on Wattbike by pressing red buttons my Avatar rides around in many circles.

This happened twice in the last week. This morning I had a club meetup, with 5 riders, however, one rider was invisible to the other 4, he was able to see us, we couldn’t see him. He was on a Tacx Neo.

In the WTRL race 1742933 on Tuesday, 2 competitors in another team were invisible. One of these competitors earned the highest points score in the race, primarily because he was invisible to all other riders

Happened to me in EMEA W1 D4 Cat A race.
I was showing 71st the whole time.
Everyone did disappear when I was in the Pen for a few seconds.
First time this has ever happened to me, but has happened almost every week in the WTRL TTT and ZRL…really annoying!

ZRL Race Whole Lot of Lava, I was in the group for the first 4 mins the. Everyone disappeared for a majority of the race.

I have had the same problem intermittently in racing and just riding. Tuesday evening in the premier league of ZRL it dropped for about 3 seconds. My placing on the right hand side also did not seem to update or correlate very well to where I was in the group compared to other races. I am using a Tacx Flux S.

I had the same happen and simply thought it was network related. Sometimes in middle of the ride, the entire bunch around me disappears, I loose draft and by the time they re-appear I have to chase… Both in events and in group rides.

Then in the TT portion of the duatlong yesterday I was sitting minding my own business all on my own, only suddenly to see my position drop by a couple of places, with nobody having passed me. (It was a mass start) This actually happened a couple of times during the ride.

Running on an iPad, fully up to date ito all software.

I had this issue last week in the ZRL TTT - somehow unbeknown to me I disappeared from the pen to my race colleagues with about 1:30 to in our wait time in the the TTT so the race had officially ‘started’. I could see all of them and was receiving draft from them but they could neither see or draft me. Disappointing as I hit the front with far more frequency as usual but on the plus side, I managed to sneak first across the line for my time

Happened to one of my teammates in the ZRL on Tuesday in the scratch race. He was initially visible and then POOF, he was gone from our screen but to him (other than his position) all looked normal.

We had the same issue in the ZRL Women’s East D race.

Happened again in Platinum today. Team saw me in the pen then I was gone. I’m getting paranoid that I’m bneing used in some cruel experiment. Please find me!

…and it just happened again in the WTRL TTT (Latte PL). Everything seemed to be normal for me, but I was invisible from joining the pens to the finish. I appeared in the results though.

40,000 riders online when I checked. As much as last time it happened to me.

I ride on a Kickr Bike. Run Zwift on Windows 10 gaming laptop.
I raced the Fusion winter cup this evening and experienced the same issue. After start I noticed that my position in the pack was 83/83 even though I could see my self at the front of the pack. I asked my teammates in the race if they could see me. They could not. I was able to race and stay in the pack as I had no problem in seeing everyone around me.
Before starting Zwift I was trying out the gradient buttons to see how it would function and tried switching from locked to unlocked gradient mode on the bike. Because I didn’t feel the gradient changing automatically I tried changing the controllable connection on the pairing screen from BTLE to ANT+ FE-C connection to see if that would change anything.
I then had to enter Zwift and go into the start pen.
I did not turn of sterring manually, so I suspect it could be an issue with the type of connection. I have had no issues when connecting controllable mode via BTLE.