(Note: this was mentioned in a separate thread initially - Workout portals incorrect colour - but since it is a separate bug/issue, I’m splitting it into a new report)

In normal usage, workouts have “portals” that you cycle through when transitioning from one workout segment to another. They display as semi-translucent coloured semi-circles/half-moons on the route ahead of you, a coloured-in archway.

There is a bug on some routes where the workout portal appears “cropped” horizontally and is doesn’t form a complete arch. This seems to be where there is some invisible wall/map element that is hiding part of the portal behind it (but should not be).

I’ve attached screenshots from multiple different people showing the same issue. This seems to be particularly prevalent on the volcano route, but may exist on other routes too (unconfirmed): 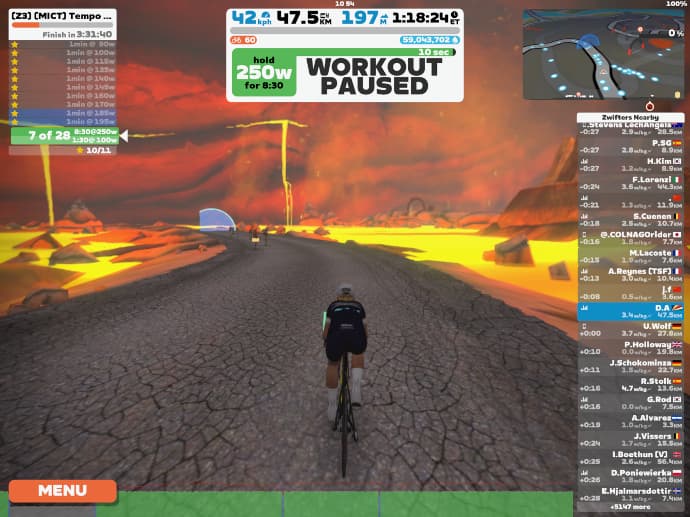 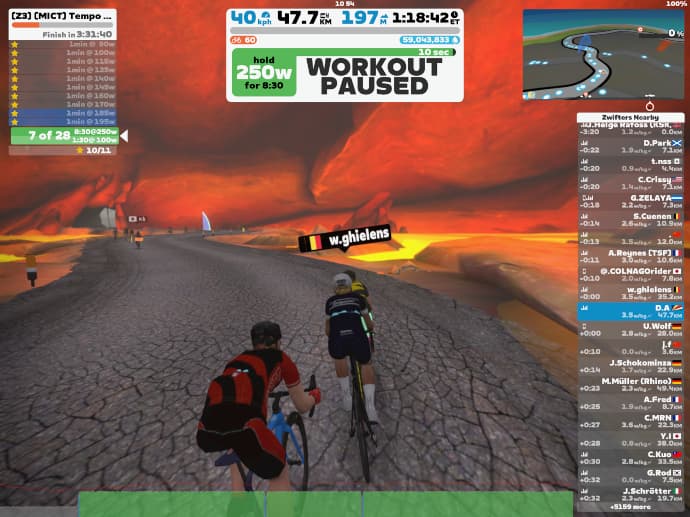 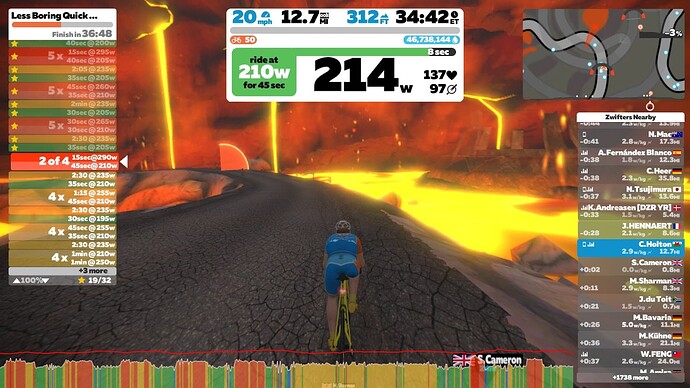 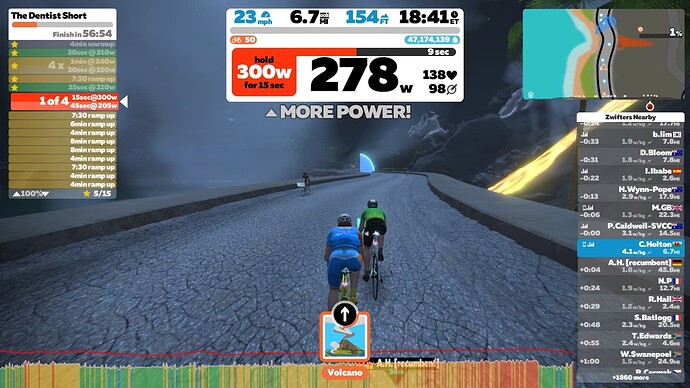 UPDATE: I rode on the France, NYC, Richmond and Makuri/Urukazi/Yumezi maps this week without (AFAIK) seeing this, so this may be restricted to Watopia (and especially the Volcano loop) only, but I’ll keep an eye out

It doesn’t look like there has been any response of acknowledgement from Zwift support on this yet.

@shooj (or anyonne else from Zwift support) can you log this please and provide a ticket reference?

I think some other graphic appears in front of the arch. For example, you can see through the thumbs-up graphic, but you can’t see the arch behind it. 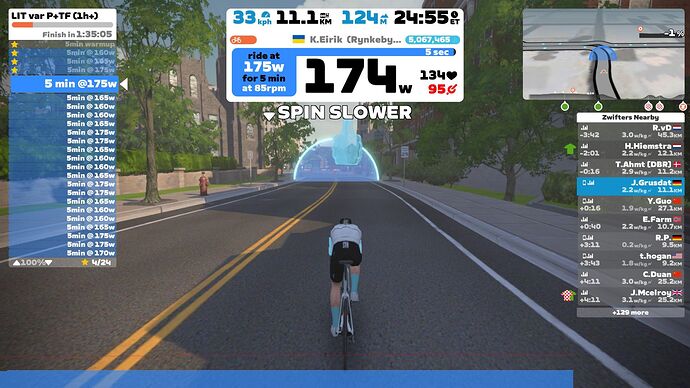 Oh now that is weird - but very useful info! It suggests that rather than there being “nothing” at the edge of the road in the volcano there are actually “invisible walls” just on that one section in particular (since I’ve not seen this bug happen elsewhere). I wonder if they added invisible walls as a “hack” to stop people riding off the edge of the road (as noted in this post Bug: Riders riding on terrain, off-piste and several others) since that would cause them to ride through lava in this case or “float” in the air since the road edges drop away sharply.

It would certainly make sense for them to be related, especially since I don’t think I’ve ever seen anyone riding beyond the edge of the road in the volcano, unlike on many other sections of road. It would be another case of “building a bodge on top of a bodge” on Zwift’s part - adding invisible walls rather than just making the code restrict riders lateral movement within the defined road bounds in the first place

They do make headaches for themselves with stuff like this.

I think you may have cracked it