Group ride today, Zwift fondo. At times the bunch suddenly “exploded” in width spilling well off the road onto the surrounding terrain 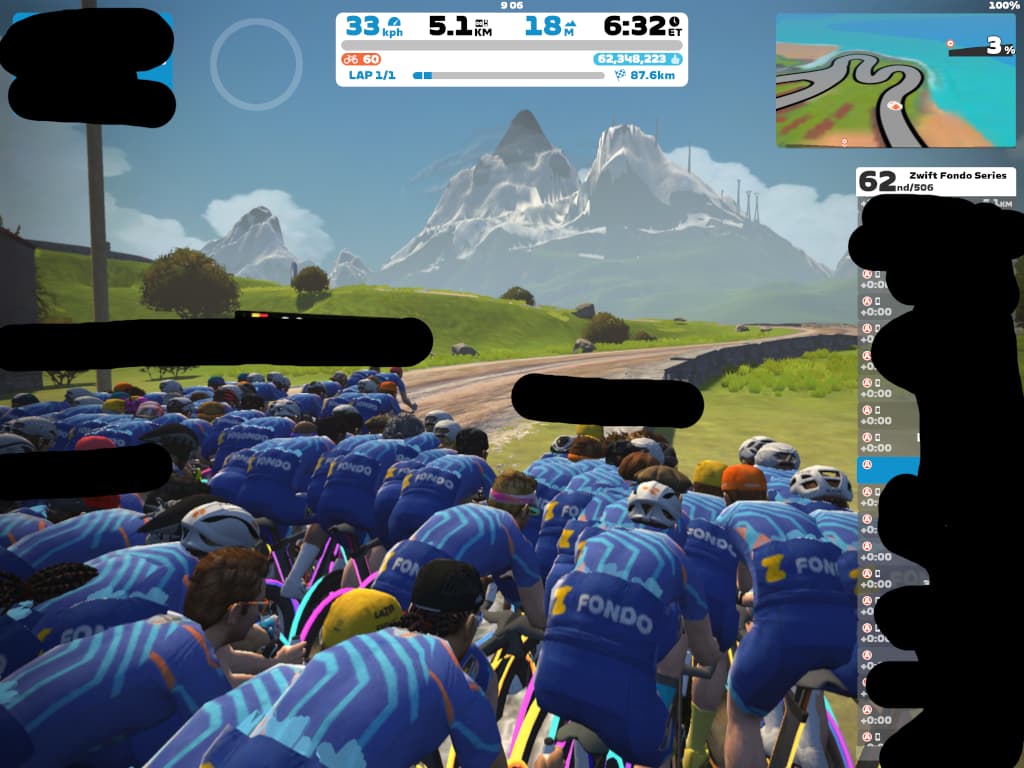 This happens in large groups, not sure it is really a bug? Zwift doesn’t have collision detection, so groups can spread out like this especially on the climb where the front probably slowed down as the back had the draft and didn’t slow as much. What would you like the expected behavior to be, slow everyone down in the back (autobrake) so they don’t go off the virtual “road”? I expect that would have more complaints.

You don’t think its a bug people riding off the road?

Since Zwift doesn’t prevent “overlap” of avatars (you can see that clearly in the screenshot above) then the correct behaviour is surely to allow overlap and keep riders within constraints of the defined road.

I think it is part expected behavior. Pack dynamics 3 reduced the amount of “riding through other avatars”, the exact opposite of what you are suggesting.

I think… take a look at the screenshot above. There is a lot of overlap, and its not preventing the issue of riders exploding out off the edges of the roads. The behaviour is definitely not intentional, or if it is then its buggy because it flicked on and off with the bunch exploding for a second or two then contracting.

How many people were in your group? I was with about 30 - 40 others and just went through the same spot in a fondo event. No one went that far off the side of the road and the group certainly didn’t “explode” as you are describing. Windows 10, latest version.

The event had 500+ people in it, but at this point the group I was in was down to maybe 30-40 ish same as you. It only happened in a couple of spots and was “normal” for the rest of the event despite the group size remaining the same.

When it happened it was like a high-speed concertina, lasted only for <5 seconds and then collapsed back again, I only managed to snap one quick screenshot. It happened only twice on a c. 100km ride, both times on the Fugit segment

Any input on this one please in @James_Zwift @DavidP ?