ZCA not updating map, zwift crashed on exit and activity not saved

Second time I’ve had similar problems now - running ZCA on iphone IOS 16 and zwift on Windows 10 PC with latest version. Joining an event my avatar wouldn’t pedal, all the other riders names came up as N Valid. This eventually sorted itself out but running the companion app the map wouldn’t update smoothly as I travelled along, same for the power, heart rate, and other stats. And it kept jumping back to the front screen, loading map and then back to updating maybe every minute or so but not tracking smoothly. Screenshots taken on the app or via screen menu didn’t transfer to the phone either.

Then at the end of the activity it said screenshots were uploaded (but they weren’t) and I got a lost connection message with activity to be saved during next connection. Zwift then locked up on closing down and I had to close it from PC prompt that it wasn’t responding.

During the ride I checked no other apps running plus shutdown and restarted the iphone but this didn’t help. Also restarting PC and zwift again the activity still hasn’t been saved. It shows the group ride in my activity feed on zwift dot com but no details and I can’t click on it to select anything.

Anyone got ideas on how this can be prevented from happening again?

Also can the file be uploaded to zwift using the fit file from my Activities folder?

EDIT - ride has now appeared in my Zwift feed, not sure when that happened exactly but not complaining.

all the other riders names came up as N Valid
the map wouldn’t update smoothly …same for the power, heart rate, and other stats.
Screenshots taken … didn’t transfer to the phone either.
… it said screenshots were uploaded (but they weren’t)
I got a lost connection message

From everything you’ve put here this sounds like you were having local network/wireless/connection/internet/bluetooth issues. I’m not technical enough to tell you if it was your wireless, your bluetooth or yuor internet provider/line but it sounds like connection issues for sure

Also can the file be uploaded to zwift using the fit file from my Activities folder?

I see the activity uploaded for you but for reference next time see: 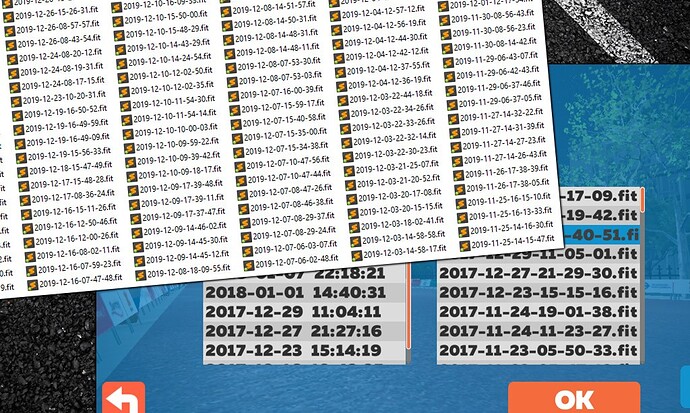 How to Retrieve a Lost or Partial Ride File on Zwift

Simple steps to save that lost Zwift ride or run.