When loading Zwift there a number of random messages popping up. One of them exhorts me to “Ring my bell” but I can’t see that option anywhere in the Companion App. Could it please be added? If necessary, just remove one of the lesser-used actions like the Wave.

It’s the bell on your handlebars. Go ahead, I can’t hear it.

on the Action bar: 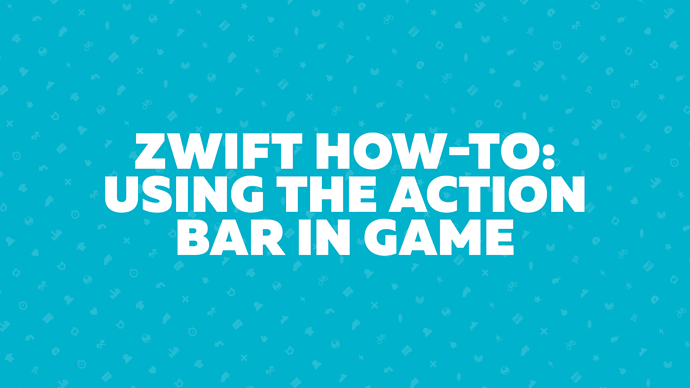 One of them exhorts me to “Ring my bell” but I can’t see that option anywhere in the Companion App. Could it please be added?

Please delete these buttons: bell toast hammer smilie face handwave elbow?! (which seems to appear inconsistently anyway) …because they’re just noisemakers (which most people don’t hear anyway since we’ve muted the app and listen to Spotify), or take up valuable space. The idea of SCROLLING to f…

on the Action bar:

Not on my ZC, running on an Android phone. I’ll need to report it as a bug.

Did you try scrolling the bar for more icons? 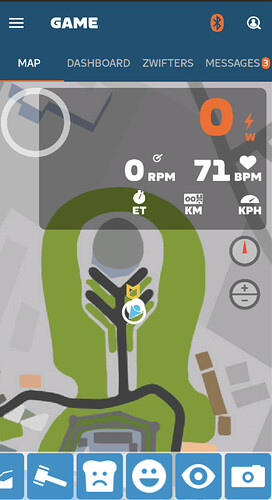 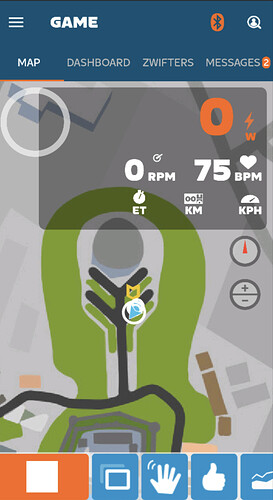 That’s all I’ve got.

Please god no, these annoying buttons (“ride on!”, “I’m toast!”) need to go, or at least have the option to be muted. People just spam them endlessly in pacebot groups and its irritating as hell

There are 2 volume sliders in the settings. I have game sounds almost all the way down, and hardly hear the dozens of “Ride On!” while in the start pens.
I did that mainly to stop the annoying “bee-boop” when the “Close the Gap” shows up or goes away.
The 3D sounds I keep turned up more, since that doesn’t annoy me. It’s interesting to hear where some sounds have been added, like the wood cutters on the way up the Alpe.

There are 2 volume sliders in the settings.

There are but they’re not fine-grained enough, you have to shut out sounds you want to hear in order to get rid of these annoying ones.

They are good enough for me, as I noted above.
What would be some game sounds you would want to hear?

Please god no, these annoying buttons (“ride on!”, “I’m toast!” need to go, or at least have the option to be muted. People just smap them endlessly in pacebot groups and its irritating as hell

Well, that’s what has added to my confusion. I hear “Ride On”, “I’m Toast” and “Hammer Time” but never a bell. I therefore assumed that nobody had that button but it appears some have and some haven’t. That fits the “bug” criteria for me so it should be fixed.

I do know it’s an option on the PC itself -

But, I don’t see it on the iOS Companion app.

Question then; does anyone have it on the Companion App?

I have it on my ipad (main device) but not in iphone companion app. The whole “strip/ribbon” interface needs reworking though, since its hopeless currently - the buttons move positions meaning you can try and hit one button and end up pulling a u-turn instead for example. Its like playing whack-a-mole.

Just leave it be, please!

No one sane wants to yell those stupid exclamations or even ring a bell in Zwift.

do you actually want the bell? if so why?