I have been trying to reach Zwift HQ on the forum and by e-mail (developers@zwift.com) on what seems to be a difficult topic: getting access to an API.

Let’s start off that I perfectly understand that for Zwift there are concerns regarding publishing data through API:

However I do believe that both concerns can be addressed:

However, once a semi-public API is released by Zwift, the opportunities would be endless. It would give a boost to the Zwift community and enable clubs, race organizers and developers to automate tasks or release new functionality. 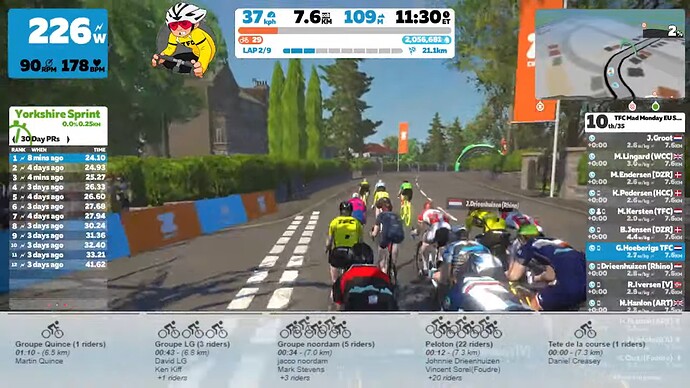 As an example, I built a Zwift Time Gap visualiser last weekend, however I was forced to use Zwiftpower data, which lags Zwift by ~1 minute and is often inaccurate (see stream). If a good API was to be released, this would have been a nice feature for everyone in the community and it wouldn’t have cost Zwift HQ one drop of sweat to see it develop.

I hope you’ll consider the request!

That’s so obviously a good idea, that they’re never gonna do it. Someone would have to apologize for not doing it earlier.

Also, THIS is the level of expertise Zwift is currently operating at.

That being said, I’d have some good ideas too and might consider buying an API key.

They did actually have APIs available early on, but shut them all down.

@Eric has spoken about encouraging innovation on the platform - a closed-shop obviously doesn’t support that goal.

I am aware of this; exactly because of their previous shutdown, I mentioned the first of the 2 main concerns.

But we are talking here about May 2018. Almost 4 years have passed. I am sorry, but I have a hard time believing, it is impossible to release the same data but with the GDPR/personal data stripped. Do you see the GDPR as a good reason for not having a officially distributed Zwift API for almost 4 years now? 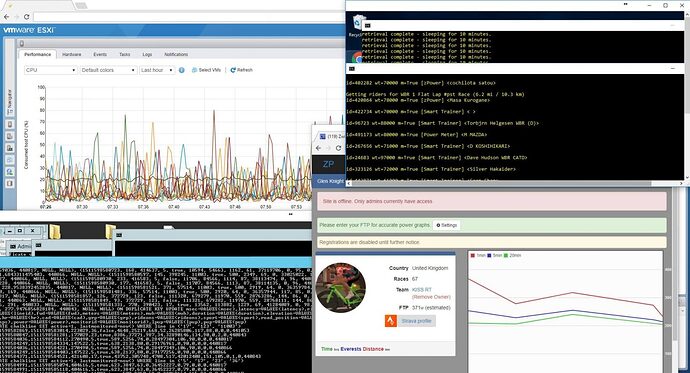 All About ZwiftPower’s Temporary GDPR Shutdown

Find out what’s in store for Zwift’s race results site.

It’s way too useful to not have, and since we have been waiting for Zwift to add to or change the in-game UI for five years I’m not holding my breath …

So we have these options:

I’d be ware of doing option 2 as well given zwifts history of using their legal department to send nasty letters when others were scrapping data from zp.

Possible is fine but really unsure what their view on it would be.

But the idea is great and something zwift should consider. If the op can knock it up in a weekend i’m sure with 6 months Zwift can do something similar

Anything new on APIs also regarding zwiftpower at very least? Wanted to test something (non standard) for a new league but want to do calculation automatically. Hence need to load data in somehow and API should be the way to go.

If someone has done pre work also for non standard solutions for access let me know. Thanks!

The silence is very sad.

Zwift: please listen. You could have a very good ecosystem around Zwift at zero cost to you. Please open up the API, allow syncing .fit files etc.

I have very little hope left at this point

Yes, I totally agree with Jan and neither do I understand what is taking so long. I do understand the complications, see my first post here, but not why noone at Zwift HQ seems to care about this: almost like they don’t realize huge improvements in Zwift experience were made thanks to API-depending initiatives like Zwiftpower and WTRL. The thing which strikes me most: I learnt WTRL gained access to Zwift API without prior permission (‘hacked’! some might say) and only confronted with this afterwards, Zwift HQ realized they could not shut it down anymore.

There are so many initiatives going on ‘under the radar’ (e.g. Sauce4Zwift being one of the latest big ones), but Zwift HQ currently has no idea which applications or developers are currently tapping off the Zwift-data, also because it does not give any developer the chance to. Unlike WTRL, I am not the type of person to gain access to the Zwift API without prior permission and start using the data. So I have sent multiple emails regarding API-access or alternatives over the past year but without any reply.

will get zero reply from Zwift HQ and nothing is done on publishing an API, while the bad boys

are allowed to continue their Zwift-activities and are even allowed to use the Zwift API. Any semi-decent developer can get access to the full history of Zwift racing. It seems to me Zwift is tolerating it, because they know there’s some added value to the data being used, but they are slacking in facilitating this properly. So now we have ended up with the worst of both worlds for many years:

Hopefully I am able to make Zwift HQ realize that the above combination could in many ways have catastrophic PR consequences, and they start facilitating Zwift-data usage in a organized way.

Yes, I totally agree with Jan and neither do I understand what is taking so long. I do understand the complications, see my first post here, but not why noone at Zwift HQ seems to care about this: almost like they don’t realize huge improvements in Zwift experience were made thanks to API-depending initiatives like Zwiftpower and WTRL. The thing which strikes me most: I learnt WTRL gained access to Zwift API without prior permission (‘hacked’! some might say) and only confronted with this afterwards, Zwift HQ realized they could not shut it down anymore.

That would be another data breach if that is accurate?

Perhaps for Zwift HQ the above request for a solution is not understood, because they do not feel the problem.

Apart from “nice-to-have” additional features, there’s also the “need-to-have” for simply running race series. I am slowly getting the impression Zwift HQ does not know how much work that takes.
Last week DIRT published a blog/post on their series about how much effort it takes them. and let me quote:

“somewhere in the region of about 8-hours work each week”

This is no different for the TFC Mad Monday race series, which I help to process the data. I have automated a few things, as one might imagine after reading this topic, saving many hours of work each week, but the idea that the scripts can be closed by Zwift HQ on any day, is simply unbearable. The same applies for some other Zwift racing series.

So this is the problem. The community needs it. At least a reply to one of the many open emails, PM’s or topics would be nice. @xflintx @Eric

Very similar to us at Rhino Racing. Because ZP is not really compatible with what we want to do we are forced to develop 3rd party sites for results and require a huge amount of time to administer and update

If we had the same API access as the likes of WTRL we could do some really exciting things along with massively cutting down on the time required to admin events.

I know of multiple organisers who have just said it’s too much work to try compete with WTRL, ZHQ mass events with such a limited toolset available to us.

I finally got a reply from Zwift HQ. I feel obliged to give a summary for all other people who are waiting for this:

Thanks for the update Gerard, Did they define what a season is as coming seasons could be anything from a few months to years.

Unfortunately they did not define that. My interpretation of the above is:

This is why the Developer API should be the same API used by Zwift HQ developers and partners. If Zwift and “important” users all depend on the same infrastructure as “unimportant” developers, it will have to be tested and maintained, and failures will be noticed by all. Else it will be a perpetual stepchild.