Following a great discussion on the ‘The Wrap’ podcast with Nathan Guerra and Anna Russell (@Nathan_Guerra_Vision), how about if Zwift added Quests or Challenges to its maps? This would be a great way to keep the platform feeling fresh, to be able to tell stories, and to maintain engagement for the more casual riders that use free ride regularly versus training / racing etc.

So how would this work? The podcast got my mind whirring. Imagine if there were different spots on the map that acted as trigger points for a challenge. When you ride past these points, you get a brief opportunity to launch the challenge by pressing a button on companion app or a keyboard shortcut. Some of these challenges could be shown on the map, others could be more secret.

When you accept the challenge, different things could happen:

The possibilities are endless. As well as a great way to tell a story in a new map, it would also work to refresh older maps as new challenges / quests are added in game releases.

All of the above could be client side, but then you could also expand it to cover group or club challenges.

Add your ideas below!

This will be so much fun (for those of us that like having fun).

I have played Zwift Gold rush with Nathan and also Zwift Quest. This was on the ZwiftGPS.com site.
We have asked that these games get incorporated into Zwift Proper. 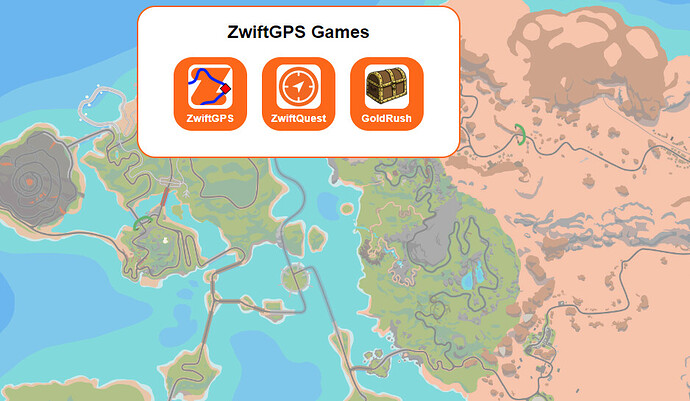 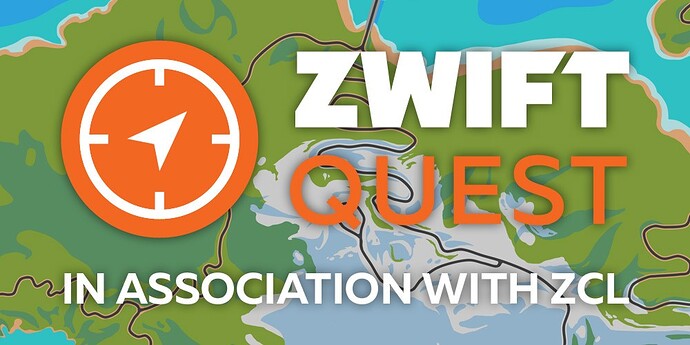 An Evening with ZwiftQuest: Who has the best route? | Zwift Insider

Unfortunately Zwift removed access to so many functions that user programmers used to create these fun things.

WTRL took over ownership and management of ZwiftGPS and Goldrush game so i assume it will works with their access.

Personally I wouldn’t use it even if it was working, I’m talking about something in-game.

I’m talking about something in-game.

Yes this need to be ingame. My examples was just to show that it can be done and that there are a need for that.

When you select Tag as an option, someone on that map (who also selected the option) is ‘It’. If you find that person and draft off them for 5 seconds, you are ‘It’. How long can you manage to stay ‘It’?

Like capture the flag! Yes!!! Find me at the top of the radio tower

I’d like to be able to challenge people in game, you are both approaching a sprint, you both put up 10,000 drops or whatever, whoever wins get’s them from the other.

There you go–the person who’s ‘It’ has a Ride Leader sort of distinctive flag hovering over them. Come get me!

And only visible to people who opt in for that ride, so no distraction to others.

Although maybe this would devolve into a bunch of people furiously u-turning 5, 10, 20 times in a row

Maybe need to limit U-turns for that reason. But losing them at an intersection is fine.

I’d like to be able to challenge people in game, you are both approaching a sprint, you both put up 10,000 drops or whatever, whoever wins get’s them from the other.

Not sure if people would like this or not, but it would be somewhat interesting if Zwift let you know if someone nearby you is close to your “category” (maybe use CE definitions, maybe have it be power profile that best suits the upcoming segment - be it a longer KOM such as the volcano KOM, or a sprint). Then you can decide if you want to challenge them. They would also know you’re roughly in the same category for that type of segment and decide if they want to race or not.

There’s no point in challenging someone to a sprint if they can push out 1400W for 30 seconds when your max is 800W, similarly there’s no point in challenging someone who can do the volcano KOM at 5w/kg when your best effort is 3w/kg, but Zwift does know both of your w/kg across the entire curve, they could match it to the next segment, and could let you know who would be an ‘even’ match for you on the segment nearby to challenge for whatever bonuses the game wants to give.

Agreed it shouldn’t turn into a wattage-cannon competition.

There’s an old board game called “Scotland Yard” where everyone travels a known map and you’re cooperatively hunting “Mister X”. Mister X is invisible most of the time but you get to see what mode of travel they’ve taken (tube to taxi to boat etc) from which you might deduce their location.

Maybe in Watopia, Mister-X can auto-route invisibly (and see the pursuers) but if they manually turn to avoid, they show up temporarily on the map. (or if they pass certain landmarks, it announces they’ve been seen near “Scotty’s Hillside Condo” or “the KQOM Tower”)

I realize this is dreaming in technicolour - Zwift has a LONG way to go just to get its house in order, refactor the code (or use an off-the-shelf engine) before they’d likely consider entirely new game modes. Still a fun thought experiment.

I realize this is dreaming

A few years ago for Halloween you had to ride around Watopia to numerous different spots to get all the pieces of the dino costume, that was the best Halloween on Zwift and way better than the Halloween pace bots from the last two years. So there is some history that a scavenger hunt type of quest can be done. Could be a monthly mission to get a new kit, hat or something.

that was by far the best time ive had on zwift.

How about a Poker Run?

What do you mean old? My extended family still plays Scotland yard

Good game for younger kids to play with adults.

LOL! Hey, we have a copy of that game here too!

My LBS is doing that the day after Thanksgiving next week

The “plan” as such is a poker run: