The bit about this that is confusing me is that the companion app thinks they have started their ride before it has loaded.

Is that what normally happens?

Tech wise competent enough, OS reinstalls are not an issue and as i said last one was done in Nov 21. My laptops dont take long to load thats not the problem the problem is the time zwift takes to load from the ‘lets go’ to searching for my smart trainer and HRM.
Once devices are connected if i join a ‘just ride’ i can say this can take up to 5 minutes but normally less.
If i join an event i know several things can happen
Takes ages to join often miss the start, despite logging in 30 minutes or more before, and zwift can often close when i do join
If i join the event from companion app the zwift game will often not recognise this, i then have to cancel the event from companion and re-add via the laptop or cancel via companion, re-add, cancel, re-add until the game recognises i have an event to join

Will find logs of longer rides and upload over the weekend.

Whenever i have long ‘join’ time i can almost always guarantee that Zwift will load the event, will often say ‘joing riders’ or whatever message that is about catching you up to the pack and then Zwift closes down

Thanks for all tips, im getting a friend around at the weekend with his laptop who uses zwift and we will test from his and then go to his and test again from mine

Does your home network have anything extra, like a mesh network, VPN, or anything that could be causing a delay with talking to Zwift’s servers?

It seems to be the default behaviour now on my PC, since a few updates ago IIRC. As soon as my trainer is paired to Zwift, Companion on my phone shows the map screen, though not showing a map until I select and launch a route/ride. Don’t recall if this coincided with the new UI or not.

yeah i get that too but i didn’t think the timer started going until you started riding, how does it know what world you are going to be on? and when you end a ride it goes back to the map view too.

True, Chris. The timer only starts on mine when I arrive in a world, or a group ride or race begins. When a ride ends, my Companion returns to whichever tab/section was visible before the ride.
In the OP’s case it almost sounds like there is more than one device with a Zwift session actively running on it in the OP’s vicinity, but the situation described doesn’t quite fit.

That’s because you’re in the ‘home world’ thing, behind the menu. The first one isn’t selectable, so the Companion chucks you elsewhere.

When you say zwift closes down does it actually crash?, is there anything in event logs of the crash?

As for the joining events if you can replicate the issue often I would start my ruling out things.

As everyone else suggests the times you are experiencing are way above the norm for a modern pc.

If you haven’t run a log file through ZA I highly recommend it!! 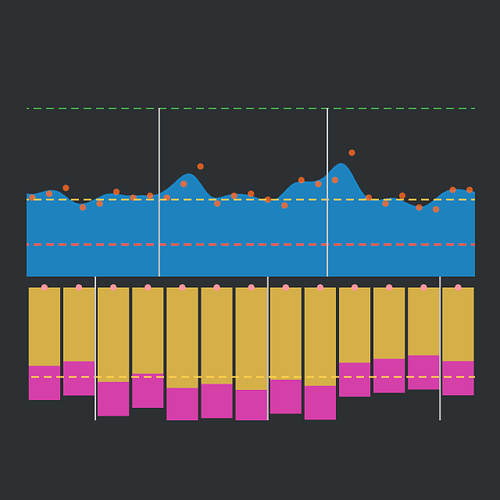 Zwiftalizer 2.0 - The Logfile Visualizer for Zwift

Drop your log file to see your graphics, sensors, and network performance data

It seems to be the default behaviour now on my PC, since a few updates ago IIRC. As soon as my trainer is paired to Zwift, Companion on my phone shows the map screen, though not showing a map until I select and launch a route/ride. Don’t recall if this coincided with the new UI or not.

This has always happened as far as I can remember.

On iPad and ATV (my first three years on Zwift), it was definitely different: Companion map screen only appeared when the route/ride/race was launched. No map during home screen selection.
Maybe it’s always been like what I described on PC? I can’t recall what PC with old home screen was like, as I only had that for a short time and my PC experience was new and different, so I didn’t concentrate on Companion’s behaviour.

I think it’s a semi recent change - sometime in 2022. My recollection is the CA used to sit at the screen as if you weren’t on a world until the world actually loaded and you could ride.

Thanks for reaching out! I’m sorry to hear you have run into this issue, but we are here to help!

After looking into your account and your computer, it seems like you are experiencing issues consistent with the Intel integrated graphics card issue explained in this forum topic.

I’d like to follow up with you via email to discuss this further, so I’ll be sending you a follow-up email shortly with more information. Thanks!

Thanks for this. I received a firmware update from zwift today and ran the program and entered an event and load times where way quicker and no crash but still maybe the load time could be increased further. I have done another re-install of windows 10 today, since my ride. I will then login to the game and set the game resolution settings from the medium setting to the low setting and hopefully test again tomorrow. Thanks for investigating this and acknowledging the possible issue with the 10th and 11th Gen Intel CPUs with integrated Intel GPUs.

I have had 2 succesful rides in the past 2 days. Both on Low game resolution and the load time was better. However on the low game setting companion app doesnt seem to want to interact. I moved it back to medium and companion app chnaged to game mode and i could interact with my fellow riders.

I made the changes and went to the lowest game settings. This was better performance but the companion app wouldn’t connect. Since the last update i have moved back to the middle game settings and the load time is better but most importantly no crashing. Thanks for the tips.

The game resolution setting shouldn’t affect load times unless your system is extremely unsuitable for Zwift. It certainly has zero bearing on the Companion app.

Hi Dave, thanks for your input. As Zwift support themselvels reached out, as seen above, and in a personal email to me, acknolwdged that there is a ‘known’ issue with certain intel integrated graphics cards they themselves advised to chnage the game settings and it DID improve load times.

That issue for 10th and 11th gen iGPUs relates to the game randomly freezing up, which may well be improved by lowering the load on the system via a lower resolution setting (not that you should have to accept a worse experience to make it work), but if it’s also significantly improving load times then something else isn’t right. Let’s Go to the pairing screen should be well under a minute no matter what your settings are.

I see you’re in the UK, happy to fix you up a dedicated rig if needs be. Drop me a message if you’re interested.