Events are gone! List of Events is empty! FIXED!

Anyone else experiencing this? No events showing on Home, can’t join races I’m signed up to. 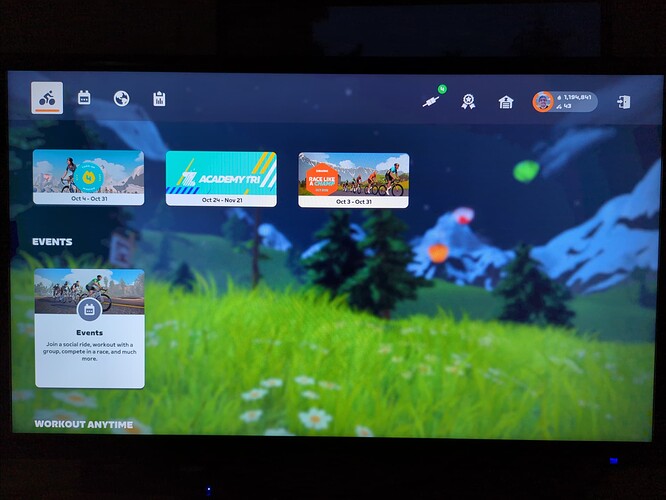 I lead the 3R Volt Ride at 6:00am GMT this morning and despite 70+ signed up only 19 joined the ride. I had no keeper as his events had disappeared too. It seems this was a universal issue, one of our other rides, usually quite popular had only 7!!

Be interesting to hear what has happened, looks like maintenance next week is well needed

Having signed up to 0805 3R race in Companion, no join prompt was given, having entered Watopia.

The old trick of unticking and then reticking pen in Companion did nothing.

Similar issue on Android old UI, no events listed, no join prompt in game having signed up for 0815 in Companion…

But unticking then re-ticking in Companion DID being up join prompt.

Same, but everything is ok … 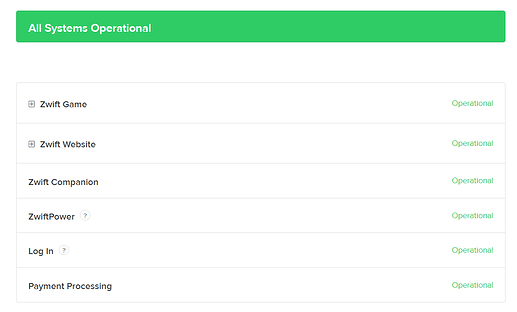 Did anyone try clicking on the second from left icon in the top (between the guy on a bike and the world)? The one that looks like a calendar, but takes you to the events page.

I’ll answer my own question. Nothing shows up there either except:

“We didn’t find any matching events, here are some suggestions to help you get going!”

I’ll also add that signing up for an event using the companion app or website, then joining a free ride doesn’t show the JOIN button in the lower left.

So it seems impossible to join any events at the moment.

I have the same issue. No events listed.
I have done a complete uninstall/reinstall on Windows which did not rectify the issue (so if anyone else was thinking of going down that path, don’t bother).

I got a join event button by joining via companion app repeatedly until the join event dialog appeared. Then it was free ride with beacons until the event tine when we got sent to the start line.

Same on IOS, joined on companion but no option to join the event in game

Yep same. Just reported it and they are on it already. Apparently they will post here when fixed

Windows 10 OS. No events show up in game UI. Can sign up from companion but then get stuck in a purgatory when trying to join from either in-game or companion app. 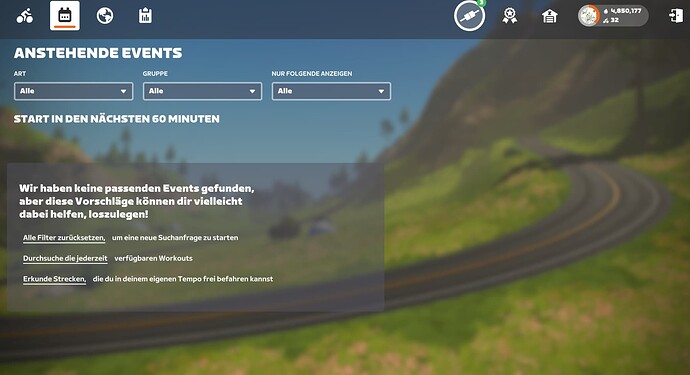 I do! No events on the list! Neither Apple TV or iPhone.

I have the same issue. I tried Zwift on both tablet and laptop even restarting them. No help.

Strange all filters cleared and still see no events to join

Same here No Events showing! Seems on their end if we are all seeing this