Bug: Visual anomaly - heat blur with no heat source (not in volcano)

Riders in several locations in Watopia NOT in the volcano randomly had “heat blur” applied and wobbled in and out of focus like a Star Trek transporter. No heat source nearby (screenshot is from the KOM). Transient only each time, a few seconds and then back to normal.

(Ignore masking for anonymity in screenshot. Edited for closeup “zoom” but can provide original screenshot if needed) 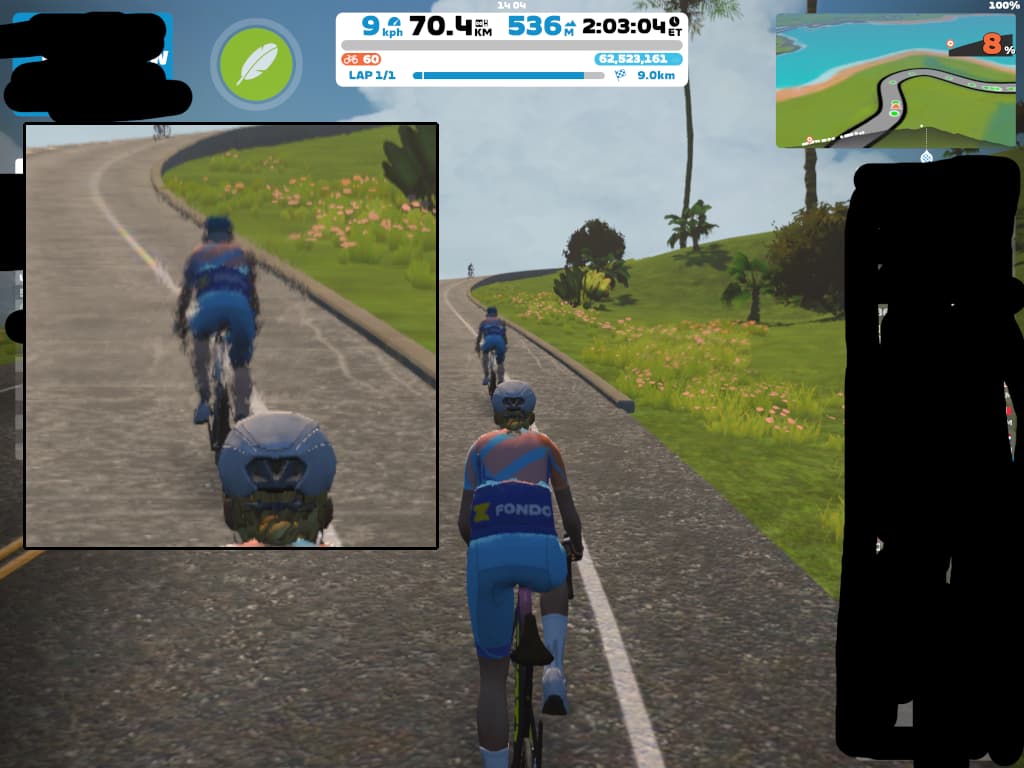 I’ve also seen this a number of times, but normally when I’m near (not necessarily facing) the Volcano or the Desert. For instance, following Beach Island Loop, the turn signs at the top of the climb out of downtown get the blur.
In the desert the blur will appear over objects that aren’t very far away…

The most likely culprits for these things are fault-like structures in the Zwift-time continuum. Nothing is going to collapse into chaos just yet, but high traffic from more people riding during the Northern Hemisphere winter is causing a lot of pressure and abrasion between dimensions.

Yes, I think in the Volcano its definitely a deliberate effect. I’m not sure I’ve seen it in the Desert, but I could kind of understand that as a “mirage” effect. On the KOM climb, or downtown though I’m pretty sure this is a bug right? There’s no source of heat and the effect came and went for no apparent reason whatsoever

I haven’t yet seen it there, and yes it is strange.
I meant not actually the volcano/lava itself, rather stuff on the roads/connectors nearby.

I’m not sure I’ve seen it in the Desert, but I could kind of understand that as a “mirage” effect.

There’s definitely a mirage effect in the desert, off hot pavement - I was marvelling at how well done it is on a ride today. Check out the beacon: 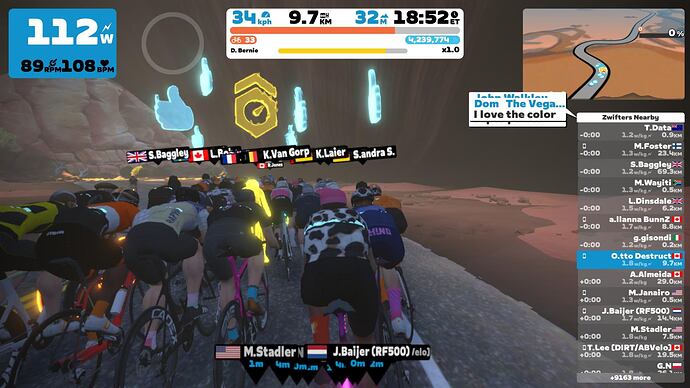 It’s hard to see in this screen-cap but it affects the blue ride-on thumbs, riders, and scenery. Seems pretty clear this is a deliberate inclusion to convey a sense of heat.