When descending through the caves/caverns in Urukazi (e.g. if cycling reverse “Turf n Surf” route) there are multiple boulders incorrectly placed in the middle of the road that your avatar cycles through. One is the size of a small car.

This is consistent / the boulders remain in the same place across multiple laps/rides. 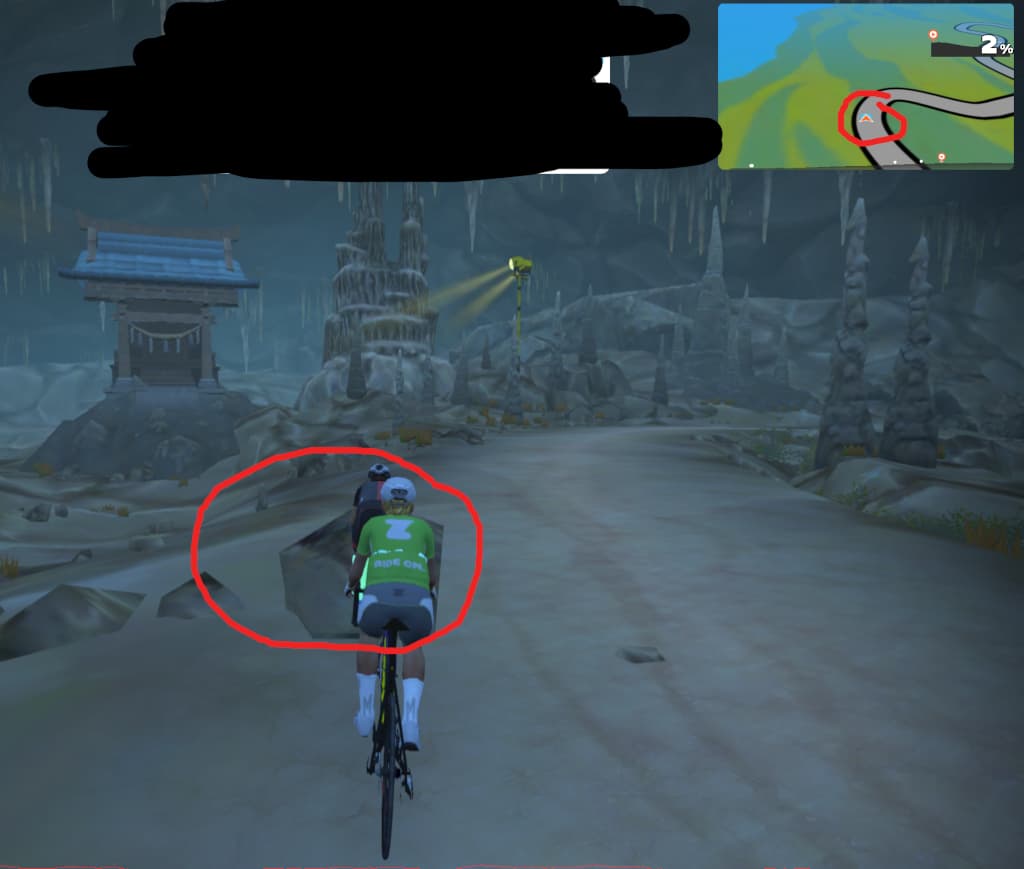 That looks more like you’re off too far to the left of the road, so maybe the boulders are in the correct place but you’re being routed incorrectly?

I don’t think so, I think that’s just a trick of perspective/the way I cropped the photo. The boulders were some way out into the road, and it was not just my avatar but other avatars riding “through” them. It felt like road position was normal. Let me see if I have any other shots that show the same thing.

I have this on iPadOS and tvOS. I’m glad they are not real, even if a bit visually disconcerting. 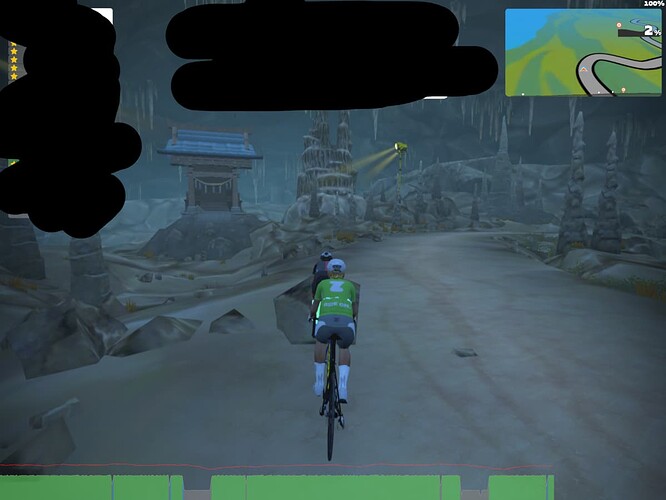 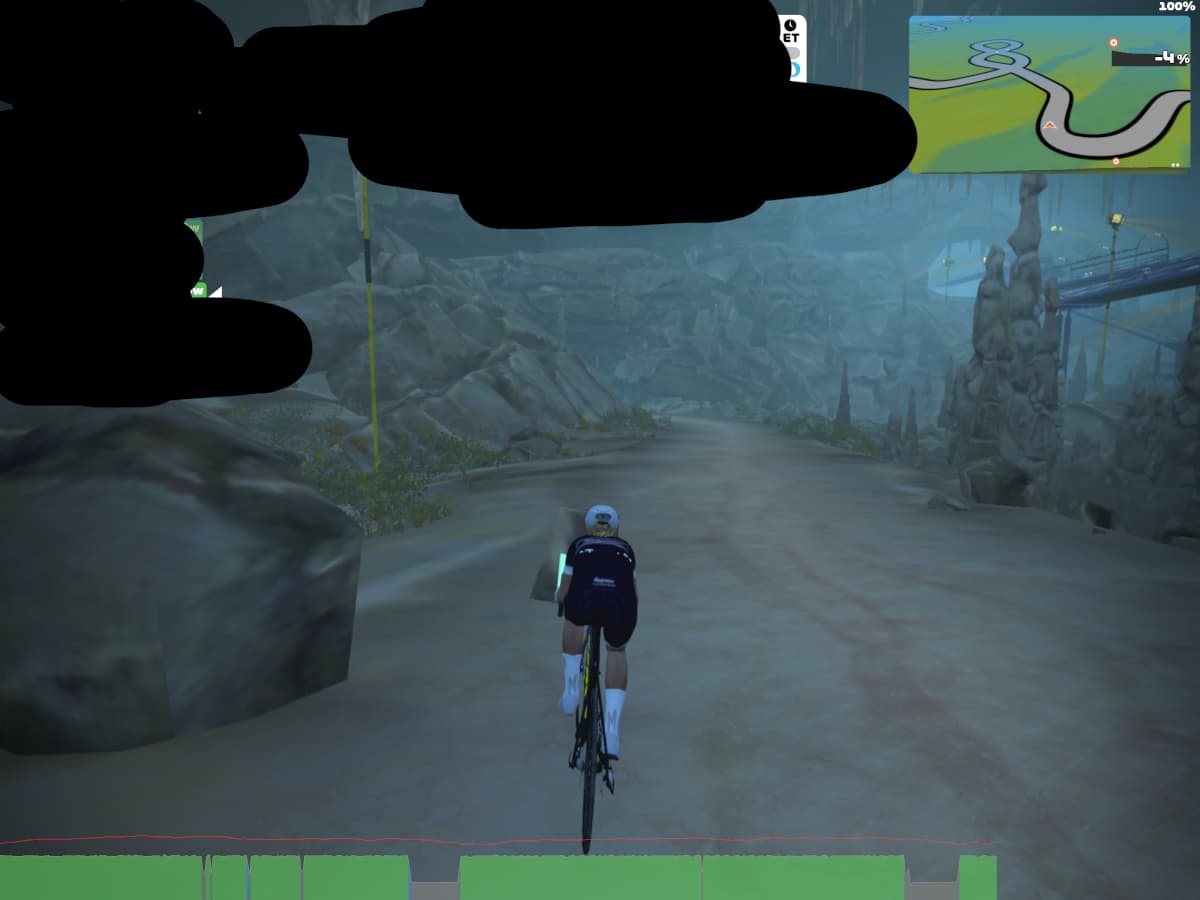 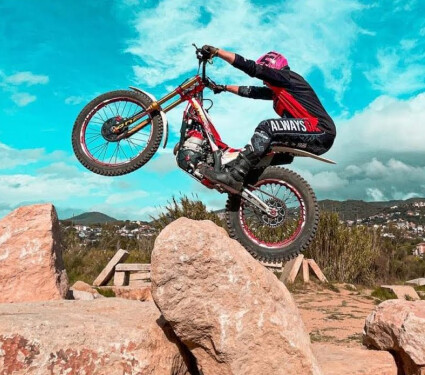 edit - if you were here it’d make more sense to me: 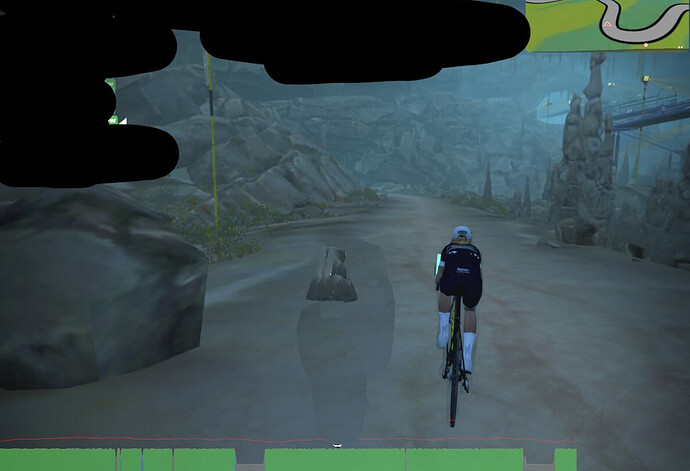 All I can say is that it did not feel like that was the issue, in the last screenshot above the wiggly line to the right of my avatar is actually the centre line of the road - you can see that as it goes into the distance - and my avatar is midway between that and the edge of the road on the left.

I think you’re getting thrown by the proximity of the boulders - but my point is they were stuck out into the road, niticeably. That large boulder in the last screenshot was also well out into the road too, just not enough for my avatar to cycle into it - that’s not the edge of the road, which is several feet further to the left.

Additionally, my avatar’s road position did not change on this section of the map from the rest of the map.

I appreciate you’re trying to help, but I’m confident you are wrong on this one.

I’m confident you are wrong

You know me too well! haha!

where about is it? i’ll ride there later on windows and see what happens to me

Hehe, thanks - its hard to describe but if you head out of Neokyo down through the James Bond style caverns with yello mining/construction rigs in, you’ll come across it on the way down. In terms of accessing it, I don’t know the quickest route to get you to that point, perhaps someone else can chip in. I was basically riding “Turf n Surf” in reverse, but that’s not a reliable navigation method since when you’re off-route Zwift turn navigation is a law unto itself

EDIT: I think if you start “Twilight Harbour” route and then pull an immediate u-turn and take the first (right?) turn for what might be signposted as “Urukazi” or something similar, then that might be the quickest way?? But there’s a reason I stop and ask for directions rather than trying to read a map

yeah, i have been through the boulders there too - maybe it’s to encourage riders to get steering

Hi Chris did you manage to replicate this one during testing? I’m going to be riding Makuri again today so I’ll see if issue still occurs

Definitely no boulders in the road on PC.

I know you don’t think this is the issue but my road position is quite noticeably further towards the middle than yours is. Could be two issues combined, boulders too far over and you’re too far to the left making the effect double.

I took a few screen shots last time I ride there 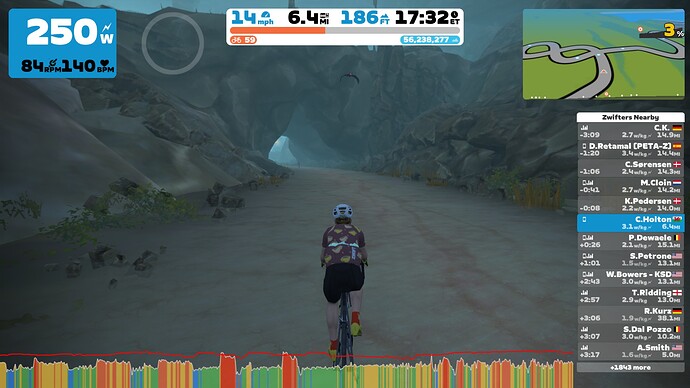 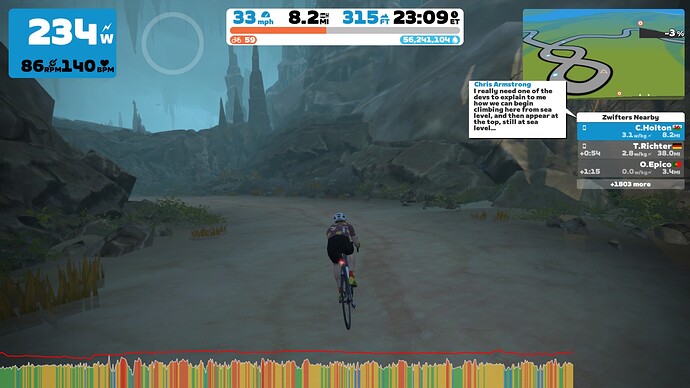 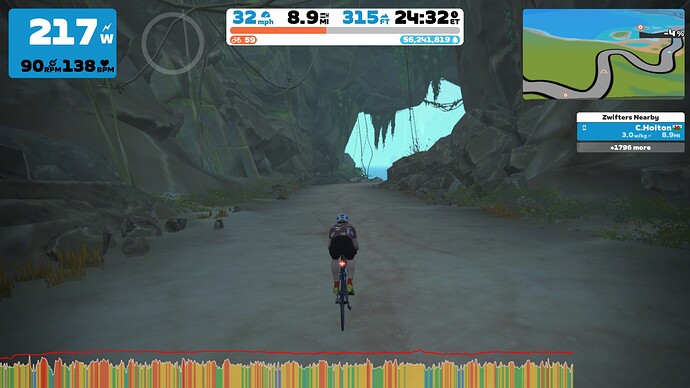 I shouldn’t be mean, I do appreciate you taking the time to check, its more than I get from Zwift support - they get paid to ignore me!

Its when you’re going downhill (reverse route), just after you pass beneath the overhead gantry.

I did the same route as you today (uphill) - and the boulders are on the other side of the road in this direction - but same bug, only its the riders coming the other way that are riding through them.

So the bug is definitely there and isn’t restricted to “my” road position. Its clear in this shot how far out into the road the boulder is, and you can see a rider riding straight through it (screenshots below): 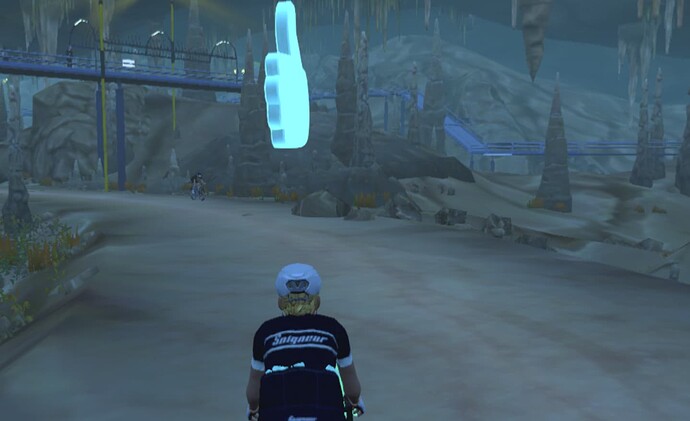 I shouldn’t be mean,

You shouldn’t - i cycled all the way up and all the way back down so i must have been in the right place and the correct direction for some of it - the screen shots were just an example.

edit - both of those screen shots are going downhill btw - so i think it is actually you that is wrong!

Hehe, I should stop messing with you

I’m not sure why you didn’t see the boulder in the road, unless its specifc to iOS/iPadOS?? Its consistent for me every time I ride Makuri, across multiple app hard-restarts, and as screenshots show its not just me, I see other riders cycling through the boulders too. Very odd - clearly a bug but I can’t understand why it isn’t universal if you didn’t see the same?

I didn’t see it because it wasn’t there - it is obviously platform specific. there are plenty of bugs that affect one platform and not another.
it doesn’t happen on windows.

Because I’m a gluten for punishment and because you were so nice to me, mocking me even though it was you who was incorrect

, I did a bit more testing on this and tried using my android phone.

And I did cycle through boulders on android.

So maybe android and iOS have the same graphics profiles.

I still think it is a road position error, there is plenty of road to the right of the boulders to go around them. It’d be like cycling in the gutter and complaining the drains are in the way.

Because I’m a gluten for punishment

I hope you’re not gluten-intolerant!

Seriously, though, I see these boulders on iPadOS and, I think, tvOS, so perhaps it is platform-specific. And without steering I’m not sure we can be ‘off line’ in our path. Definitely a bug, IMO.

Oh its definitely a bug, surely there’s no disagreement about that? Its just a case I guess of whether the bug is that:

That’s for Zwift to determine I guess, but its a bug either way