I’m getting very blurred/out of focus screenshots since the latest update. Its intermittent / not all photos.

Some are ridiculous, like the focus on the lens is way out, and the rider is just a smudge. I’ve uploaded one example but this has happened several times now. You can see that the map is in-focus/fine, but the in-game shot (the rest of the image) is blurred as if out of focus

EDIT: Things we know so far: 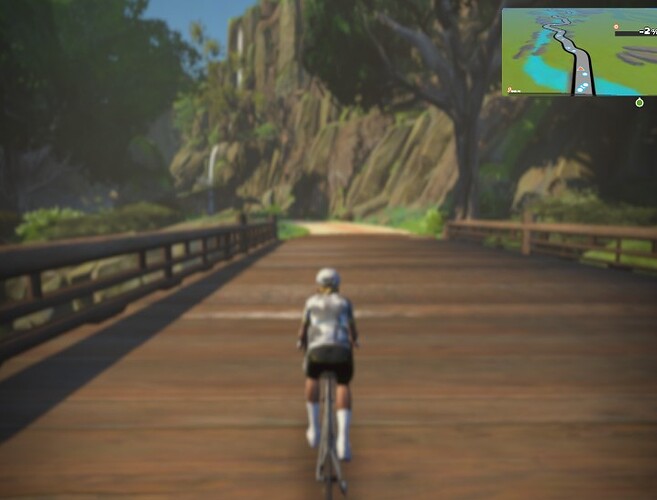 I only ride on iOS and have not seen it. Only possible (but that is not new) thing I can think of is in training sessions where you get that blurry “effort” effect towards the end of harder intervals if you that set on.

Thanks but no it is not that, not during a workout, and “workout pain effect” is disabled in settings (I always have that disabled, hate it!

This definitely seems to be an issue. Seen it happen to many riders and it isn’t related to the workout pain effect.

Thanks @Oliver_ZRace_Central - is reporting this here sufficient to get it logged as a bug or do I need to bring it to Zwift’s attention some other way?

still happening. another example. Anyone out there, Zwift support? 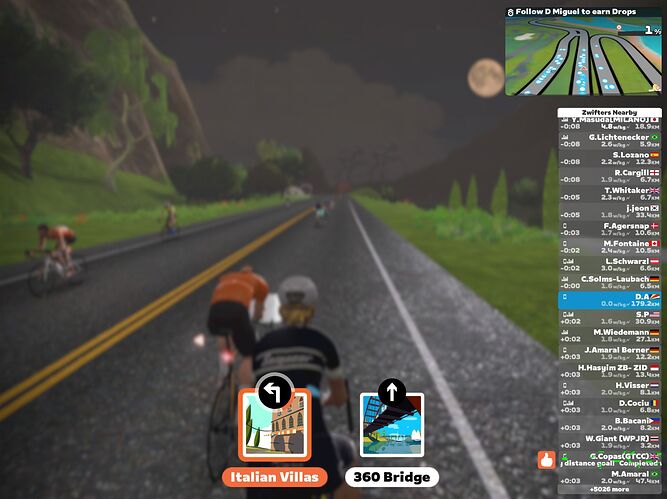 sometimes… depends on if the forums moderators pick it up/see it.

I have not seen this on iPadOS or TV OS, but don’t use Zwift on a phone so am not sure about iOS. However, it seems very odd that some of the elements are NOT blurred (presumably those parts of the screen that are rendered at a higher resolution than the game itself - basically all of the HUD elements). Have you checked to ensure that you are on the latest iOS/iPadOS/TV OS version, in addition to the latest version of Zwift? And have you tried force-quitting the app to see if a reload corrects the issue?

Yes, I am on the latest version of iOS and of Zwift. I update before every ride. This issue continues to occur across multiple rides across multiple weeks. No offence, but I know what I’m doing and this is not a “user error”.

Its worth pointing out at no point does the screen “look” blurred to me, its an artifact that shows up in screenshots only.

No offence taken. We are just trying to help. There don’t seem to be any other reports of this issue, so it seems more likely that something is not working on your end vs. something being wrong with Zwift. You didn’t mention if you force-quit the app after each use. This seems to ‘solve’ a number of strange issues.

I force quit after every ride yes, because of issues in the past. Standard iOS install, standard Zwift install, nothing unusual in my setup.

Interesting. You haven’t mentioned on what device you are running Zwift. You’ve said iOS, which would indicate an iPhone, but the screenshots make me think perhaps it’s iPadOS or TVOS. What is your specific device and model?

It is an ipad Pro 12.9 (MHNG3B/A), latest version of operating system. Its technically “iPadOS” for the ipads, used to be called iOS but I think they changed the name at some point, same difference.

This definitely seems to be an issue. Seen it happen to many riders and it isn’t related to the workout pain effect.

Have the other riders you’ve seen with this issue found a resolution? Might a delete/re-install correct the issue?

When you are seeing the fuzzy photos, is this in the Companion app? Strava? Zwift website? All of the above?

These are the activity photos as saved with the activity and uploaded to the Zwift activity feed (i.e. as visible at The at Home Cycling & Running Virtual Training App).

If I had Strava sync enabled (I don’t currently) then the same “blurred” photos appear there, yes.

(thanks for your persistence with this!

It would be nice if Zwift support took an interest, but I’ll take what I can get

I’m not quite sure. Just been seeing riders on strava with blurry screenshots. I’ll try and ask a few of them.

Its worth pointing out at no point does the screen “look” blurred to me, its an artifact that shows up in screenshots only.

There are a couple of known issue with screenshots, one specifically crashes Apple devices. Your blurred screenshots may or may not be related to the root causes of these other things for which the fix is coming next week.

In the meantime, I’ll flag up your report. Thanks for the screenshots, as these help us see what’s happening on your end.

@shooj @D.A. Coincidentally enough, I actually ended up having this issue for the first time on my ride this afternoon. A couple of things I noted, the first of which appears to be true for @D.A photos above, also. (The second might be true, but there is not yet enough information to know.) 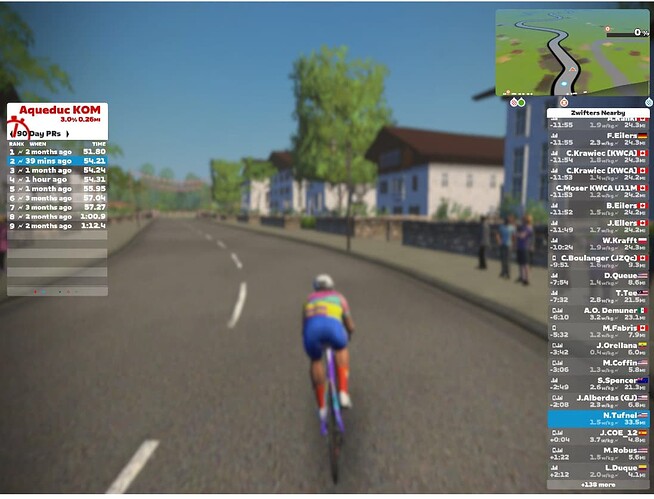 Thanks @shooj appreciate you logging this, let me know if you need more info.

@Nigel_Tufnel good to see the independent verification, again with screenshots, should help confirm/validate this as a real issue for Zwift support! At least I know I’m not imagining it now

In terms of the points you make, they’re very valid. (1) UI elements do seem to be missing yes, not sure if this will help Zwift identify cause of the bug, and (2) I do a workout on most of my rides, its hard to say if the screenshots were taken during the workout or afterwards though because of all the missing UI elements as per your first point. However, given that I understand screenshots are taken at “key” moments now, such as taking KOM jerseys, finishing workouts etc then that is certainly plausible. It may also explain why only relatively few people are reporting this issue, if it is limited to screenshots taken at end of workouts only, however I cannot confirm either way.