Why is my 100km jersey plain gray?

I recently earned a 100km jersey, but when I went to check it out in my garage, I was disappointed to see that it was not the same one I have seen throughout my time on the site. Mine is almost entirely plain gray with only a pale, unreadable “100” pocket decoration. No familiar Zwift logo on the back as I have seen on others’ jerseys. Completely unidentifiable and uninteresting. Not worth wearing at all. Is this a bug?

Or you’ve got less than 8GB of RAM.

Not 100% sure, but that sounds much like mine has been for the last 18 months or so. There’s some detailing on the flanks and shoulder caps. It’s always been a subtle jersey. (Ignore the permanent shadow in my images — a new bug in iOS in garage): 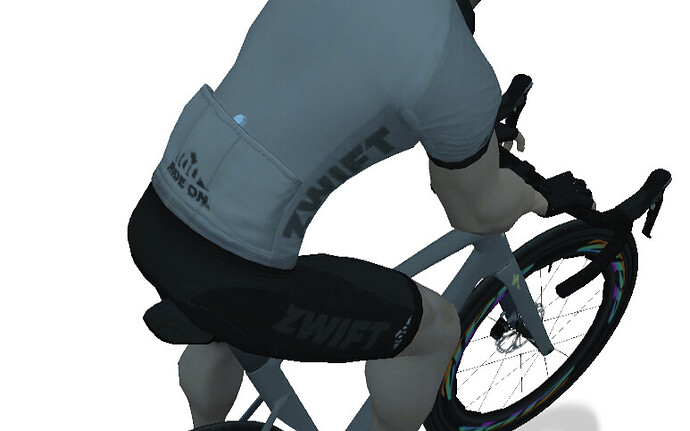 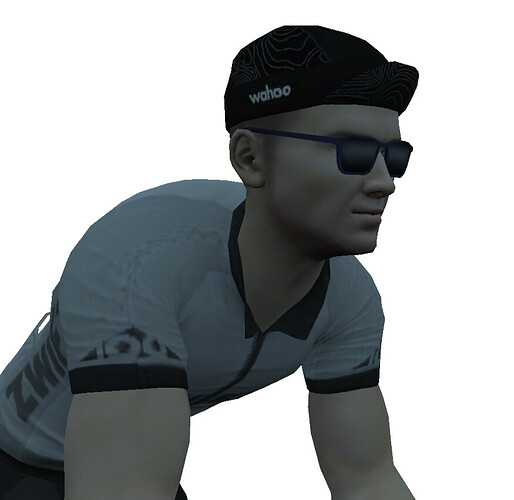 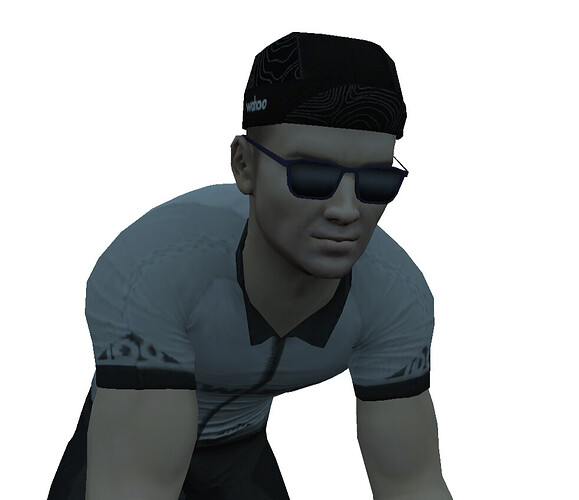 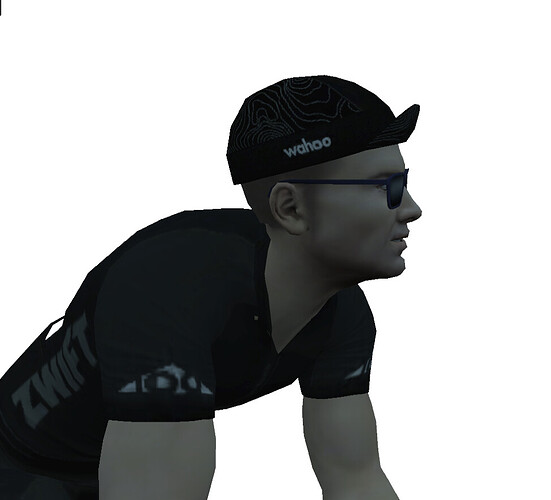 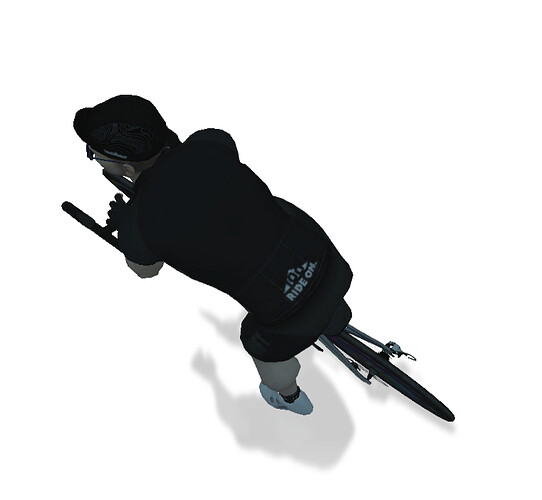 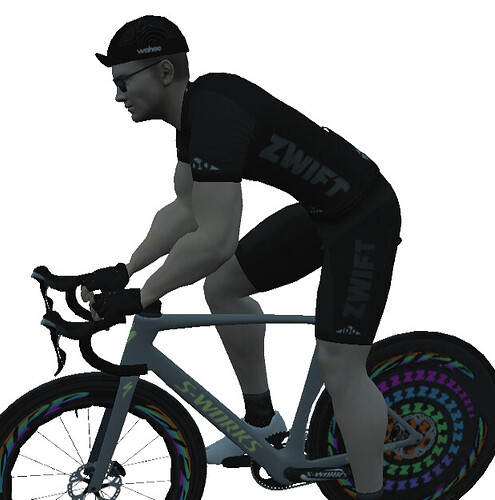 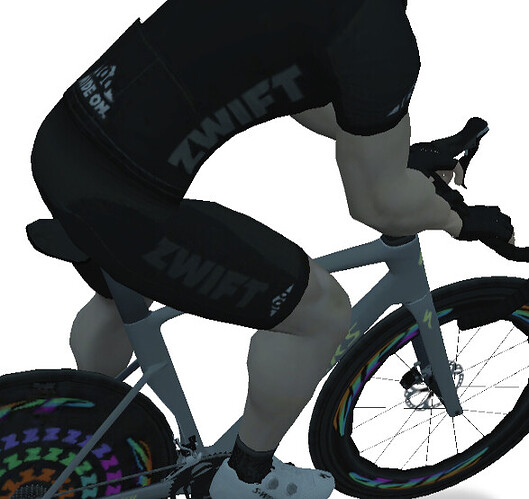 Thanks for the replies. Here’s the jersey I’ve seen on rides as recently as a couple of weeks ago. (screencap from zwift fandom wiki). Perhaps this is an older version and I never noticed the new ones because they are so drab. 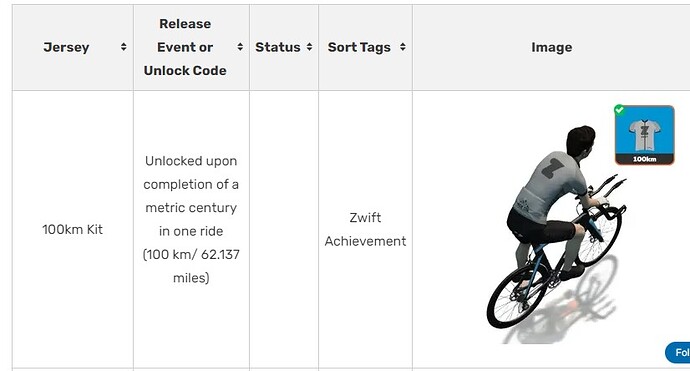 Must have changed them then? Bit odd.

Edit: yeah both plain for me.

I don’t have the “Z” on the back of my 100km one from what I can recall. Just checked the screenshots and don’t see on on the 100mile jersey either.

There was also the big “Z” on the Tour of Zwift jersey earlier this year, clearly visible in the promo material, but since the “Z” letter was deemed “toxic”, I assume it was removed.
There were several discussions here earlier this year about the “Z” being “toxic”, given the Russia/Ukraine situation.

Looking at old screenshots from rides in January, my century jersey definitely had the big “Z” on the back. Looking at the same jersey as it currently sits in the garage, the “Z” is no longer there.

This is odd. I looked back at some old Activities
screenshots (Sept 2021) and found that my imperial century kit did have the large ‘Z’ on the back. I’ve barely worn the metric century kit, as I got both in a short timeframe, but I am sure that one did, too. It makes me realise how unreliable memory is…

Going back to what I wrote earlier, I suppose my feelings about the jerseys being subtle was more about how small the ‘100’ graphics are on them. Even with the large ‘Z’, it was still subtle, not screaming out: « Look at me, I did A HUNDRED … », but still communicating to those in the know.

To assume that the removal of the ‘Z’ from them is a direct result of the situation since the abhorrent Russian invasion of Ukraine is understandable, but a big leap. After all, that imagery is still everywhere in Zwift, including on other jerseys (e.g. basic Zwift, available to all), on the start-up screen, and in the Clubs icon in Companion, which itself is pretty new (unless my memory is playing up, again). 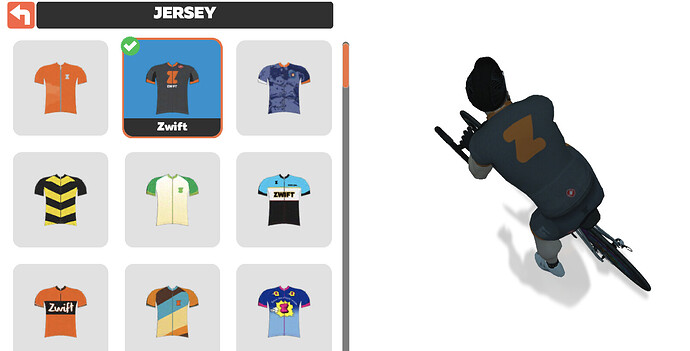 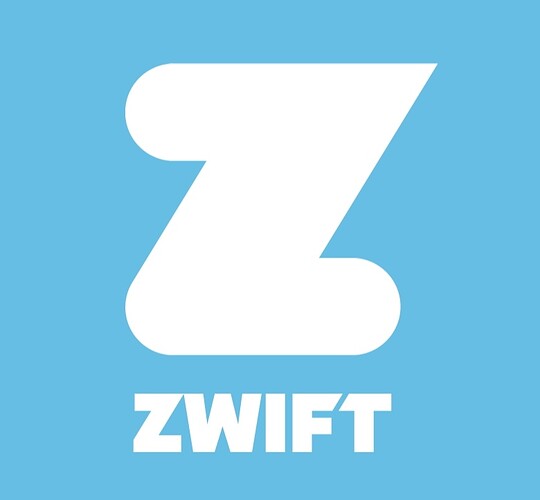 So even jerseys in garages have been changed. Bummer.

In the weeks before I rode the 100km, I really enjoyed seeing the occasional wearer of the old jersey and thinking “some day soon, I’ll have one too.” It was very motivating. The jersey was indeed subtle, but stood out just the right amount – enough to notice if you were looking, but not so much as to seem boastful. Now minus the Z, the jersey is completely camoflaged. It looks like my avatar just pulled on an old t-shirt.

Whatever Zwift’s reason for doing this, I think it was a mistake. It damaged a tradition, diluted their brand, and seems an arbitrary change at best.

Maybe if you report it as a bug that the Z is missing, you’ll get an answer? 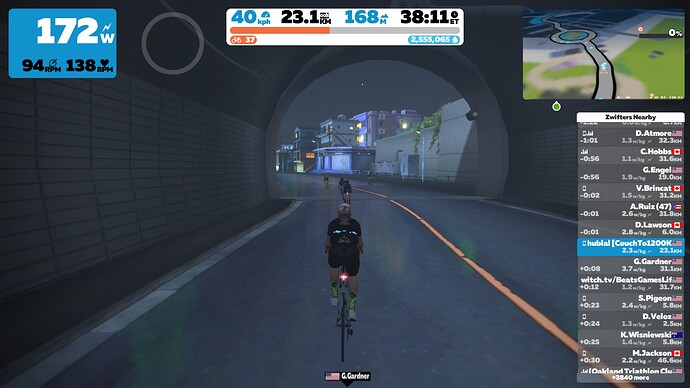 Interesting… sure enough, here’s a screenshot from 12/14/21 where my 100 mile jersey has a big Z on the back. The Z is gone now. I can’t imagine they did this in response to the Russia/Ukraine situation since, as others have mentioned, “Z” logos still appear in several other places in the game and on other jerseys.

@shooj Can you please get confirmation on whether Zwift is aware and working on this bug?

It’s not a bug, IMHO.
It’s a decision Zwift made in response to the “Z” being labeled as “toxic”.
The Tour of Watopia ride kit was also changed.
From the official announcement - 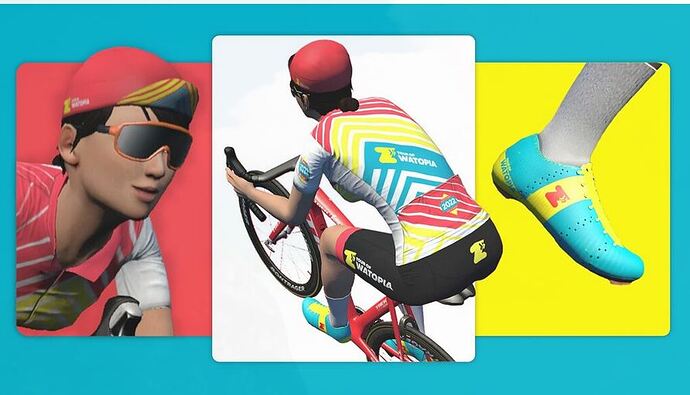 It changed to this - 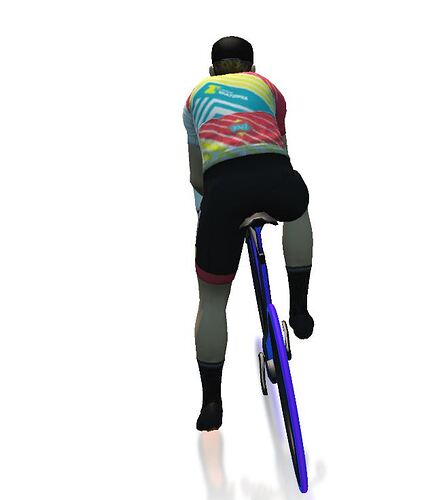 Notice the “Z” missing from the back of the cycling shorts. 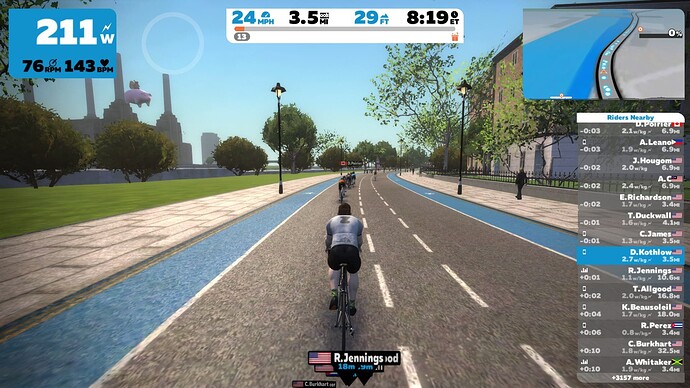 The Z is gone from the back of the shorts, but there are still at least 3 other Zs on the kit. If the butt-Z was removed with the intent of removing a “problematic” symbol, it wasn’t done very well

If they removed the Z because of the war, that is the stupidest thing I have ever seen.

The plain Zwift jerseys that everyone gets at the start are unchanged, it’s a nonsense to even suggest this is anything but a bug.