As some of you might know, Wahoo sued Zwift and Jet Black on allegations that both companies infringed on a few intellectual property rights with the recently released Zwift Hub and Volt trainers. This lawsuit may or may not have any legal merit, that’s not the concern of this post.

My concern is that, regardless of the outcome of this lawsuit, Wahoo and Zwift will no more be partners in good faith, which can result in the Zwift’s support for Wahoo trainers, which many of us currently own, deprecating over time.

We’ve had a few hiccups in the recent past with some new firmware from Wahoo creating issues with new game versions. And having similar experiences at a much larger scale would be frustrating at best. Personally, if my current trainer (Kickr Core) becomes less and less compatible with Zwift over time, I would be less inclined to change my trainer (as long as it’s working fine) and more inclined to change the platform, despite the fact that I am part of an enthusiastic racing community.

So here is my plea to Zwift:

PLEASE, do not leave us, loyal Zwifters who happen to have Wahoo trainers, in the dark in the pursuit of entrepreneurial vendetta.

Thank you and ride on.

I’m not worried about this. Problems with firmware changes are more likely due to lack of testing than any intent to provide worse service. Keep in mind that many of Zwift’s customers bought their Wahoo trainers from Zwift up to a few months ago. It would be crazy to attack customers using highly popular trainers in an effort to hurt Wahoo. I don’t see it happening.

That would be a major own goal for both companies. Zwift loses current subscribers who can no longer use it
Wahoo loses new customers who purchase competitors products so that they can use Zwift.

It’ll be resolved amicably out of court soon.

It smells so far like a very procedural sort of lawsuit–the kind you need to do in order to keep protecting your intellectual property. The tone isn’t the same as the “we will destroy you!” lawsuits.

I would love to hear @Shane_Miller_GPLama’s opinion as he has had some bogus copyright lawsuit issues in the past. Somewhat related to Wahoo…

I would love to hear @Shane_Miller_GPLama’s opinion as he has had some bogus copyright lawsuit issues in the past.

Wahoo have every right to protect their patents/inventions. This is what they’re doing.

Let’s see how it plays out.

Zwift strongly rejects and will contest the allegations made by Wahoo relating to Zwift Hub.

Zwift Hub innovates on price, retailing for $499, and on ease of use. Shipping with a choice of cassette pre-installed, and with its innovative setup instructions, Zwift Hub has made getting started on Zwift easier and more affordable than ever before. It is our belief that creating this new more affordable category of smart trainers will help drive further market innovation that will undoubtedly benefit the end customer.

We understand that this ongoing litigation has caused concern among some Zwift customers. We would therefore like to take this opportunity to assure our present and future customers that Zwift is committed to being an open platform that integrates with all third-party hardware options. The Zwift experience will not be impacted by this litigation. We have a long history of collaboration with our hardware partners, and we have every intention for this collaboration to continue.

I hope this lawsuit is resolved with both parties not having to waste a lot of resources which could otherwise be spent on product development.

I imagine Zwift has their own trove of Zwift software patents that Wahoo RGT is likely stomping on too, so maybe they can just shake hands and decide not to sue each other since it’s hard to see how it will come out better for consumers.

Whether or not there is an infringement case, the timing of the lawsuit is curious. If Wahoo were truly looking to protect their patented IP then why didn’t they go after Jet Black when they introduced the Volt over a year ago?

It seems like they are more concerned of the possible market share loss with the new Zwift partnership than IP protection. Not to mention the fact that Zwift has deeper pockets than Jet Black which means more money from a potential settlement.

It will be interesting how this plays out.

Only a few chevrons are missing. @Shane_Miller_GPLama do you have some left?
Seriously, Zwift? 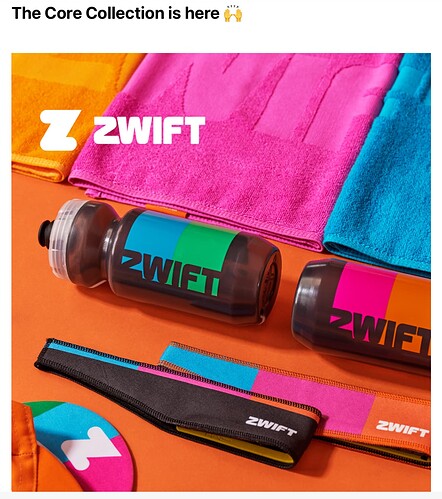 I see what they did there…

Sadly Wahoo have to protect what they have. One copy in the market might have flown under their radar but allowing a second would have been a trend that could have been used as a defence by others later if they didn’t respond (there is no obligation to defend a patent, but if it goes undefended for too long, a court can decide its too late, your invention is now in the public domain).

Especially as they don’t own much of what people might expect. “Wahoo” is not a trademark. They don’t own wahoo.com, and if I wanted I could own wahoo.co.uk and wahookickr.com today. In fact, like many small companies, they appear to have got going with a marketing name long before ensuring they could own it in all the places a business needs to in these internet/social media days.

And those chevrons - well, I’m not a trademark lawyer, but the only trademark registration I could find is very specifically limited to their usage on a flywheel of a cycle trainer. They don’t have them registered as a general purpose logo. Not surprising really, as a host of other companies and a few military and heraldic bodies would point out copious previous usage of just about every conceivable shape, colour and orientation of chevron pattern - leaving only their specific usage as something that could be trademarked. So their only defence there is to get a judge to agree that by using chevrons on something else cycling related, you were deliberately attempting to pass off your product as being Wahoo related or approved.

So their only defence there is to get a judge to agree that by using chevrons on something else cycling related, you were deliberately attempting to pass off your product as being Wahoo related or approved.

Does the suit have to allege that the attempt was deliberate? I thought the real turning point is always whether there is a reasonable likelihood of consumer confusion about which brand an item represents. (Could be wrong, not a lawyer and all that so and so)

Not surprising really, as a host of other companies and a few military and heraldic bodies would point out copious previous usage of just about every conceivable shape, colour and orientation of chevron pattern - leaving only their specific usage as something that could be trademarked

@Shane_Miller_GPLama got into a bit of a lawsuit over some chevrons

That wasn’t for Wahoo’s pattern and usage of chevrons. It was a German sports clothing company, who have a specific trademark registration for sports and leisure clothing including shoes. And I don’t think leisure wear can be stretched to include military uniform.

I never said it was, just that he had issues with chevrons 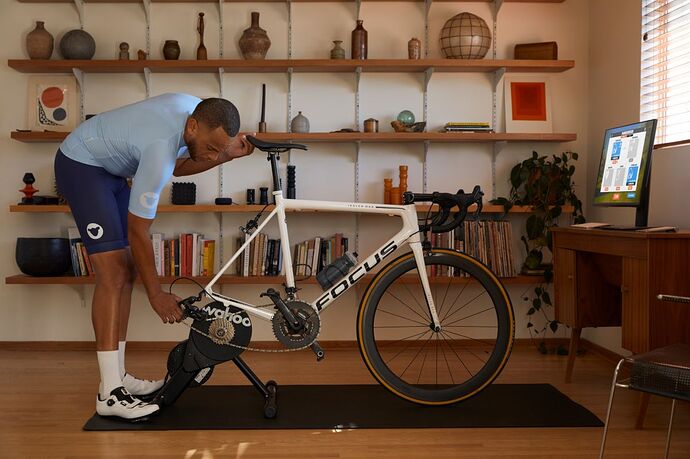 By dismissing the suit against JetBlack, aren’t Wahoo effectively nullifying any claim they have against Zwift, given that it’s nearly the same trainer?