Wait did I not account for the time change here. Ugh messes everything up. I calculated it to drop at 5 eastern. Who cares. I’m going for it.

@Otto_Destruct you can use the “ride with” functionality to find me

@Otto_Destruct you can use the “ride with” functionality to find me

Y’all gonna low-key drop THAT announcement on our heads?!

Hi Zwifters! As discussed in this forum thread, we’re bringing back the Join a Zwifter functionality in the new home screen. With our 1.31.0 release, you can now join people Zwifting now that you have favorited or followed via the Zwift Companion app. You can also join pros and verified Zwifters. Th…

Hi James, I did two of the Makuri Island Tour routes tonight while doing Zwift acadamy Tri 2022 workouts… I got the credit for the tour but not the academy.

Should I have been credit for the academy also?

Looks like RM3 and ToMI5b are both on Turn/Turf n Surf (RM page says “Turn” while ToMI page says “Turf”), so at least we get one more overlap…

Thanks for the flag, I’ve asked the racing website team to update it.

Would have expected so. Please contact support and they should be able to help you.

Anyone else getting a 502 bad gateway on the companion app for this event?

Was working till around 11pm est yesterday.

I’ve ridden all the new routes and done 11 opf the 12 routes for the tour and they are all really samey. I like the makuri 40 as a route but the others are just a load of very similar routes.

It is a strange omission not to have a KOM on the smallish climb on the new island, instead having two small sprints either side of the top.

the Turf and surf doesn’t have much Turf, city and surt would be a better description.

Makuri Island seems to be just for the eye candy for advertisers to sell the game to people but the better routes are in the other worlds.

I like the idea of a sprint at the top of a climb, that’s different. But I was expecting a KOM, and even a big climb, somewhere in there. I love sprints, but…the new maps are very sprinty. 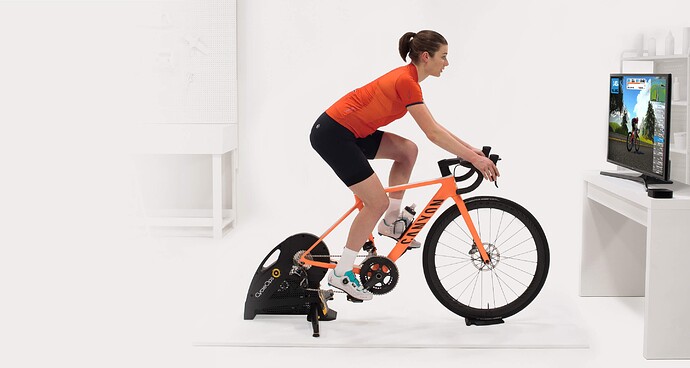 Zwift is virtual training for running and cycling. Smash your goals and compete with others around the world. With structured workouts and social group rides. iOS and Android compatible. Trusted by the pros. Try free for 14 days.

That‘s the routes of stage 1.

Your Going to have to get good at quick bike swaps

Companion app in the Tour Makuri section, keep scrolling down, eventually you will see stages and whether you have completed them.

Interesting! I get no response when I tap on ToMI progress in Companion. I didn’t realize that did anything for anyone. But I can view progress by clicking on the ToMI tile in the game, and other things like Zwift Academy Road/Tri are tappable in Companion for me.

In Companion, tap the black arrow next to your TOM progress %. On Android.

There is no arrow next to any progress % (ToMI or otherwise). I’m using Companion on iOS 15.