On-demand Tours are a fantastic addition

Over the years there have been plenty of “Tour” or stage events that I haven’t completed. Usually this is because the scheduled event times didn’t suit me.

The Tour of Makuri Islands has changed all that! I completed stage 1 as a scheduled event, but the other 5 stages I rode when it was convenient for me.

I have to say, I love it. It’s even more flexible than I initially realised, as I believe you are credited for the stage however you complete it, as long as you have selected the appropriate route and cross the start and finish lines.

So while I did free rides, I could have done a workout, meetup, club event, race or any other ad-hoc event on the correct route for a given stage.

It also means I could ride them out of order, depending on my mood or time available. I think I did 1, 2, 5, 6, 3, 4. No more missing a stage and having to wait for a make-up week either. Indeed, the later release of Urukazi notwithstanding, if I’d really wanted to I could have completed the whole Tour in a single day.

I hope the numbers and wider feedback reflect positively on this feature so Zwift retain it for future Tours. 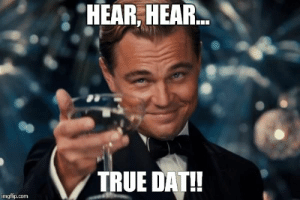 Agreed. I really took advantage of the flexibility and did a mix of group rides, races, free rides and workouts.

The worry (for Zwift) would have been that the flexibility might reduce the number of people doing the group rides, but AFAIK they were still super popular.

I did one “group ride”, and then a free-ride to get one of the new routes. I do like how flexible it is, also like the UI in the new homescreen which makes it clear which you’ve completed and quick entry points to complete the ones I haven’t yet.

That said, I’m not feeling that motivated to finish it because the rest of the routes I’ve already done, and I’m not that interested in the kit. I would prefer each stage of the tour had a new Urukazi route option (not just the last two stages) because it would feel good to be completing new routes on each stage of the tour for folks who already completed all the other Makuri routes.

When the new map opened, I picked a route because it hit all the new islands and I just wanted to see what was what. Then I saw the Tour maybe the next day, and decided I’d do all that. Did two stages as races too, which was nice. But the interesting surprise was finishing my free ride of Stage 5, and getting the ‘You’re all done’ banner, because Stage 6 happened to be that random route I’d picked right off the bat so

Plus I now have the kinda cool Makuri kit, in case I decide my current favorite kit lends too much support to venture capitalists (but that’s a whole other story, lol).

I hope the updated UI/UX used for TOMI is the new standard going forward. It was (mostly) clear and easy to use.

If I had one minor gripe it would be the first (four?) stages all shared a date range and some marketing material differentiated date ranges for different stages. I’d like to see a bit more clarity in future about how this works. (“…do any stage at any time as a free ride, group ride etc - BUT… for the specific dates a stage is available, there will be Tour Events.”)

Agreed on the increased clarity. I also enjoyed that overlap with the racing series, and I think it would be a good addition to intentionally offer a matching race for every stage and allow people to mix and match. (I mean, the group rides turn into races if you stay near the front, lol. But official overlapping races would be nice.)

Did half group rides and half solo free rides or workouts on. Ended up doing 11 out the 12 rides. Keep this option for future major events.

I think it changes them from events to look forward to and plan around to just something to do. It’s like holding a marathon and telling people, “Instead of everyone showing up at the same time, here’s the course and run it whenever you feel like it even though you could have done the same thing without us holding a marathon.”

But if the group events are also there, why wouldn’t someone be able to look forward to them and plan around them? Would the fact that other people are doing them solo at other times take away from the enjoyment of riding the group rides?