Does anyone know why Zwiftpower is using points for TDZ

James Hodges at ZwiftPower has set up a race league with points for TdZ races, so if you want to compete for the overall Tour win, you’ll need to be signed up for ZwiftPower and racing in the proper category. 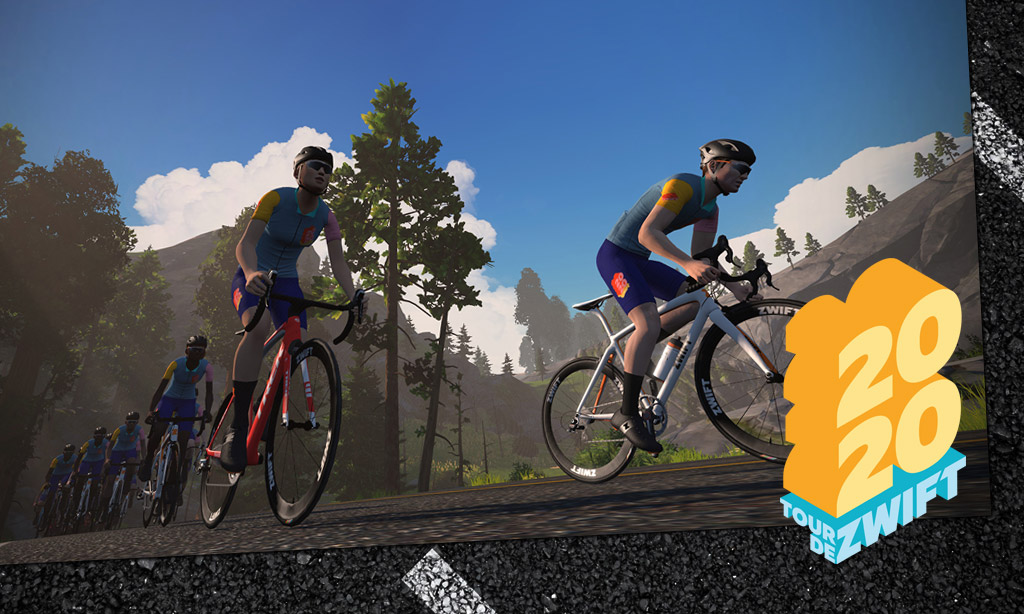 Learn about the open community races in TdZ 2020.

It looks like the official A and B Watopia routes start before the start pens.
Will Route Achievement badges be awarded for them?

I got the London classique badge during the first stage, so I would assume so.

I think that we get the badges, but does it count on veloviewer…does anyone know something about that? 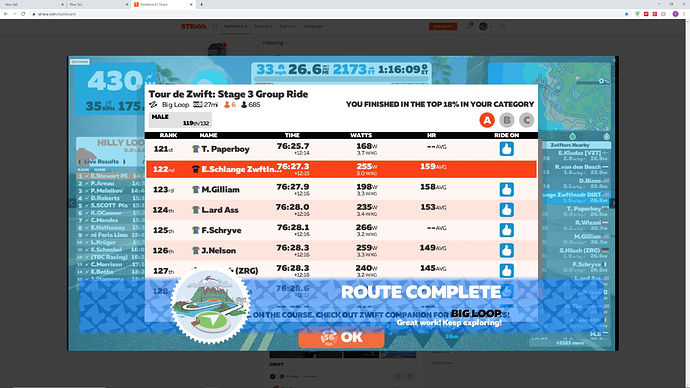 Have you been watching the TDZ Live race feed? How about the sprint finish of Stage 2 Innsbruck?

The Stage 3 TDZ Live show goes up in a few minutes. Watch it here!

Yes, Zp in the past has counted the better result of any stage raced two or more times. Someone lost the overall last year because the racer in second place won a make-up event in a faster time on the last day .

“ Remember to choose the category with the right pace before you race. Each stage has multiple categories for you to choose from, based on weight and Functional Threshold Power (FTP).”

(From the Zwift email which includes a link to this discussion).

This is almost funny - the absence of any filtering/enforcement by Zwift of these guidelines makes results, in particular for D cat, useless. This morning, Stage 4 race, one hour duration, 15 out of the top 20 in group D were above 2.7 W/kg - in a category limited to 2.49 W/kg FTP. The winner had a 3.7 W/kg average, which would have put him into cat B. I finished 29th on Zwift results, and 2nd on ZwiftPower. 27 of the 28 riders ahead of me were either not registered or disqualified.

I think we can safely affirm that the “remember” email from Zwift is not quite sufficient.

How come that the first finishers finish - for instance in TDZ stage5 - in less than half an hour (first one finished in 27 minutes for a ride of almost 35km’s???)

I also don’t see those times on Zwiftpower.com

Do late joiners have the possibility to pick in just like that somewhere on the track?

Register on zwiftpower.com if you want enforcement of categories and real results. The zwift results aren’t anything but internet cool points and don’t mean anything.

I’m a little disappoint in the distribution of the group run times for each stage of Tour de Zwift–especially if you live in North America. I’m a working stiff, so I prefer to hit the gym before I go into work; but the times don’t accommodate that schedule very well: Each day the early morning times (CST) are midnight, 2:00 A.M. (both before the gym opens), and 6:00 A.M. The 6:00 A.M. time does not provide a large enough window to complete the run event and get ready before work.

I know, I know–first-world problem; but if there had been one more time in that 2:00 & 6:00 A.M. window, it might have been more accommodating for eastern, central, and mountain time zone runners.

There are no rides between 6am and 9am, nor 7pm and 10pm PST. As someone who works normal business hours with a hefty commute, that leaves me with no options that don’t disrupt my family trying to sleep in the early morning or late night. Why have the seemingly arbitrary but huge gaps at the exact times that people could ride at all?

Hi, I completed stage 5 this evening. The activity is showing on zwift companion but not my finish position. Any idea why this happened? New to zwift so appreciate any guidance