It’s been a while but RoadCaptain has a new release!

Now that the indoor cycling season has properly started here it’s only fitting that a new version of RoadCaptain released to help you get even more out of Zwift!

In this release there have been a ton of changes behind the scenes to improve stability and performance and to pave the way for some new features that will be coming soon to RoadCaptain.

The user interface of the Route Builder and the Runner have gotten some much needed attention. The map view in Route Builder has been improved to be a lot clearer and it just looks a bunch nicer and more Zwift-y

You can see that the elevation plot now also shows the grade of climbs which can be very useful when planning a route! 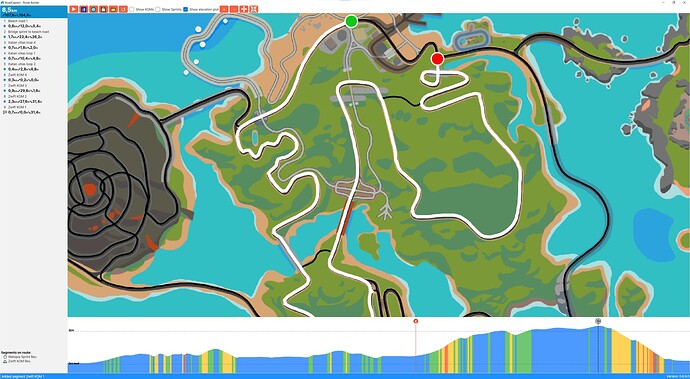 To make it easier to decide which route to ride in Zwift, the Runner has also been refreshed to show the map of the route as well as the KOMs and sprints that you’ll encounter on the selected route: 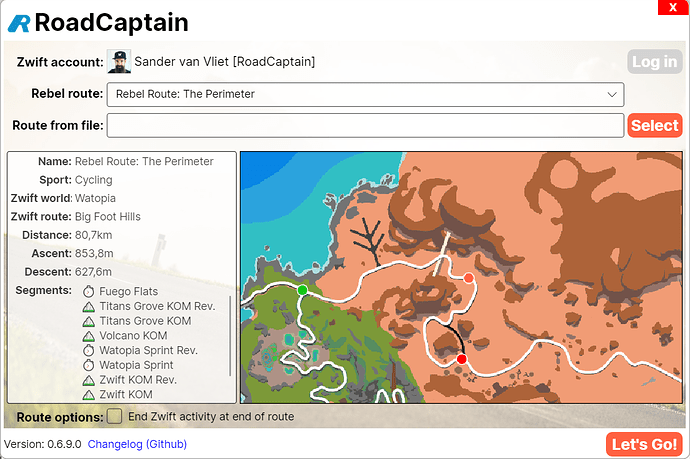 The map view is animated so you can get a good feel for where you’ll be going.

You can find the release available for download for Windows and macOS here on GitHub: https://github.com/sandermvanvliet/RoadCaptain/releases/tag/0.6.9.0

Not sure why they haven’t just employed you yet.

I did send them my resume

But anyway, this is a hobby project for me and something I just like sharing with other Zwifters. It’s not something I want to turn into something commercial.

Very cool, but do we have any chance to ride a route within a groupride or meetup?

I don’t think so but I’ve never done a group ride so I’m not super familiar with how Zwift handles that.

The reason I’m doubtful is that RoadCaptain pretends to be Zwift Companion and that is how it navigates in Zwift. I think that for group rides the mechanism is different.

Should test that actually

RoadCaptain pretends to be Zwift Companion

In a meetup or group ride I believe those controls aren’t available on the companion app, so my gut tells me this wouldn’t be possible.