Since the last update my Polar H10 will not send a signal to the Zwift running on Apple TV. It appears to connect fine but reports that I have a zero HR. That is to say that it is connected but it is not reporting my HR.

If I pair everything with the companion app it works fine.

The HRM is sending a signal at all time as I have checked it with other apps and obviously it works once paired through the companion app.

All software running on current OS.

I’ve seen this on occasion with nearly the same setup. (ATV4K, Headwind, H10)

If I pair everything with the companion app it works fine.

Failing the above, other suggestions:

NOTE: I put on the H10 prior to firing up Zwift and wait for the Headwind to detect it (via ANT+) and spool up. This is usually indicative the ATV will find it.

Failing that, the nuclear option is to do a RESET of the AppleTV and start from scratch. I don’t remember the last time I’ve had to do that - maybe once a year. Not nearly as painful as a wipe of a desktop computer as the whole ATV will be restored from iCloud.

EDIT - here’s another obscure possibility that’s worked for me once: the ATV Siri Remote occasionally needs rebooting. Yes, the remote, not the ATV itself. Process documented here. (hold the TV and volume down buttons for about 5 seconds until the light on the ATV blinks, then wait a minute or so - there’ll be a “connection lost” message, eventually reconnecting)

If your Siri Remote or Apple TV Remote isn't working

If your remote isn't working as expected, learn what to do.

Kind a same here. The H10 is connected after starting Zwift, also the trainer. Then before starting the ride I walk out of the range of the signal. Coming back into the trainer area the H10 is found but will not transfer any heartrate. The only solution so far is, to close the App on the ATV and start over again. A bit annoying, since it only does it with the H10 and in combination with the ATV + Wahoo Kickr. The other setup through a Macbook, a USB-Ant+ Dongle and a Polar H9 works flawless.

As an aside, my Polar H10 had a similar connection issue with the ATV the other day, post-battery swap. Solution: full restart of the ATV. Works like a charm again. 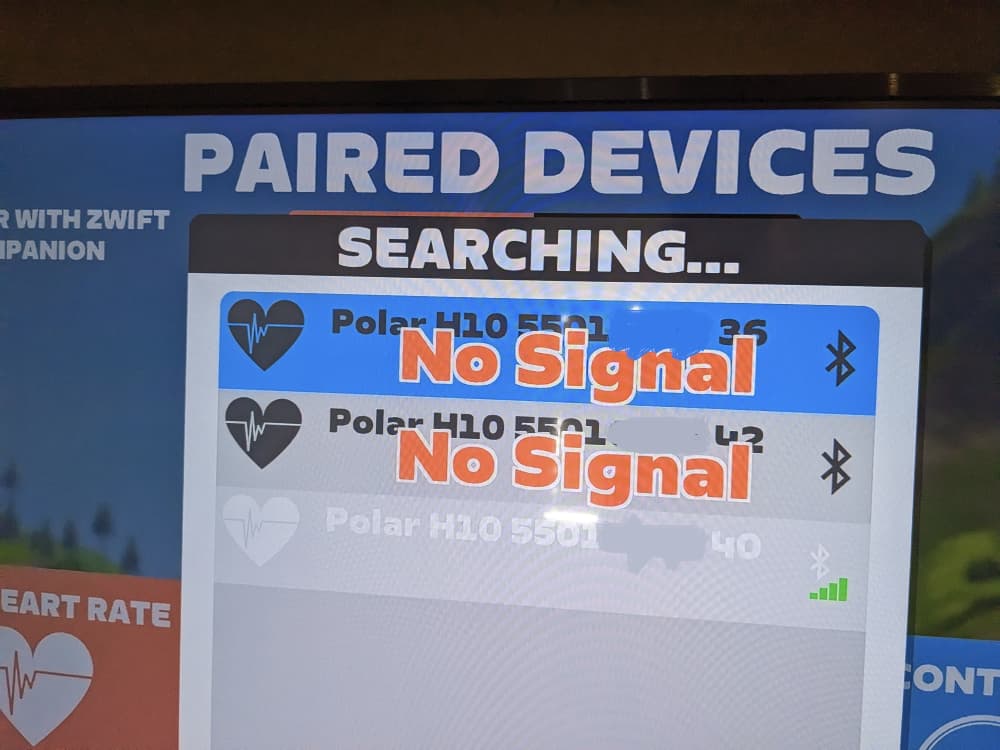