DISCUSSION: AppleTV requests to be paired with sensor

Pssst: Yes, you do have another device connected, dummy Bugs and Support

Title firmly tongue in cheek but with a grain of truth. I see SO MANY posts describing an inability for Zwift to see a trainer or control it correctly. Well, yesterday, it happened to me. I normally Zwift using a dedicated AppleTV4K in my office/pain-cave (Tacx NEO2T, Polar H10 HRM) but had been …

…because of the high number of posts asking for assistance with sensor connectivity issues.

Something I’ve come across on the AppleTV: if you pair an HRM in Zwift, a moment after you add in the game’s pairing screen, the AppleTV itself pops up with a request to pair the same HRM. (screen caps follow) 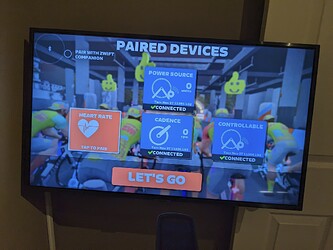 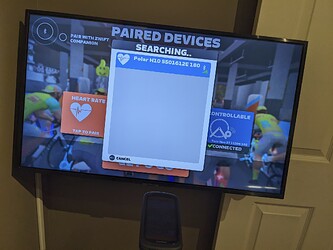 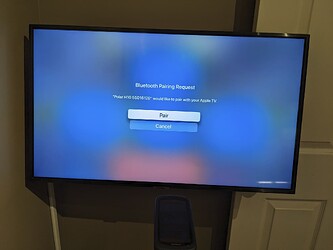 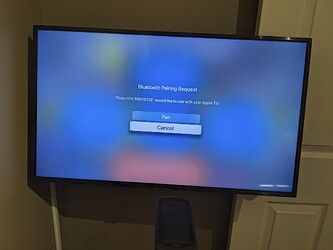 I’ve always hit “cancel” and just left Zwift handle pairing but it got me thinking: would allowing the ATV box to pair as well be a possible source of connectivity issues in future sessions?

Interestingly (perhaps), I have been Zwifting with ATV for 4 years and have NEVER seen that screen pop up. Do you get this frequently, or was this the first time?

I’ve similarly never seen that, and always use a HRM on Zwift with my ATV.

Is there some other fitness-related software installed on the ATV (and possibly running in the background)?

Interesting, as the OP appears to be using a Polar HRM, also. I only use a Garmin Dual.

OP appears to be using a Polar HRM, also. I only use a Garmin Dual.

Ohhh…I think you nailed it. The Polar H10 has two simultaneous Bluetooth channels.

A number of trainers like the Wahoo Kickr line have multiple BLE channels too - perhaps someone with one of those (and not paired to another app) would like to try this and see if the ATV attempts to latch onto a free channel.