Horizon Andes 5.1 (just released) does not work with Zwift even while advertised to work!

I have just bought the new Horizon Fitness Andes 5.1 Crosstrainer which was just recently released and does have accordingvtovthe specification sheet of the manufacturer Bluetooth FTMS Support and Zwift is even mentioned to work with this Device.

Well, i can sometimes connect it on my ipad pro 2021 to swift but there is no function at all, i get error message that the connection fails. Kinomap which works the same way does work without any kind of problem. the connection is stable and just works. Zwift should, according to Horizon Fitness, also work. but it does not. As the device works well with kinomap i have to assume it is entirely a zwift issue!

I have literally paid 1.8k usd forvthis device to be able to do running trainings with low impact ellipsis steps together with friends in a virtual world. I am heavily dissapointed!

If hardware manufacturers don’t support the broadcast of data over standard ANT+ or BLE fitness protocols, that’s on them, not Zwift.

If you’re within the return period, I’d suggest exercising that right and finding something that is fully compatible. In general, anything other than a mainstream smart trainer or smart bike will not play nice with Zwift. DCRainmaker has a guide to trainers here: The Smart Trainer Recommendations Guide: Winter 2020-2021 | DC Rainmaker

hi @Kevin_T3, welcome to the forums.

Zwift, to my knowledge, doesn’t support ellipticals at all according to their list of supported treadmills for running:

Also, I can’t find the Horizon Andes 5.1 on the Horizon website… just a 3rd party dealer… is this an older elliptical? 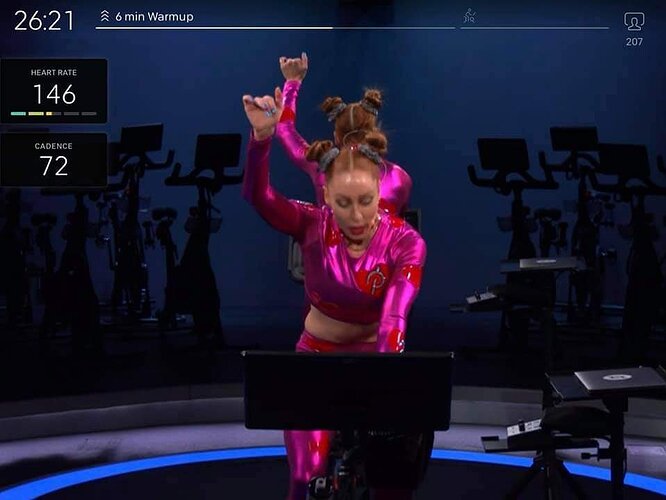 QZ is not affiliated with or endorsed by any subscription service or maker of exercise equipment. User Guide for Echelon Bike Users (thanks G.R. Regas!) The qDomyos-Zwift app developed by […]

Well FTMS is supportet this should according to Zwift work and according to the Manufacturer also. So if the Device works well with other FTMS supported Apps but not working with Zwift even whilevthey say it should, thennthe only one to blame is actually Zwift. As the device does with other apps what it promises but just not with Zwift. To blame the manufacturer for this or even suggest a return forvthat reason is kinda strange. But thanks for your opinion.

Zwift even whilevthey say it should

Does Zwift say it should work… I don’t see where they do, do you have a source for that info?

really? did you even read what i wrote? Definetly Horizon Andes 5.1 is on horizon fitness website and it is de successor of the Andes 5 Viewfit and is justvreleased recently. Horizon fitness sais it is supported with Zwift and Zwift does say that FTMS enabled devices work and even do adjust the resistance according to the terrain in the game.

Fact is, Zwift does see the Crosstrainer every know and then and i can connect to it but it does say then it has connection issues. For me as a developer everything i see here and can reproduce looks like a clear bug in Zwift‘s systems.

did you even read what i wrote?

Did you read what I wrote? I can’t find it on their website, it doesn’t come up with a google search other than a 3rd party dealer. Show me where Zwift say’s this elliptical will work.

If you want support from the community, calm down and be respectful.

I would love to provide links to the proof i have but unfortunately i am not allowed to post links.

welcome to the forum.

You can post a link if you add a space in the web address, that can help us find a solution.

And i was just explaining the facts for the 3 th time in this thread. Horizon Fitness is verifiable adverting Zwift as App that works together with the Horizon Fitness Andes 5.1 and if this is not true and WAS NEVER TRUE then even the star they have to say (may change) is not valid and is a fake information that should definetly trigger Zwift‘s attention. If Zwift does not work with Horizon Fitness Crosstrainers, i am ok with it but i was expecting this because the manufacturer of the device said it. Its no noname company btw. Maybe not so known in America but in Europe, especially DE and CH definetly!

I don’t know how Zwift would interface with an elliptical trainer since they support Treadmills for running and Bike trainers for Cycling.

Did you try pairing as a treadmill or as a bicycle?

there are many manufacturers that put the Zwift sticker on just to get sales without testing.

Yeah well. Zwift wont work with the device. ■■■■ happens. do i like it that horizon does say it works because it uses FTMS? yes i am because Zwift does admit that FTMS enabled devices will adjust the resistance according to the route ingame. would this sentence not imply to all of you that it then, obviously, will work?

i might be too naive but if a says it works and b says yes, thisvtechnology can even do modifications to the device when in game. Every rational human will agree, this means, it will work.

The fact that only devices approved by Zwift will really work, is a fact a completely new user does not really know. anyhow i will get a pod and still use the crosstrainer with Zwift. will i care that it does not adjust itself? no. will i care that i will be the slowest? no!

Would i look forward to officially be able to use a FTMS enabled device without extra stuff? sure.

i want to use it and i will.

i tried to log in as a treadmill, actually it does find it and connect to it… thats what makes it even more weird.

How it should interface with crosstrainers? well, same as with treadmills. you run on a crosstrainer just as like you do on a treadmill. data looks very similar but it has less impact on knees and co.

i do not see any problem in this as Kinomap can do all this also. it is a matter of „want to do or not“

It depend on how Horizon send the FTMS data if they send it as a Cross trainer then the data will look different than treadmill data and would probably not have the required information that Zwift need.

Zwift only support Running and cycling profiles so if the Horizon send Cross trainer specific data it won’t work.

Every data can be used when you tell the programm how to. Example: Hearth Rate is connectable to Zwift from the Andes 5.1. But the data is not seen by Zwift. There is no logical reason why this does not work. Hearthrate is Hearthrate, irrespective of the device.

i just want to say, there is more behind than just „it is the manufacturers fault“. Zwift does have a lot of ressources and still does not support crosstrainers. This was a decision made on their side. this does not say that the devices do not provide enough data. I do run just as fast on a crosstrainer than one on a treadmill, it is just a previously made decision that COULD change as the data is most likely coming already.

i do not want to raise this even higher, i really think to just blame the manufacturer is only part of the whole reason and it goes deeper than this.

We are not trying to ‘blame’ the manufacture for anything other than saying that their device will work with Zwift when it is not actually supported by Zwift. Does this mean that Zwift shouldn’t support the device? Absolutely not. It does mean, though, that until Zwift decides to make this device supported it doesn’t appear that it will work.

At this point I have not seen any issues related to this device previously, so you might be the only person using one (at least with Zwift). So, from that perspective, I would not hold out great hopes that it will be supported any time soon. unless only an exceptionally minor tweak is needed AND someone at Zwift is feeling altruistic.

The best course of action I can suggest is that you submit a ‘Feature Request’ that Zwift support your device.

Would you also reach out to horizon and ask if they can connect with Zwift.

Looking at the FTMS protocol it has distinct difference between Cycling Running and cross training, so if it identify as a cross trainer then Zwift does not know what to do with the data since Zwift only support running and cycling.

I’m pretty sure this is only referencing bikes, as far as I am aware there is not a single treadmill in the world that changes automatically based on the terrain in the game - let alone an elliptical.

as said before. it is a very recent product it was just released a few days or weeks before. Therefore yeah, i am likely the first at all trying to connect it to Zwift but i will not be the last.

i did have contact with Zwift support about it in the meantime. i will use it with a pod and Apple Watch (once it is supported, lol) then i will be able to at least join the worlds and run for myself or with slow runners;)

Therefore Zwift will not be so funny for me but to try with it will work. Well the crosstrainer as such is an invredibly great device so i will use it anyway but maybe not so often with Zwift than initially expected. Which is indeed sad. But my own issue. Some people just cannot run on treadmills or do not want to ride bikes. i was always a bit special but thats okay.