Yep, I’d say that’s enough savings to make it worth my while to put all the pieces together! Thanks, I’ll probably go that route then.

Probs $700 or less for a Zwift-specific build, for what it’s worth. Would still do very well at those other games mentioned I reckon, but not as well-rounded for general purpose.

Note for the people not paying attention - this is to max out Zwift at 4K and 60fps at almost all times, not to simply beat a fruit box which costs a fraction of the amount.

BTW, the crazy GPU prices are finally dropping and that downward line could get steeper rapidly. One could* save hundreds by waiting a few weeks. I bought an RTX 3060 Ti a month ago and it’s now at less than 80% of what I paid at the same retailer.

[*The market can go down as well as up. We decline all responsibility in the event that this proves to be empty speculation]

Okay. I don’t have documentary proof, but I was running a GTX 1650 (not a 1660, fair enough) just before on the same rig and not getting close to the same results in a crowded Makuri ride. Apples and oranges and grapes, I know.
With the 3060 Ti I can have consistent 143 FPS (on a 144Hz monitor) in a solo ride in Watopia, which the 1650 couldn’t.

What CPU did you have before the 12100F? But those are two different scenarios, Makuri is almost exclusively CPU bound even solo, let alone in a group ride. Watopia solo isn’t.

I do not disagree…I am only responding to requests…

Please do not take it out on me.

I am laptop kind of guy

Yes it is…but Zwift is not my life…so I buy to satisfy my life. And even then…I am tight with my wallet. I have no issues with what is best for Zwift.

I am tight with my wallet

It’s funny, I tend to spend most of my time telling people what not to spend money on when it comes to Zwift PCs. There’s always a misconception that you have to spend a fortune and whilst higher end stuff is nice, there are massively diminishing returns and it rapidly turns into just a waste of money for Zwift. You can get almost all of the experience for far less money than most people believe. 4K for example, is vastly overrated for the extra power/cost required.

I only got the 1650 because in early March there was literally not a single new 1650 Super or 1660 or 1660 Super or Ti to be had in my region without unknown delivery time and/or crazy prices… and I was itching to finish the build. Got it at a bearable price compared to the nutso numbers for other available Intel cards at the time.
All written accepting that these are very much first-world problems, of course.

All written accepting that these are very much first-world problems, of course.

It’s a paid subscription service, getting the best from it is a worthwhile endeavour IMO. Zwift literally exists and is a thing because of its visuals, I can’t really understand people paying monthly to barely look it. But whatever.

Dave, I was being self-deprecating about my continuing investment of time and cold hard cash trying to eke out even more FPS when I’m already getting well above 60 average.
Not saying it’s not worth it, that’s for sure. Just that, in the bigger scheme of things, especially right now out east, this is the definition of a frivolous activity.

Wasn’t having a go at you.

And 60fps make a big difference when racing?

Absolutely none whatsoever! It’s purely for the visual pleasure: even smoother movement, etc.
But I zwifted on an iPad screen for two years with no real problem, and that’s — what? — 30fps.

Dave, out of mild curiosity, would this deal that was posted on hotukdeals the other day for £349 at Amazon (or ~£315 direct at Lenovo) been a decent Zwift playing PC, or would it have really needed a dedicated GPU like an Nvidia (1660?) added? 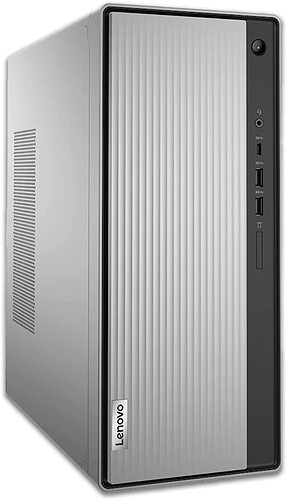 Now out of stock for 1-2 months, but when I saw the deal, I very nearly made an impulsive buy… It doesn’t take that long to go completely out of the loop on pc specs, used to stay reasonably clued up until ~2014, but these days I’m really out of the loop!

For Zwift? Not good at all for the money.