Some of the buttons in the companion app such as “toast” or “smiley face” or “thumbs up” cause characters in the game to shout out the emoji out loud. Currently there is no “rate limiting” on the buttons so some people simply sit and spam the buttons over and over. This is very annoying to listen to and there is no option to mute users (or even know who it is spamming the button. The only option currently is to mute zwift completely, which is no solution at all since it throws out the 99% good along with the 1% bad.

Please, please add a “rate limit” so that riders can only press a button once every say 5 minutes.

If you search the forum I think you’ll find some threads about just removing these buttons entirely, which might be an even better option (IMO), especially if that would free up some space for some more options that are actually useful.

I’d definitely be happy with that as a solution also, is that likely to happen? I’m sure they meant well when adding these buttons but they’re not used by anyone in the way intended, only by those looking to annoy people as far as I can tell. 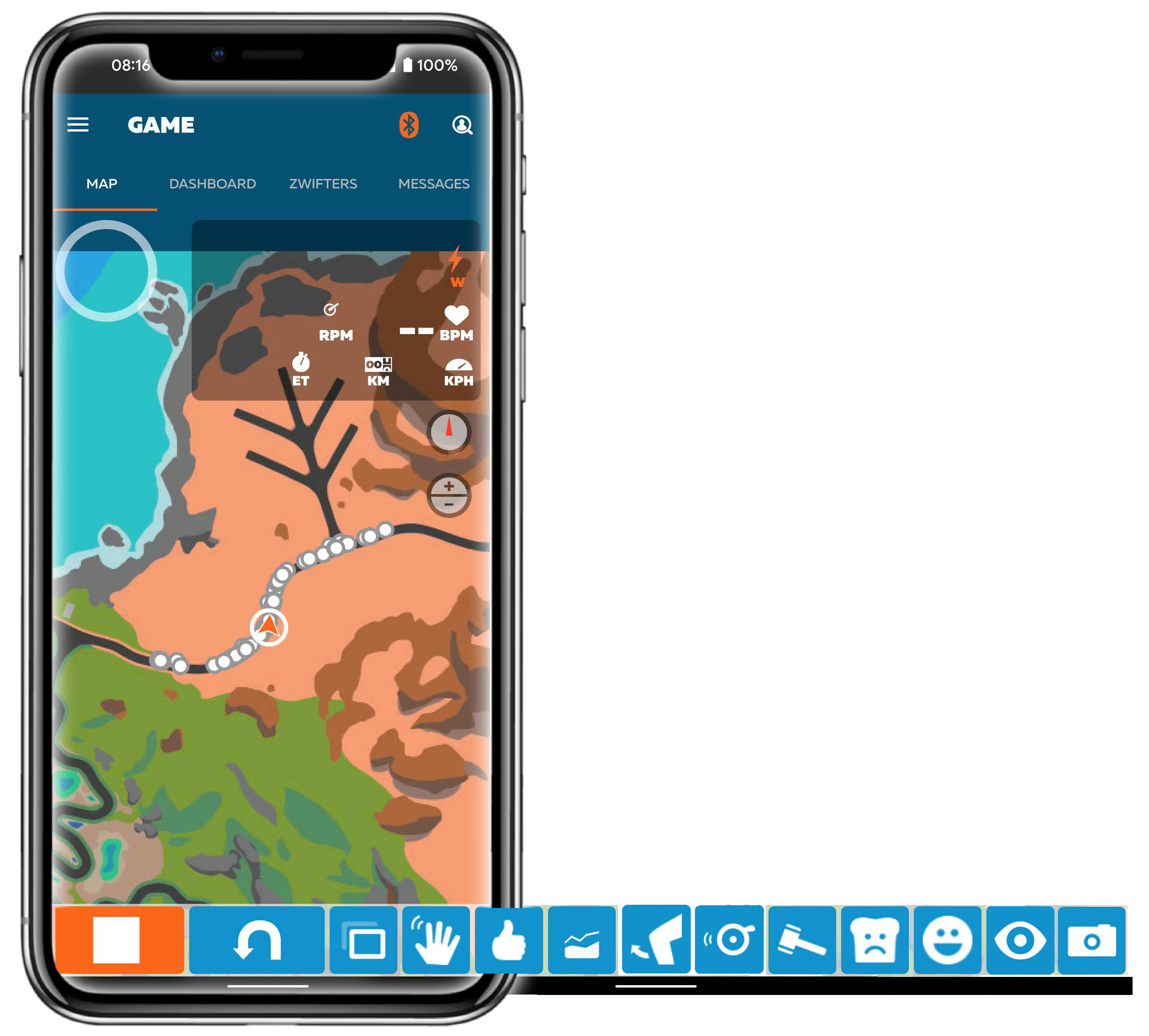 Hehe, its worse than them just not fitting on the screen, sometimes they “jump” so that its like playing whack-a-mole and you end up hitting the wrong button. Its especially infuriating if you’re trying to press the “incresae FTP bias button” repeatedly, but the slider moves and you can end up doing a U turn or pausing the workout. The same issue is with the rider list in the main app on the right of the screen - you can go to click on the red “thumb up” button to give kudos, only to have the rider list shuffle and the button move. Its horrific UI design.

100% with you on this, I hate it when the turn symbols remove all workout controls. It’s super annoying.

Similarly, on the workout screen I wish the pause button wasn’t near the + and - I always hit that by mistake and suddenly lose all resistance

On a control panel of this nature, absolutely NOTHING should be invisible and everything should be in a fixed position. (disclosure: I was briefly involved in human interface design for aviation, AKA: glass cockpits)

They need to delete half the buttons entirely and the turn pop-ups should appear on the map when they pop up on the main game screen, not displacing buttons - they’re “time-limited” and contextual, relating to the map itself, so my proposed location makes more sense. 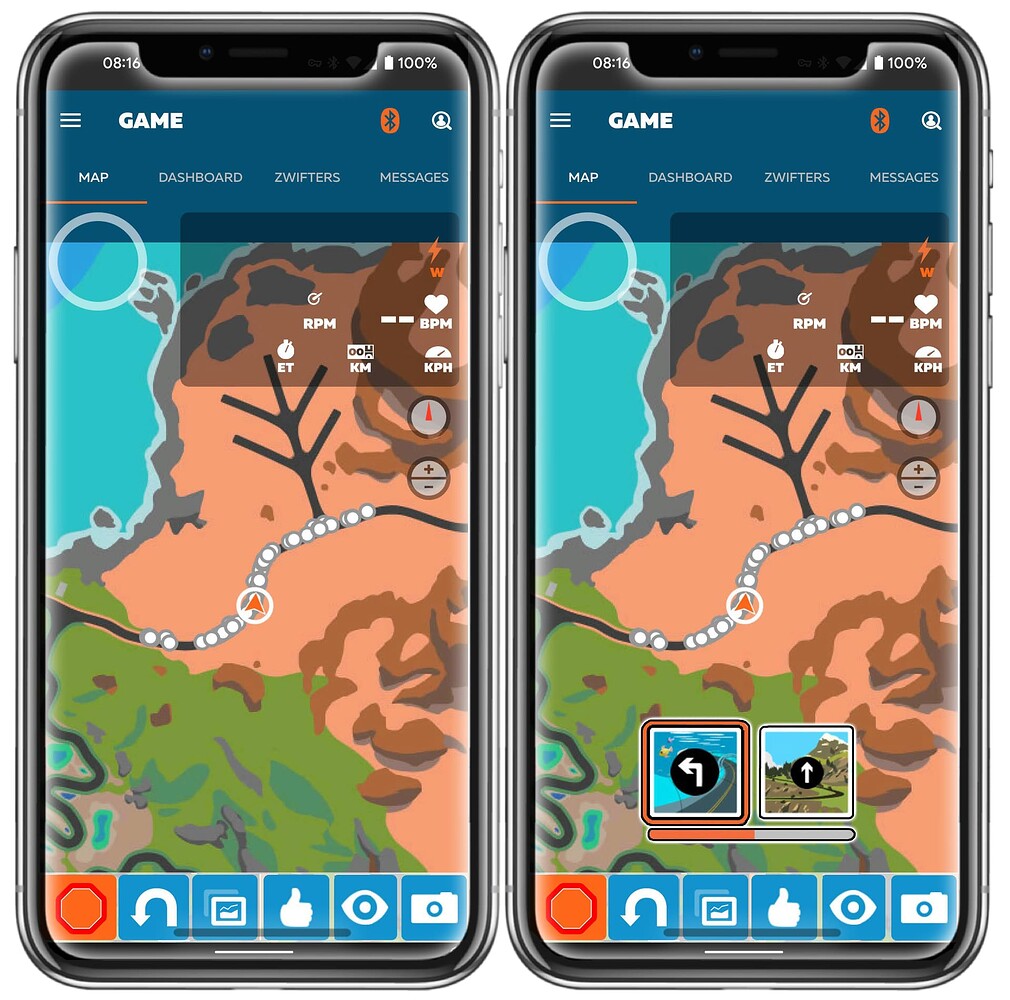 I agree - i meant in its current form.

I’d swap the thump up with the graph toggle though - no one needs to (or should ever) say ride on out loud!

Indeed. Part of my proposal was to make the “Thumb Up” do what pressing the white circle/avatar at the centre of the map does: drop ride-ons on the nearest five riders. If it CAN’T be made to do that, deleted it entirely.

While I don’t normally like multi-function buttons, I’d make an exception for a mode toggle because you generally set-and-forget the mode for the rest of the ride. By merging, you free up a button slot.