Can not login. When I want to login, Zwift says: Failed to log in. Check internet connectin. Ik have NO Wifi issues. This happens constantly. Prevous week I reset everything (renewd app on Apple tv, new account, everything). Anyone: PLEASE HELP !!!

I’ve been having this problem for months. I was told to reboot my wi-fi router which worked for a while but the issue returned.

Best advice I can give when this happens is to force-close the Zwift app, then do a re-start (not reset!) of the ATV and then relaunch Zwift. This has never failed to work for me.

Hoe do you force close Zwift?

Now I get: ‘‘there was a problem login in with that account’’ … Any ideas?

Same advice as before.

Force close the Zwift app (minimize the icon then swipe it upwards off the screen). Then launch the “settings” icon and do a system restart of Apple TV (takes about 30 secs). Then relaunch the Zwift app and log-in. It should work now.

Glad I could help. Not sure what the problem is, but I pretty much have to go through that procedure before every Zwift session (not always).

ATV: At the end of a Zwift session, I always close the program via SwipeUpward. This works since months.

So do I, but it makes no difference. The next time I launch the app I run into the problems described above which requires an ATV restart and a Zwift reboot.

Force close and restart don’t work anymore!!! What to do?
I tried a 100 times

It’s now become a default start-up problem for me with every ride. Lots of di*king around before I can get it to work. In fact, my pace partner ride yesterday was my worst-ever Zwift experience with a litany of problems from start to finish (problems logging on, problems starting the ride, problems saving the ride etc).

Any kind of problem with my set-up used to be an extremely rare occurrence, now I’m surprised if nothing goes wrong.

But, to answer your question. Force-closing the Zwift app and re-starting Apple TV should (eventually) be a viable work around.

Which models of ATV do you guys with problems have?

Mine’s an Apple TV 4K, 32GB purchased in August 2020 (sorry, but that’s about the limit of my tech knowledge

It used to be a bullet-proof, fail-safe set-up (for about 18 months) where I could just clip-in and ride. Unfortunately, that’s rarely the case these days.

Posting ho-hum must be at least 8 characters.

I have the latest Apple TV 4k

When did problems arise in relation to those releases? Is everybody running the latest of everything? 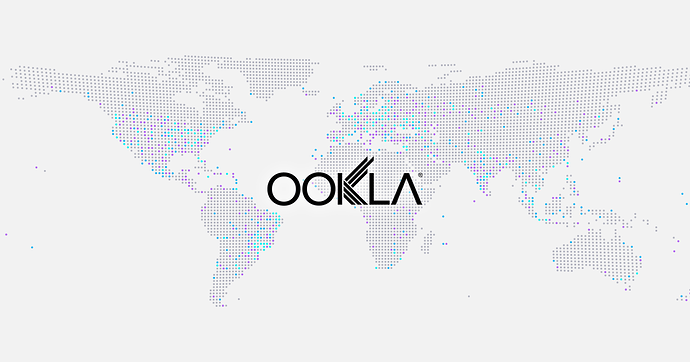 Find out if your internet connection is slow or your shows are just slow to load with the free Speedtest Apple TV app.

I’m pretty ■■■■ about updating everything asap, so I don’t think that’s the issue.

I don’t know exactly when my log-in problems started but it was before June of this year. Since the problem appeared out-of-the-blue, I just assumed it would be rectified with a future Zwift or ATV update (unfortunately it hasn’t).

I’ve not done a speed test for a while but wi-fi connectivity hasn’t been an issue for me in the past (possibly 1 or 2 drops whilst riding over the past couple of years). Nothing has changed my end in terms of hardware etc. I’m simply running my Neo 2T directly to ATV via Bluetooth.

This problem is accompanied by a pop-up message on the log-in screen which reads (something like), “Whoa! Error logging in with that account”.

When I force-close the app and do an ATV re-start, I’m usually logged-in successfully (automatically).

Can you login on another device with that same account?

Sorry if that’s not much help.