I’ve been riding Zwift for years now, and I’ve gone in a lot of Le Col challenges. Can anyone tell me how I can get a Le Col kit on Zwift>

I think it was awarded for participation in group rides but they were sone years back.

There was a Le Col Haute Route kit some years ago for doing a “virtual” haute Route event.

Unlikely to happen again since Haute Route has partnered with Fulgaz these days.

Thanks Chris. Appreciate that. Just wanted a virtual kit or two to ride with on Zwift since I have a ton of their kits that I wear for my training and racing and entered every challenge they put out on Strava.

I’m (not advocating it but) surprised that there isn’t a black market offering hacked codes to unlock kit in Zwift. Or maybe there is, out in the less Dante-like levels of the dark web

Le Col does do great jerseys and their shorts are also comfortable, just wish the stitching would be more durable on “HC” level kit, that’s the top expensive stuff. Rapha kit lasts ages, so Le Col should too.

I’m (not advocating it but) surprised that there isn’t a black market offering hacked codes to unlock kit in Zwift.

Some of them can only be added by Zwift I think.

You’ve seen this? Unlock codes are mostly history, but these still work. 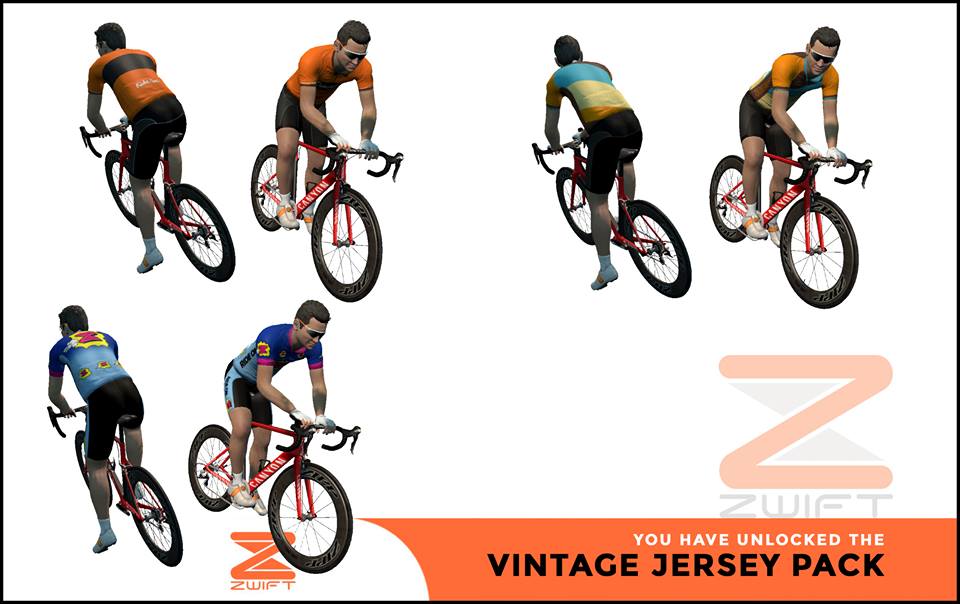 A thorough list of Zwift kits and their unlock codes.

For sure. Those aren’t hacks, they’re just distributing old codes. I’m saying that I supposed, but haven’t looked, that there would be underground actual hacks–people trying hard to figure out a way to let people ride around in pro team kit, or hack a permanent KOM jersey, etc. I just supposed that because that’s how games work

So it was interesting that I haven’t heard of it happening.

Or even how to unlock the Merida bike (the one that doesn’t exist, nobody talks about, but is there in Zwift)

I have not heard of this thing. Time to google.

FWIW, my wife managed to bring a combined Lap/Sprint orange/green jersey ‘home’ with her into her garage the other day. She leveled up and went to check out her new something, socks I think, after saving the ride, and there the jersey was, in her garage. On her avatar, not in a spot under Jerseys. We were hoping she’d been enough of a stud to just keep it permanently, but it was gone the next day

Thanks for the info.