What’s the status of Zwiftpower development? Still seems like it takes forever to process fit files and race points/rankings often take 24h. With the northern hemisphere summer downturn, I thought that would give Zwiftpower servers a bit of relief and things would move faster?
With ZRL returning soon it would be nice to see things upgraded.

Race Points / League Rankings are up to each organizer to setup and update manually. FIT Files are ussualy updated in 2 to 3 hours. 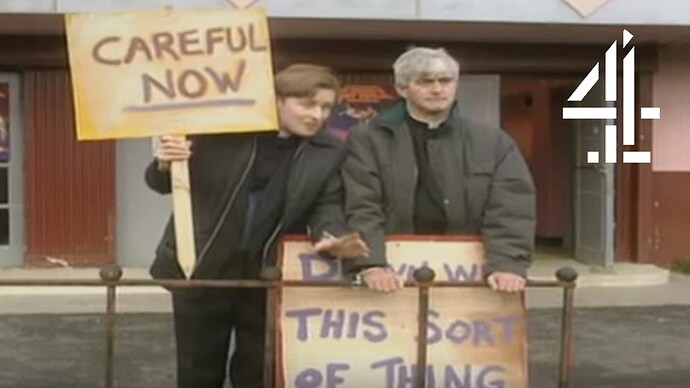 I don’t think 24 hours is so ridiculous.

Every time I’ve tried to use the “live” function in the races recently it hasn’t worked so I would love to have that back. The login process also needs some work. Why do I need to log in every time, even if I just want to look at the list of events?

I think you may be underestimating the amount of work involved in that. They must have had meetings, focus groups, memos, working groups…

Maybe not ridiculous, but still a long time. I’d aim for processing race results within an hour; maybe a bit longer at peak times.

I don’t think there’s so much going on in terms of races and events that a queue should take a day to process. And if there is, just spin up another instance and process in parallel until the backlog comes down.

Totally different experience here - I’m seeing an hour or two for most races for “blue lightning bolt”, and occasionally longer. I don’t think the delay in power data on ZwiftPower is hurting the experience much. I have my own data immediately on other sites if I want to look at it.

LIVE tab works fine for me every time I’ve looked for quite a while. My main use of it (identifying people who would be DQ’d with UPG tag to ignore during the race) has been replaced with Category Enforcement.

Update League takes quite a bit, but I’m fine with that, I only do it once a week for each league.

My wishlist (from my WAG at implementation difficulty from easy to hard):

Would be great if race organisers could just get an API for data extraction (ideally live) and then we/they could do their own processing and results without needing ZP.

agreed but i don’t see that happening. WTRL seems to be the Zwift favourite and only people with access. (case in point new TTT mode, spending 7 months developing a feature that can only be used by a single organiser is crazy)

I saw that it was developed with WTRL, but surely it will become available for other race organisers?

Otherwise, you are just kicking all those people who support the community by putting on races. Seems a very Zwift decision if that is true.

Surely the likes of 3R, TFC and other big name event organisers cant be happy with that.

WTRL now don’t have anything to do with the ZRL Premier League, and now that’s totally run by Zwift. I’m pretty sure Zwift are aware of the main mess-ups that WTRL have made with ZRL.

So I highly doubt that Zwift have given WTRL any sort of significant exclusivity with the new TTT start pens, other than helping test it out and debug it.

When Zwift say a fair bit later I think we can all guess that means months and months at best.

7 months dev work for a single provider feature - Seems a tough pill to swallow when resource is so limited.

I don’t know guys. First, taking the race results and scattering them seems like a huge step backwards. I’m actually OK with Zwift restricting that access. I actually wish when they started paying WTRL for ZRL they had them integrate their team and results system into ZwiftPower instead of letting them go do their own results site, which IMO is regression from where we were before ZRL.

I’m perfectly happy with the Thursday TTT, whether it be from WTRL or Zwift. I don’t think we have any desire to hold our own TTT, sounds very redundant unless something changes with the Thursday event to make it unsuitable for our riders. Almost every club that would race in any TTT is already racing in the WTRL TTT - giving WTRL that functionality improves the experience for everyone.

The reasons it’s going to take longer to give to everyone else are not things that they would have been able to do faster if they weren’t working with WTRL to improve the TTT that we’ve raced for years - WTRL built their own team registration system - there’s got to be 2-way comms with that to put the team into the same row - and scoring - while easy enough to take the time of the 4th rider, the auto-sorting into categories, etc… Zwift would have to build something from scratch to do all of those things. They can (presumably, if they’re smart) now build those functions into Zwift or ZwiftPower using the same ICD, but have a viable product that improves the experience right away.

You really seem to either be moaning before thinking about it, don’t want anyone to have anything unless you can have it, or have some other sort of agenda

Prior to the encryption of data there recently we at least had a chance of taking on the monopoly. Now there is zero chance.

Although market leader just now, Zwift does have to be careful going forwards

This is a pretty ill-informed post to be honest.

WTRL have been paid in the past by Zwift, I have no knowledge of current status.

I do know that ZP and WTRL grew out of the community based on undocumented access which was gradually cut off leaving WTRL and zwift a tier above everyone else.

The idea that it is “taking longer” to give everyone else things also doesn’t stack up at all. They initially didn’t give those guys anything.

I’m glad you are happy with your experience, but some of us have ideas and want to try those out but are 2nd or 3rd class in the eyes of zwift. First mover advantage seems to have been everything.

I was a couple of tests away from having a form of elimination races, something we’ve only been able to watch top teams do.

Also worth noting that there are some very low cost (to zwift) things they could do to allow this kind of thing. I get a full API has costs.

Again, glad you are happy, but calling out guys like us for wanting more equal access was a bit much.

Also, even a fairly simple GCC type series like Flamme Rouge has to have its own results pages because ZP isn’t flexible enough, so “scattering” data already happens.

Rhino ran a great series and their results were off ZP too .