I have the Wahoo speed and cadence sensor on a spin bike. Whilst somewhat inaccurate, its allowing me to see if I enjoy Zwift. But I get limited to 400w (I understand why, that’s fine). I try to adjust resistance so my spin bike reader speed and Zwift speed match. Did hill climb and it hurt my thighs, so as a cheap entry point seems ok.
However, whilst one aim is to keep fit, I also want to compete as “fairly” as possible and feel my power is too high. Yes, a smart trainer is the long term goal, but can’t warrant the cost for something I don’t know I will definitely do week-in, week-out

However, now reading about an app called HR2VP which, apparently, is a bit more accurate. So if anyone was using it wondered the following:

I know a drastic change in heart rate takes around 10 second before Zwift adjusts, I’m ok with that.

No direct experience with HR2VP or how accurate it is but if you want to ‘complete’ a 10 second delay will be horrible. Certainly enough to lose a group draft and kill your race.

I’d also hope that it would get classed as zpower as well so likely capped at 400w.

How much are you riding just now as I think smart trainer is as you suggest the longer term answer. zpower is likely to get further restricted on racing with zwift trialling trainer restrictions so organisers can block zpower users from races.

Not cycled in 30 years. Don’t have a bike. But got bad knees from running so felt indoor cycling might 1) Take pressure off them and still keep fit, 2) Add a bit of competition into the mix to motivate me.

I don’t know if this will be a 3 month phase then I find I’m no longer fussed for it, or alternatively I becomes my new hobby. So paying out £300-600 simply isn’t sensible right now.

Agree long term (if I find this becomes a hobby) I’d likely go grab the Wahoo Kickr Core. For now, if a £40 HRM strap gives me some degree of realism and keeps me honest with other riders, then that perfect.

But don’t want to spend £40 on something that is no better than the wahoo speed & cadence sensors I have right now. Based on a couple of YouTube videos, it seems to be a step up in realism, but prefer to hear about real life experience.

But the idea that, to get up a steep hill in Zwift, means upping that resistance to force my heart rate to go up seems like a decent cheap option. If Im going downhill then I can ease off, let me heart rate drop but still have speed also seems good.

Regarding competing, the 10 second delay might mean I don’t get my power down immediately. On the flip side, when I ease up I still have more power for 10 seconds.

If I lose the group, tough. A limit of the cheap setup. But I just have to work a bit harder. Might mean I end up finishing 50th rather than 25th. I’m ok with that if the result is 1) I can compete with 49th place and sprint race him to the finish, 2) I’m sweating and keeping fit.

If I “get the bug” over the next few months, then I can safely buy the smart trainer and know I’m not wasting money on a passing phase.

Can you still actual buy HR2VP device or is it just an app now? 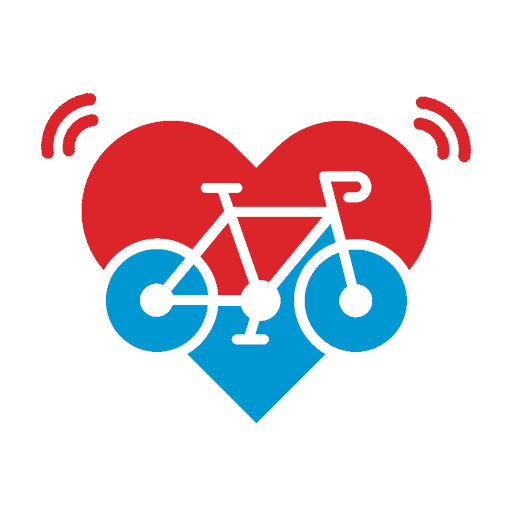 Track cycling power during outdoor rides and connect to Zwift on your spin bik... 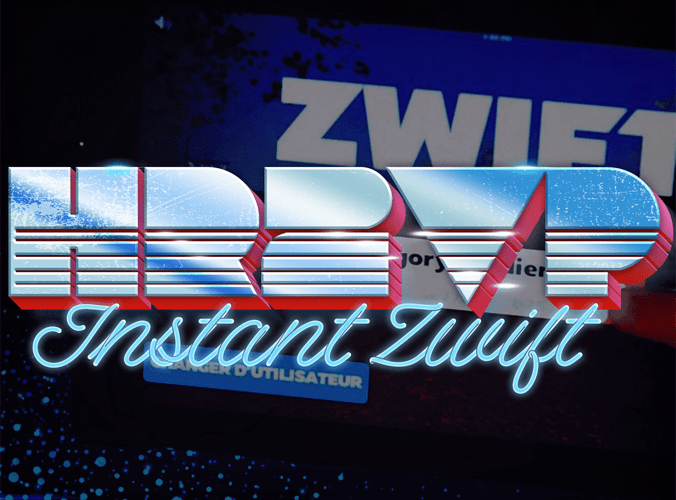 Last year, we reviewed the PowerTap PowerCal, and it inexplicably became one of our most popular articles. Or maybe not inexplicably – people are looking for a cheap and easy way to access Zwift, a platform that normally comes with quite a...

Might be worth trying sounds cheap enough to see if it works.

Yes, got the app downloaded. Seen a couple of positive videos, but prefer to get real life experiences hence this post.

But I need a heart rate monitor, so £40 to buy the Wahoo one. If app doesn’t work right then not great. But guess I could buy on Amazon and return it.

But keen to see if anyone is already using it, their views etc.

Tried to pair my watch, but my Garmin FR 235 only sends heart rate by Ant+ - which my Android phone doesn’t support natively.

Oh, HR2VP is just an app. No device needed.

While on vacation I forgot to bring my power meter pedals. In a pinch I used the HR2VP application to get me by for a couple Zwift events I didn’t want to miss. These were social, non-race events. I would not use this approach for racing because in my opinion it would be unfair. While it got me by for a few events, I consider it a short term and not a long term solution.

During the group ride there was a yo-yo effect that took some time to adjust to. Once my heart rate settled down during the ride I ended up dropping off the back of the pack. In response I worked harder to catch back up. The delay in heart rate response caused me to work too hard and then I would inadvertently shoot off the front. As a result I would ease up too much and get dropped off the back again. The process would repeat itself. It took some time to ease into increasing my speed and backing off to reduce the yo-yo effect in order to stay with the pack.

In summary I was grateful to have the application, otherwise I would have missed the rides and not got my Zwift zen fix, but missed my power meter pedals. The natural heart rate delay that occurs in response to power changes makes it challenging to ride with the pack. For me it was a learning experience not to forget my power meter pedals on my next vacation.

How accurate do you think the app is other than the delay. Did you feel, generally speaking, the watts were similar? Can you go over 400w?

If in 6-12 months I’m still on Zwift, then might go ahead and get a smart trainer.

If I said I’m going to buy a Wahoo HRM strap and use this app for a year, do you think it would be accurate enough to feel I’m being fair in races, getting good response, gives me a 50% experience of Zwift that leads me to buy the hardware?

Thanks for all the replies so far.

I thought the app was accurate and worked well. The watts felt similar between the app and a power meter. I could go over 400 watts. Because the app relies on the user inputting an accurate FTP value, I think the temptation for abuse is there. Personally I would not use it in a race.

For the group rides I used the app for, for me it did add an extra level of stress. I was constantly monitoring my perceived power output and “work” effort to reduce the yo-yo effect and stick with the group. I focused on limiting power adjustments in order to keep my heart rate as constant as possible.This reduced the overall fun factor for me. It turned an otherwise fun ride into too much work.

This reduced the overall fun factor for me. It turned an otherwise fun ride into too much work.

I think this is an important piece of feedback for you @Karl_Handley. You may find that your setup isn’t great, so you lose interest quickly. Or if you bite the bullet and get a smart trainer you might find that the improved experience keeps your interest and you use Zwift more.

Also, I’m guessing you have no idea what your true accurate FTP is, so how will you know what to enter in the HR2VP app?

So if I can get reasonable accuracy to begin this hobby, and 6 months later Im loving it then thats better.

No idea of FTP but app gives a general number, which I will adjust basedon Zwift feedback over a few rides.

For what it would cost to buy a new heart rate monitor you could buy a second hand dumb turbo that zwift has a power curve for?

Jump on one of the market places and see what pops up.

Power by HR is a guess - it’s really not worth the hassle or hoops you need to jump through, it won’t be accurate.

I forgot to mention, for me even changing positions on the bike was enough to cause my heart rate to change and affect the power measurement in a noticeable way.

For example, changing between an upright position to standing and a lower profile position changed my power output and placement in the pack. I had to stick with the same position on the bike to get an accurate power reading which was uncomfortable for the long haul.

While this approach is workable, after a few rides I was ready to switch back to the smart trainer. I use a Wahoo Kickr Core at home and power meter pedals when traveling.

hi Karl,
since you are new to Zwift maybe worrying about racing is a bit premature. Just try a few rides. There are groups you can join, free rides to do and training rides to try. If you are not racing it doesn’t matter how “fair” your set up is. See if you enjoy Zwift first then consider a smart trainer if you want to stay on.

Racing in a truly competitive manner I totally agree. Which is where I may want to be, it may be I lose interest in a month, 3 months - I simply don’t know yet.

But being able to be in a race and just simply fighting with “someone” will push me. It may be I’m quicker on a smart trainer and the app is slowing me down - for now, I’m ok with that so long as when I work harder I go faster, when I slow Zwift slows accordingly.

Based on the posts, I’ve decided to buy the Wahoo strap from Amazon with the idea to test it, see if it gives me, what I deem to be, a fairly decent power output and can always send it back. If its better than the Wahoo speed & cadence sensors (which I think it will be) then I can still send those back.

Thanks for the replies. My gut feeling is that this strap and the app will give me an insight into Zwift over the next few months, at which point I’ll know if investing in something like the Wahoo Kickr Core is a worthwhile investment. Especially over winter when I tend to run less.

Again, thank you for everyone that replied.

You don’t need to buy a new smart trainer. Buy it second hand. Sell on value if you don’t like it will be roughly the same as you bought it for. Write down is quite low. Better value and more likely you will actually fall in love with it than this.

Karl also doesn’t have a bike so does start to get a bit expensive for someone just trying it out.

That’s a good point which I overlooked! Assumptions eh.