Hello Zwifters! Happy New Year! Here are the notes for the latest updates to the Zwift Companion app version 3.43.0.

Could we have a bit more info on the privacy changes, please?

Support for an upcoming map

Or should we just start speculating about another upcoming map? Because I can do that if that is what you want.

Could we have a bit more info on the privacy changes, please?

These are refinements to safeguard privacy in game chat, and for under-16 Zwifters 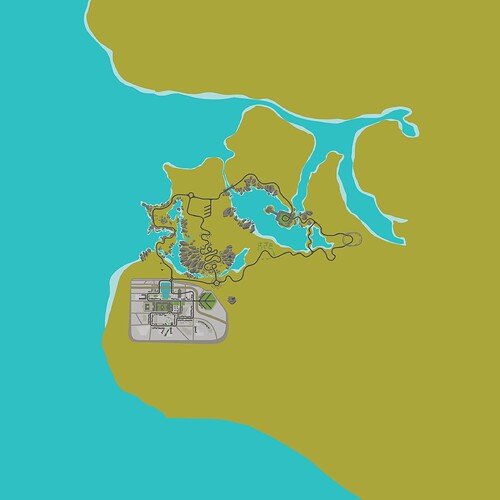 So, when is the January update due?

I guess just before the Tour de Zwift Scotland stage.

Anyone else having problems with the workout screen not working? The latest update seems to have broken it on my iPhone. I’ve uninstalled and reinstalled the app and rebooted the iPhone.

A post was merged into an existing topic: Trainer Simulation does not work neither ERG mode

That’s a home network issue. Make sure your phone is on the home network and not mobile data. Your phone and your iPad need to be able to see each other on your network for this to work. A router reboot might help.

Nope not home network as have tried all of the solutions you mention…it’s a common issue with every ios update, it knocks out the companion app map and then the next zwift update rectifies it…not this time though…but then that’s no surprise as everyone knows that any updated is never tested prior to release and it’s down to users to point out issues…wouldn’t be an update without ‘fixed some bugs’ being one of the main points

After updating tried 2 events today, resulting in 2 crashes. After 18 and 26 minutes into the events. Screen goes black, then returns but freezes. Waited more than 5 minutes but to nonavail.

Nope not home network as have tried all of the solutions you mention…it’s a common issue with every ios update, it knocks out the companion app map and then the next zwift update rectifies it

If it was a common issue then this forum would be chock-full of reports of it every time there was an iOS update, and that doesn’t happen as far as I know.

Now it might be a common issue for you, and that’s a different matter.

during the ride cca hour ago it asked me for update and I’m no longer able to start the app again ;-(

Has to be Android 9 or higher. You could try and find APK of previous version that you were using and install that (but wont get map updates etc), or flash a custom ROM. - XDA developers website is a good source for custom ROMs.