Show Time difference (Delta) in seconds to at least 0.1

I’ve increasingly noticed that it’s tricky to judge if I’m catching or being caught by riders who are under 5 seconds from me - I’m not really too concerned about anyone who is over a minute ahead or behind. Would it be possible to show the time gaps to surrounding riders in seconds? (when less than 1 minute). It would probably be pretty demanding to do this to 100th’s of a second - but 10ths should be achievable?

Another great upgrade would to be have the centre section of the right hand rider list slightly zoomed in like an old school binacle so that it’s easier to see the details of the 2-3 riders before and after you - I could happily lose a rider or two from either end of the list to let that happen. Might have to reduce how quickly the list order updates when in tight packs (where it’s less of a big deal anyway)

Has anyone else noticed this? would you like to see it improved? 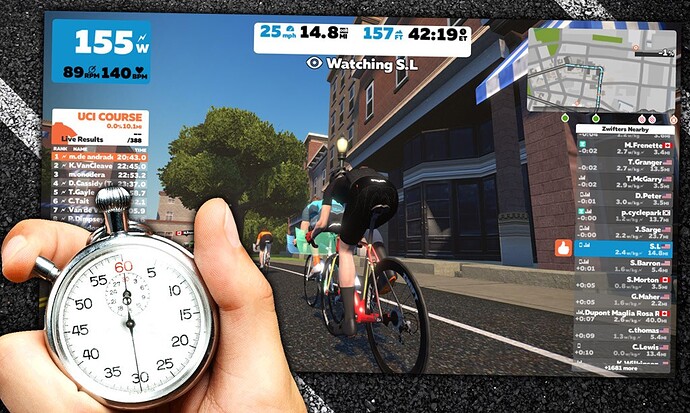 Distance would be more useful imo.