Ride as mark of respect for Queen Elizabeth

Is there a joke in there I’m missing?

Perhaps only deaths in the cycling community should be recognized and memorialized on Zwift? I dont recall seeing any memorial rides for Sule however. 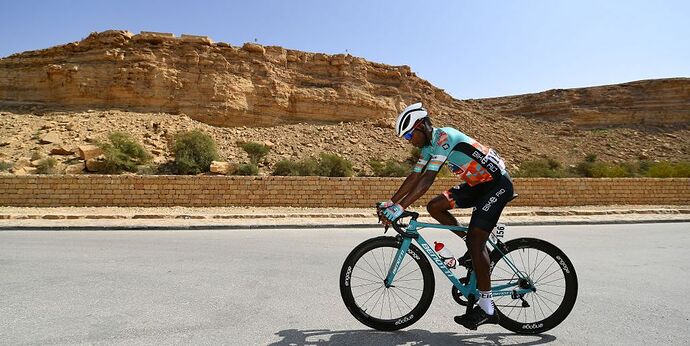 The 33-year-old Kenyan racer’s death is mourned by the entire gravel and cycling community.

did you ask for one?

No, I did post of his passing in the thread about the Meta ad featuring team Amani and Zwift however.

And that is precisely my point, should all requests be granted or does a set of criteria need to be established, and who gets to decide on that criteria and approve/deny the request?

Maybe ask for one then and see?

I don’t remember any other requests for memorial rides so I guess someone asked for this and they said yes. Is it really an issue?

Clearly it was an issue for some, not me personally however.

Years ago I asked for the New York map to be available on 9/11, that was never granted… coincidentally it is this year?

Seems to be at odds with this:

Zwift shouldn’t be the place for political discourse or percieved support of one nation over another. This is a global community, and every nation has enemies. When you support one, you alienate another.

I’m not someone who is moved either way on stuff like this, I never take offence to stuff and find it very easy to ignore.

If people choose to take offence at stuff it is their problem if you ask me.

Anyway - I don’t really want to take issue with anyone.

If people want to go on the ride let them, if they don’t then just ignore it - that is my advice!

Seems to be at odds with this:

Yes, as I said it was years ago, I also said in that old post that i realize it is a slippery slope. Someone quickly pointed out that many people dont regard the US as a great nation, probably because we bombed the $hit out of them… and I agreed and dropped it. Evidence that I’ve learned and evolved a bit.

Yes, as I said it was years ago

It’s a lot harder than it should be to change the world rotation, but I think that was a perfectly reasonable request. If you had asked that now, I suspect we work have worked to make it happen.

Popping events up only takes me a few minutes and I’m glad I did.

Sadly, I’m going to close this thread because it seems to have become a discussion about whether or not it’s okay to flag posts and a bit too political for my liking - this was just meant to be a way for people to pay respects.