Just got Runn. Set it up as instructed. The speed is going well for most of the run, but jumps considerably (goes from 13 km/hr which is normal, to between 18 km/hr and 30 km/hr) for a split second. Enough to register and really throw off my stats for max speed, max pace etc. Then goes back down to around normal, then spikes again and the pattern repeats. In a 5 km run, there are approximately 8-10 slipt second spikes in all. I have moved the sensor to different places on the treadmill, used the Configurez app to calibrate, tried factory resetting and using uncalibrated, played with how close the sensor is to the belt, added additional strips to the belt (ensured all are at least 18" apart). I have tried everything I have read online and anything else I can think of. I have reached out to NPE support and I’m waiting for a response. Has anyone else had this issue and what (if anything) did you do to fix it? Many thanks! 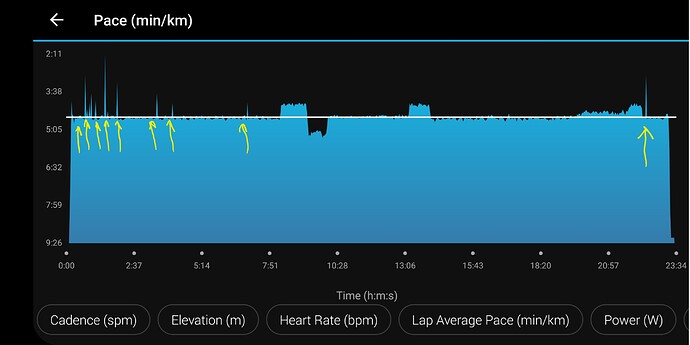 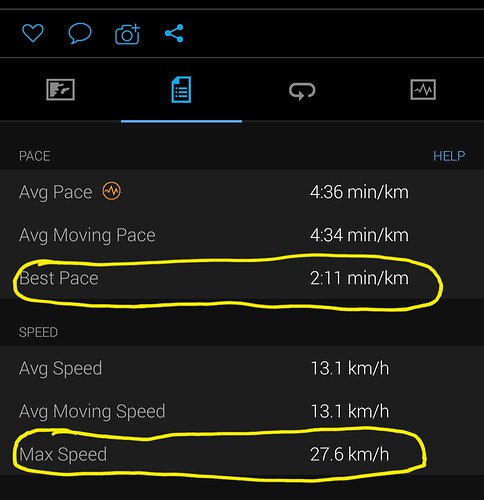 So turns out the issue is BLE connection keeps dropping. I have had no other issues connecting to and staying connected to other devices, so this is disappointing. I have reached out to NPE support to see if they have any suggestions on improving BLE connectivity. I will try running with ANT+ connection next time and see if that is any better.

I’ve documented the variation in speed that the NPE reports.
However it’s not to the extent that you are seeing and is a different issue. Dependant on the quality of your treadmill and its ability to keep the belt at a constant pace you will see fluctuations of up to half a Km/h.

I’ve never seen the spikes that you are reporting. I’ll be interested to see if it’s replicated on Ant+

Also dependant on the make/model of your treadmill there are pieces of software that can read your treadmill speed and effectively turn it into a smart one that connects to Zwift.

I ended up exchanging the Runn unit for a new one, as NPE tech support couldn’t resolve the issue and concluded it was a defective unit. I’m now waiting for the new device to be delivered and hopefully these problems don’t happen with the new device. I will report back my findings.

So received the new Runn device and same problems happens. I tried Bluetooth and ANT+ and same issues. I have connected Runn to 3 different devices, same issue. At this point I officially give up. I’m happy to see this device works for some, but it just isn’t reliable for me. I will be returning it.

On one of my last runs with the Runn I got the spikes that you are describing, it happened at the end of a run and it was like I was doing strides or something. I have seen normal fluctuations in pace from the unit but nothing like this before.

I wasn’t super happy with the Runn anyway it was always finicky. If it wasn’t set up just perfectly the readings would be off or just stop altogether until I jumped off the treadmill and fiddled with it. I switched to the Gem Retro now and I love the setup, nothing to fuss around with it just works.

Wish I had a CSAFE port on my treadmill. I would absolutely get the Gem Retro.

Use the QZ app. Stable connection, no spiking. Admittedly doesn’t do cadence but you could still use the Runn for that.