I’m getting constant large flashing black squares filling a big part of the screen. Anyone have any idea why this is happening constantly?
Ndiva GTX1050 graphics card on my laptop.
Intel(R) Core™ i7-7700HQ CPU @ 2.80GHz
16GbRam
I’ve stopped Zwifting because of this issue.

Even on the splash screen there are issues you can see the balloons in the sky are just black blobs. 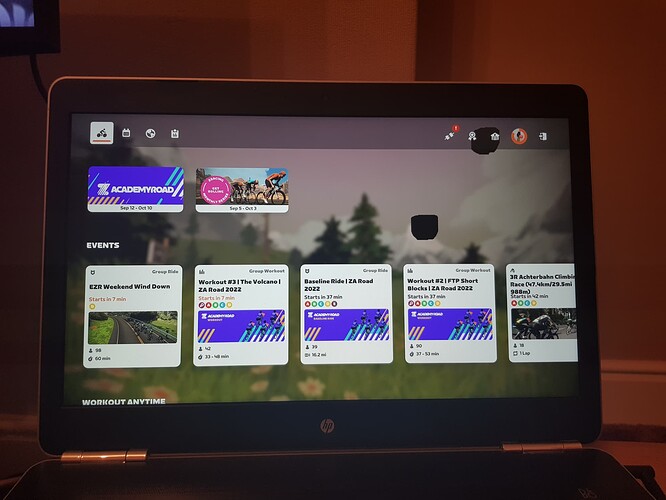 Looks like either corrupt assets or your graphics card is on the way out. Chances are it’s the former, so try a full reinstall of the game first.

Thanks Dave. Done that twice already.

Clearing out Downloads/Documents and with a reboot after the uninstall? Tried using a different network connection to force the files to be freshly downloaded?

If still the same after that, I’d be concerned for your GPU.

Thanks for the suggestion Dave.
Someone else suggested clearing the graphic card cache and that did the trick despite the fact that I had uninstalled and re-installed it!!