Advice needed: Use of intel nuc? yes or no?

I’m having thoughts to update my current Zwift set-up as I’m experiencing Bluetooth disconnections mid ride without the ability of regaining the connection.

I’ve used zwiftanalizer to check my log files, I clear cache before every ride, I have no other bluetooth connection in the rooms nearby. So I believe my current set-up (Lenovo Yoga Tab13) is not up for the task. It’s the last addition to the set-up and since then I’m starting to lose the connection.

My trainer is a tacx neo 2

Is there anybody running Zwift with the Intel Nuc above or similar set-up and would you recommend this?

would you recommend this?

Absolutely not. Zwift is a 3D game with relatively high CPU demands, this is totally unsuitable in both regards.

It’s also incredibly expensive for what you get, let alone how it poorly it will run Zwift. Please don’t buy it.

Thank you for replying!
What would you recommend then if I may ask?

The yoga tab 13 comes with Qualcomm Snapdragon 870 Processor which is not bad if I’m not mistaken?

Your Snapdragon 870 is relatively powerful within its segment (i.e. for a tablet), but still nowhere near the kind of brute strength processing power required to cope with something like Zwift at anything beyond the absolute basic of graphics at a lowish frame rate. Whether this actually bothers you is a different question; it seems like you’re more concerned with the Bluetooth dropouts. That could be happening for any number of reasons, and whilst it would be easy to say just buy an Apple TV instead of the NUC - assuming the lower end graphics are fine for you - Apple TV is also Bluetooth only and may not be any better.

As a starting point, try pairing your devices using the Companion app as a bridge instead of direct to your Yoga. That will at least allow you to try and establish whether the tablet is actually the issue, or your wireless environment.

Thank you Dave!
The graphs for me are fine, I find it enough. My thinking pattern at the moment is that the game is asking too much of the yoga which is in its turn affecting the Bluetooth connection.

I’ll try the bridge connection through companion first to see if this helps. Thanks again!

Bluetooth interference can come from a variety of sources in your environment, not just other Bluetooth devices. Such as 2.4GHz WiFi, cordless phones, baby monitors, fans and motors, etc. If you’re using 2.4GHz WiFi, switching to 5GHz or changing the WiFi channel on your access point might help.

If you suspect the tablet is dropping because it’s too busy, you might also check if any apps aside from Zwift are on the CPU, and if the CPU is getting hammered. There are various apps you can use to check, such as this one: https://play.google.com/store/apps/details?id=com.cpuid.cpu_z

Is your tablet getting too hot?
My laptop would work fine for many minutes then start having weird connection issues.
I put it on a cooling pad and have no issues.

I used mine in an attached but unheated garage in the US Midwest.
Zwift just makes the computer run hot.
If I put my hand by the cooling exhaust port of my laptop, 30 sec of zwift and the air is hot.

I use a Asrock desk mini x300. I have an amd 4650g and it’s very capable machine. It can easily run 4k 30fps or better. I actually run at 1080 60fps on my old 1080 71” sharp. It can also stream at that resolution at the same time. They cost around $700 to assemble and will be the most power in a mini computer like a nuck. If you have the space I would build/buy a small a tower system with a 16xx dedicated graphics for $1000 or so.
This is a pic of my desk mini for size. They are smaller in stock configuration as I installed a 3900x cooler on mine which makes it much bigger. It’s the little cube in the lower left corner with the ugly rgb fan. The thing to realize is even a gtx 1050 will have more power than the graphics in the apu in the 4650g. That’s why I recommend a cheap small tower with dedicated graphics. 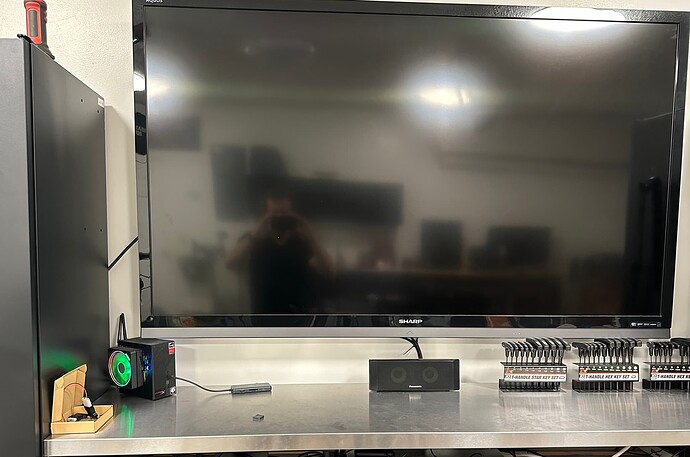 It really depends what is important to you.

I use a HP EliteDesk 800 G2 mini PC with 6th gen i5 and internal graphics.
I don’t care about 4k graphics or ultra profile or great FPS, all I want is something that i can boot up and run the game with minimal fuss.
I probably get 30 FPS on basic profile but that is all i really need i’m far more concerned with how quick the gradient changes, games crashes and other issues like that and i get basically zero problems with it on that front.

Absolutely, there are options for everyone at varying costs depending on their wants and needs. People see figures like $1,000 bandied about and think it’s ridiculous to contemplate spend that much on Zwift, and that’s because it is. You don’t need to spend anywhere near that much even to max out the game in all circumstances, let alone get a reliable, useable experience.

I agree but I just quoted a price at Best Buy. Most can’t build a pc. If you can yes it’s much cheaper. 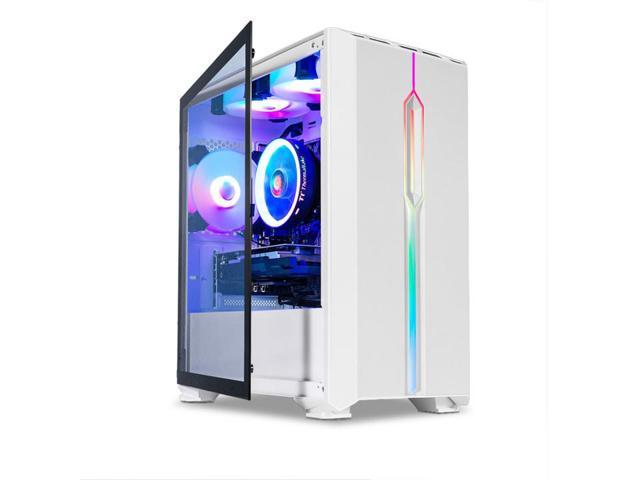 Something like this is $819 and will do 4K60 in all but the stupidest places on the game. Still far too expensive for what is it; self-building saves at least $250 - more if you’re happy with a few used bits. I’m not saying anyone should buy this btw.

Any thoughts on small cases?

I like the look of this one, and think I could do a build with it to run the windows side of my pain cave much better than a Lenovo yoga. Would use Noctua fans.

I know my way around rebuilding Mac Pros (even a CPU upgrade on the trashcan) so it should be easy enough.

I did use an Intel NUC and stopped soon after. I currently use a MFF Dell Optiplex. It’s great and only slightly larger but has a much better processor. Even go for SFF if you want to upgrade the graphics.

Also, an i5 9th gen (perfectly suitable for HD performance) is only about £300 now.

Also, an i5 9th gen (perfectly suitable for HD performance) is only about £300 now.

That’s like twice the cost of an cobbled together system that will do Ultra profile graphics and 1440p60.

Is it? Cool. I’m not close enough then!

If integrated graphics are acceptable you don’t need to spend more than about £60. They’re all Basic profile.