On today’s Socks4Watts Hill Climb on Sea to Tree, 16 riders were given a time for the KOM, the rest of the riders were not.

Seeing as the only thing that matters for this race format is the KOM time, it is incredibly frustrating that we cannot realistically give out points for this race (1 in a 5 race series).

The broader point - the Zwift Power chaps had quite a lot of really cool stuff planned. In the 2 years since it has been adopted, nothing has been added or improved. It is less fit for purpose than it was back then, other than being slightly faster to update and having a new font.

When it was taken over, we hoped either that the majority of the functionality would be brought in to the game, or that it would benefit from better data access to be developed and evolved to become a more embedded key component of the Zwift racing system. Neither has happened.

If it was left with the community, you could have just developed some APIs so that key data can be passed back and forth between the systems easily, and it could have continue to be developed and evolved.

I’d love to know what the roadmap is @xflintx. It is incredibly frustrating to not be able to use it to manage innovative race series, which only seek to improve the overall zwift experience.

Will there be some knowledgeable developers brought in to improve it? Will it be replaced by something else for which you already have the skillsets in-house? Or will it be just be left to rot? Please tell me there is at least a plan.

nothing has been added or improved.

Well, they did implement SSO and some CSS changes, but I think your main point still stands

It was taken over to kill it. It was a threat to Zwift’s authority and therefore had to be rendered harmless. Standard tech industry behaviour (and quite possibly elsewhere).

We got a new font… What more do you want? Really should be grateful for the wonderful improvements the ZHQ team deliver us…

@gloscherrybomb
James - We’ve had issues with segment times for years, it’s not a new bug. In Herd Summer Racing League, we don’t use any segment that has the same finish as the route finish.
For Climber’s Gambit (similar format to your hill climb - soon to be merged with our Herd of Mountain Goats series though) we put a custom distance some time after our segment of interest.

I know there have been some people saying they work properly now - but I never trust that ZwiftPower will get a segment time for a segment that ends with the race, I’ll always either not use that segment or use a custom length that is longer.

Thanks, that’s useful to know for the future races we’ve got scheduled.

I’m pretty sure there has been some significant work on the back end of Zwift Power to integrate it into Zwift. So I expect wouldn’t be surprised to see changes and improvements in the future.

That would be nice Kev, and what makes you believe this?

It seems to be the logical next step. We know Zwift Power was transferred to the Zwift servers back in November 2020 and security improvements. You now log in with your Zwift ID rather than the old Zwift Power one. We also know that Zwift Power was written by its creators in what Zwift staff describe as “legacy code”. This will almost certainly be slowing things down.
While it may seem from the outside that not much has happened in the last two years, I don’t see any reason to doubt that work is being done on Zwift Power behind the scenes.

So past performance is not an indicator of future performance? I admire your optimism.

That’s a far more generous response than I would make.

We also know that Zwift Power was written by its creators in what Zwift staff describe as “legacy code”. This will almost certainly be slowing things down.

i dont know the full details and it’s probably not my business but i am under the impression that said creator has offered his services and instead zwift told him to ■■■■ off and thanked him for the free website. actually they probably didn’t even thank him

There’s a post on here somewhere with a screenshot of a Facebook comment made by Eric of Zwift Insider where he says that Zwift ploughed quite a bit of money into Zwift Power to keep it running prior to them acquiring it. I doubt Zwift would call it free. 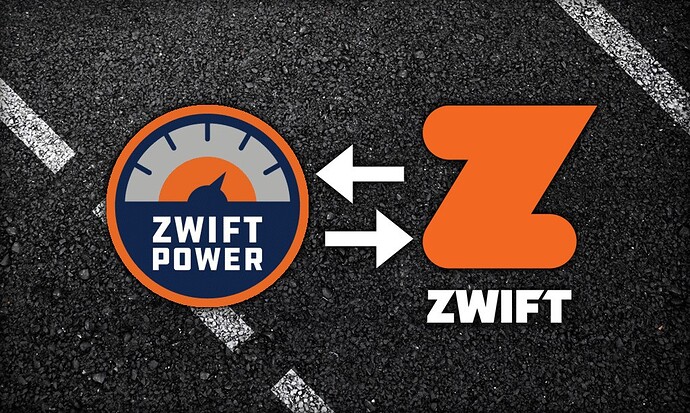 The transition to Zwift’s servers and management has begun.

I believe you mean this:
" It’s worth noting here that Zwift has been a financial supporter of key community projects for years. Zwift Community Live, ZwiftCast, and ZwiftInsider also receive financial support from Zwift, and have done so since early days."

But… You should read the whole article, there is more than this statement. Example:
" A fun little bit of Zwift history: Glen Knight was originally running the ZwiftPower servers out of his garage. It consisted of many computers, and the overall monthly cost of hardware, bandwidth, and power was quite significant. I believe it was when these costs got high enough that an agreement was reached for Zwift to fund the infrastructure of the site, which was a good thing!"

That’s actually not what I found, but thanks for sharing it. That article explains a lot.

Today’s results drama. Zwift Power has the KOM and the Sprint the wrong way round

more worrying is WTRL and ZP data does not agree so either all of ZRL/TTT events or ZP is broken.

Not sure which but when we are relying on ZP to set categories this seems like a major flaw in riders data.

that one’s at least a year old too and happens on all sorts of courses. has nobody reported it before? maybe i should start reporting stuff.

Oh I’m sure they have. You can also project your voice in to the vacuum if you wish.