Adding my vote for rowing / Waterrower.

Me too. Add my vote for Rowing.

Was disappointed when they did the survey and then shelved rowing. What did they expect when they survey a proportion of zwift paying members who of course are super into cycling (and I would guess few of them rowers) and ask would you like us to develop rowing? Do you mind if we throw some of your cycling development resources at rowing…? No prizes for guessing the outcome!

There is a massive market of rowers out there, survey them and I’m sure you’ll get a completely different answer.

I’ve just invested in the Waterrower/smartrow (power meter) and I’m back to staring at numbers. There are a few apps out there but not worth the subscription imo.

Waterrower/Smartrow owner here. I vote for rowing added to the Zwift world.

Waterrower/Smartrow. Would love to Zwift with it.

Maybe we need a reminder that there is a way to row on Zwift:
Zwiftinsider: Rowing on Zwift

It works like charm for me, I´ve been rowing about 3000 km on Zwift and still enjoy it every time.

It is true that you can power your running and cycling avatar by rowing - and yes works a charm. We were ‘teased’ with native rowing support with an actual rowing avatar.

This, unfortunately has been shelved, but would have nicely opening up triathlon style event possibilities.

Thanks for that linked, works fine, my phone disconnects at times, but I guess that’s related to the wifi dropping or something other magical going on… who knows!?

I’m the PainSled/RowedBiker developer. I have found that drops are often related to having too many other 2.4GHz WiFi or Bluetooth “classic” devices (headphones, usually) in the area. If possible, moving WiFi devices to 5GHz can help. Send an email to the support address if it keeps dropping and we’ll sort it.

If ONLY there is a way to ride on water…

What one could say is Zwift has missed the boat

Sadly I think not the only one to have been missed , they road the crest of the wave of last year to get some investment but failed to use that to improve core product , instead are off chasing some Pelotonesque hardware project that has all the hallmarks of being no more than a folly . Especially since there appears to be no market for one player in this space let alone two .

They are now in debt to the bean counters so forget anything we want getting done when growth turns to shrinking which it inevitably will do not least because of the changing nature of the world politic but because Zwift didnt invest in (or even listen to) any of the real features users wanted ,

Best we can hope for is the investors will call time and force a sale and hopefully someone with a vision more aligned to the user base will take over.

Bring back this feature team please. I know people who’d move to see this added and are not zwift users yet. Asking cyclists if building a feature for non cyclists is important to them is a bad concept.

I would also like to get some basic rowing on zwift with separate distance and metrics counting. 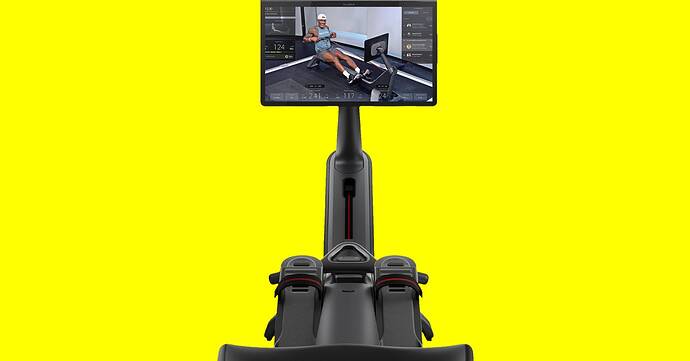 Peloton’s New Rowing Machine Is Here. Get Ready to Pay Up

Peloton Row is the company’s latest high-priced piece of workout equipment—and a holdover from a previous Peloton era.

Are we really saying Peloton is better? O_o

Well, since this thread has been necro-posted, I’ll chime in, bullets for brevity.

From the linked article:

“We’re pricing it for what it is. It is truly a premium experience, and it’s priced as a premium experience,” says Tom Cortese, a Peloton cofounder and the chief product officer of the company. “I mean, this is a conversation we’ve had a lot over 10 years. When we came to the market with the Peloton bike, I used to hear, ‘I could buy a bike for $250 on Amazon.’ Great, go buy a bike for $250 on Amazon. The value of Peloton Row is, we believe, unparalleled in the market.”

Translation: we get our 10,000 steps a day 6-inches at a time while having our morning shower.

OK, so you don’t want it. That’s fair enough.

I still do. Like you I’ve done marathons on the C2. Three hours on the erg isn’t really much harder than 3 hours on the bike, once you’re used to it - but I almost never spend 3 hours on my bike in Zwift anyway. Barely ever more than 2.

Most of my erg workouts were 30 minutes or 10k at most, so personally I’m not really concerned about how long I can sit on my erg in Zwift. I just want to be able to do it because bike every time is boring.