I’m new to zwift and to DD trainers and as far as I can tell there’s a massive disconnect between speed and the watts I’m generating - even blasting up to 600w I’m not really going over 24kmh - big ring 90+ rpm - outside I can do 24kmh In a low gear at 90rpm.

I’m trying to understand it - obviously if I stop pedalling the flywheel keeps going - should it coast ? Cause it just stops

I can see the ThinkRider etc x5 isn’t on “the list” is it as simple as that and it doesn’t talk to zwift well ?

That sounds odd. What sort of terrain were you on when you were experiencing this? Flat roads? Which bike were you using in the game? If Zwift says you’re generating 600W then you should be going pretty fast in the game, regardless of the trainer. Though having your weight set wrong in the game could affect it. Even on a slow bike like the Zwift MTB I would expect you to be going faster at that kind of power, unless you somehow set yourself to 1000kg and went up a hill. The trainer difficulty setting is irrelevant on flat roads.

I’m just using the basic first bike because I’m lv2 but I was doing the kappa quest so there’s a lot of uphill but it is as more on the flat sections - say 150-200w 80-90 rpm I felt it was maybe 8-10kph too slow. My cruising speed on the road is 24-26kph and I felt like I was working my socks off to maintain 21 and n the flat sections tonight. I’m sure I’m doing something wrong

How did you calibrate it? Always use the trainer manufacturer’s app to calibrate it there is one. But if Zwift says 600W then you should be going fast on level ground, regardless of calibration.

I would ignore your ride on Kappa Quest, too much climbing and on dirt.

Looking at your very first ride in Watopia on a flat course I see you rode 1.75 miles in first 5 minutes at average of around 155w.

For your next ride try Tempus Fugit which is very flat and a good place to test your speed v power.

Possibly join a RoboPacer at around 1.4-1.5wkg and see if you can sit in the pack quite easily. (Edit - RoboPacer Bernie on Neokyo All-Nighter this week is better option than Big Foot Hills )

There are days where I feel so slow, I for sure want to be able to check my tire pressures in Zwift. I mean, look at that rear wheel, and tell me it’s not slowing me down! 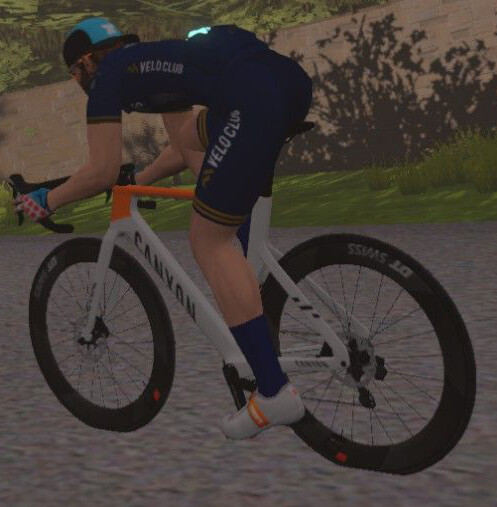 Cyclists like you are more fortunate than us Zwift Runners. At least your rims are spinning above the road.

Look at us runners, both feet deep in the concrete and not really going anywhere then… 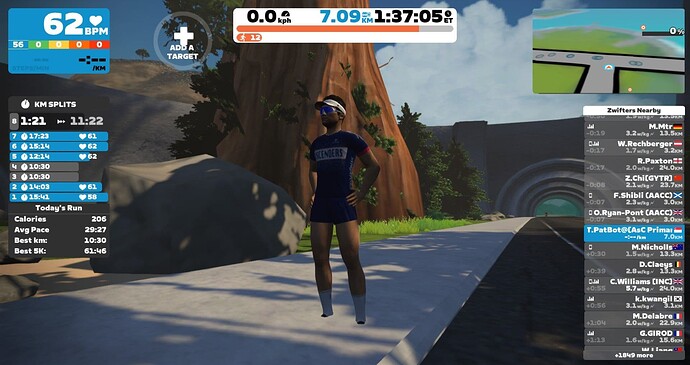 Always wait until the concrete is dry 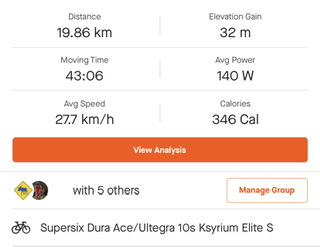 Ok so that’s a bit better

Well done. I would say that was close to what some Bike Speed Calculators would have you at IRL.

Next you probably want to see how your speed increases, using the same power, in a large group. Try a Robo Pacer ride with Bernie at 1.5kg. Your 140 w average should easily keep you in that group. Much more fun concentrating to stay in the group and close to Bernie.

I’ll give that a go on Sunday