I’ve sent crash reports too. First time in 18 months after update, crash from “save activity” without error or warning - straight to windows. No file found in activity folder, “ZwiftApp Crashed” in log file. …

@Gustav_Lindqvist
Thanks, I see your email conversation with my Support colleagues. Was your crash while loading Makuri Islands map?

You crash might be a totally different issue, so I’ve asked that the Tier 3 team to investigate and email you about your situation.

I went from Makuri warm-up directly to race (from Join Now in Makuri), in Crit City - and post race saved directly from race which is where the crash happened.

Thanks for your continuous support.

I went from Makuri warm-up directly to race (from Join Now in Makuri), in Crit City - and post race saved directly from race which is where the crash happened.

Might be related because Makuri, but if you were able to warm up without issue, then race in Crit City, it sounds like a different issue. Thank you for letting us know, though. 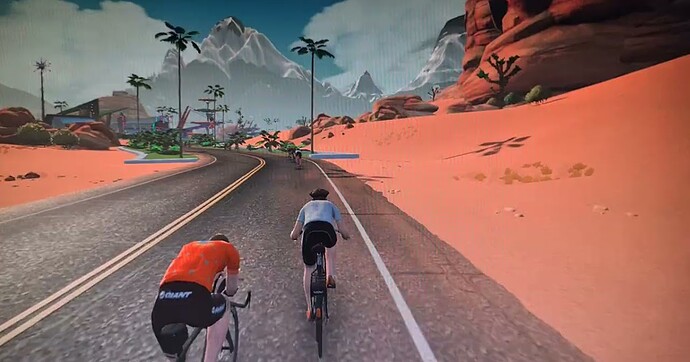 Crashing here too on loading Makuri. Never done it before the last update

I see that Windows 11 22H2 was released at about the same time as the Zwift release. It has some performance issues with games Microsoft Pauses Windows 11 22H2 Rollout Due to Gaming Issues. This can maybe be part of the issue for Windows 11 users? @Dave_ZPCMR It is something to have in mind at least.

I think the problem is with low (V)RAM.

Someone up above had a crash with a 6GB card and 16GB of RAM. There are multiple issues in play I think.

Sure. The issue I think is related to low GPU memory is the crash loading Makuri Islands (in the blue loading screen). People with newer equipment are experiencing crashes later, during the game or finishing the ride (different issue).

Makuri is borderline unusable on lower end hardware with this release. Full on 1sec+ screen lockups with specs that were perfectly capable of a smooth 60fps a week ago, and still are on the other worlds. This is on top of the crazily inflated CPU demands as we saw when it was released, and resolved on version 1.24.0.

I’m glad to see it’s not just me. Definitely new since most recent update. I get past the blue screen, and among other things its clear that the textures aren’t loading correctly, and then it crashes. Is there anyway to have it run at lower graphic settings?

EDIT: I’ve sent in my crash logs as well. Hopefully, it helps.

Makuri is borderline unusable on lower end hardware with this release.

I hope that Neokyo is ok. Because ZRL is racing there in two weeks

Neokyo is the worst bit, always has been.

Honestly I think it’s probably a case of the new expansion inadvertently overwriting or rolling back some code or principle that was put in place to mitigate/improve performance on Makuri Islands generally. Hopefully this means it will be a relatively straightforward fix, but who knows. I just hope they look at the whole thing, and not just a quick solution for this issue causing crashes on first loading. Something is fundamentally wrong IMO, which is causing a number of problems. Just because it doesn’t crash on my modern system doesn’t mean it’s running right.

What are your system specs?

Well that just sums up my comment above. It shouldn’t crash on any platform.

Hmm … not had any crashes yet, but do get one (always one) screen lockup, of around 5 seconds, usually betwen 5 and 10 minutes into a ride in Makuri Islands.

I would definitely consider mine a low spec machine … desktop, around 7 years old, running Win10, 4GB of memory and using Integrated graphics (and magnetic HD not SSD).