It has previously been on Mondays at 0500 UTC. Assuming it still is.
EDIT: It’s now at 0700 UTC on Mondays, according to Zwift

If unsure what that is for you locally, this site is great: 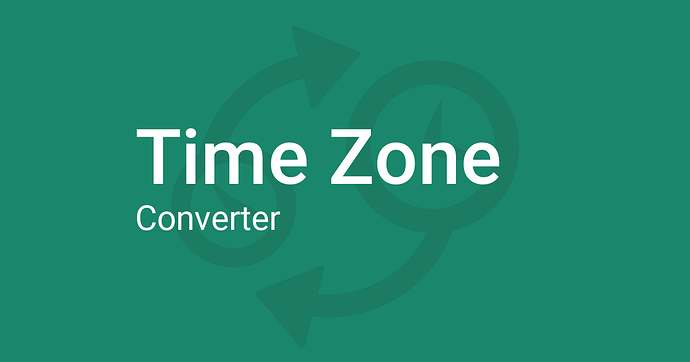 How do you actually join the bots in France when France isn’t on rotation?

That is still limited to people who have the new homescreen UI, which after more than six months of rollout isn’t universally available.

Hi James, I thought I’d just drop by to say “Merci” and let you know how thoroughly I am enjoying these pace partners rides, especially since Dynamic pacing has been implemented. I also love the variety of paces and routes ! Keep up the good work !!!
All the best from sunny France :-).

So Tempus is now out of the rotation for C?

The data collection James is doing will firm up these boundries a little, but basically it means a lot more graduation of the bots under 3wkg is possible & desirable then at the higher wkg settings.
There is more need and more people to go round under 3wkg then above.
Northern Hemispere Winter riding season will skew numbers a little, mainly to allow space for more bots without diluting the experience, being able to spin up more bots to fulfil demand is a nice option…
Note 3wkg is my line in the sand, actual data might diagree!

TL:DR it’s all about the numbers!

Lots of great work by James in the PP space.

My only minor criticism is around the naming:
I’ve most recently been riding with Diego or Daniela but in the initial selection screen and Strava afterwards they show as D Disc and D Draft, and I can never remember which is which. Let’s settle on a name and be consistent please!
(and one extra moan - the selection screen shows their current W/kg, not nominal, so Diego uphill and Daniela downhill are very similar and I’ve selected the wrong one in the past)

But trying to introduce real Watts into debates just confuses the matter. These are the current settings, with the Partners Watts, my Watts and the % increase between each step - it’s not too bad.

15W or 30W between the bots would be a backwards step - you’d effectively remove 3 partners as a 4-7% difference is hardly noticeable:

Staying with 11 bots and 0.33W/kg steps looks ok but the initial steps are big and if evidence suggests there’s more riders at the lower levels then surely we’d want those closer to enable riders to step up to the next partner more easily?

So if you want equal steps, and using the range of 1W/kg up to ~4.2 then we’d want something like this:

Happy to be persuaded that I’m wrong but bringing pure Watts into the discussion doesn’t help, perhaps proved by the fact that James (and everything in Zwift) really only references W/kg. (I almost didn’t include the Watts columns above but decided to leave them to demonstrate the point)
I can sit at 150W all day with a heart rate under 110bpm but my 55kg friend is killing herself at 150W!

Standard drafting, not double draft for Pace Partners.
Though it can feel a bit like a van powerup if there is a big crowd around the PP and you are drafting on a whole wall of Zwifters instead of drafting on a single rider.

You were right until I changed them, just because our “reporting day” starts at 0700 UTC.

Thanks, what a sh**show. I don’t have the new UI yet no so it seems like this isn’t available to me. Might have been worth them at least mentioning this in the notes above!

Its also worth noting that I wanted a pace ride today… but there was a cluster of “D” bots all between 1-2w/kg, but this huge gap between “C” at 2.5wkg and “B” at 3.7wkg on a hill course, with nothing in that normal 3.0wkg range that is probably the most popular.

Do wish they’d stop messing changing things around. All that’s needed is a spread of bots at different (steady) paces that everyone can drop in to join a ride on anytime via any UI and in every world that’s active on rotation. Its literally that simple. Two years or more of fiddling and they’re still busy steadily making it worse…

Is there a technical reason for using only eight routes? It seems be me this will miss out on one of the best features of the testing that has been done over the last few months, which is the variety and the chance to ride those routes with a group. Maybe other people did not like the variety of routes? IDK.

What about those who find Pace Partners a poor experience and would rather not be annoyed by the inane chatter and unrealistic pacing? Any chance of a Pace Partner free world or a setting to turn them off?

Too bad Zwift doesn’t invest as much effort in building more roads, enhancing the experiences of rides with real ride leaders, and addressing the backlog of feature suggestions and bugs as it seemingly does in Pace Partners.

Is there a technical reason for using only eight routes?

It’s only 8 routes in Watopia. No technical reason other than trying to avoid even more scrolling.

There are already non Pace Partner free worlds and if the chat upsets you, you could turn the chat off?

It isn’t always easy to find Pace Bot free worlds. How about Zwift ‘zone’ a world free from Pace Bots?

And I want to see the chat from real people I’m riding with- I don’t want to see the annoying and repetitive sophomoric comments of the Pace Bots. The option to turn off all chat isn’t really an option. Instead, how about a way to toggle off everything dealing with Pace Bots?

We need another pace partner in between Dorothy and Diesel.

On a possibly similar issue, is it possible to filter chat to only those riders within a certain distance /time from you on the map?

I’m afraid that there isn’t the ability to customise chat.