While doing my ride today I noticed this rider 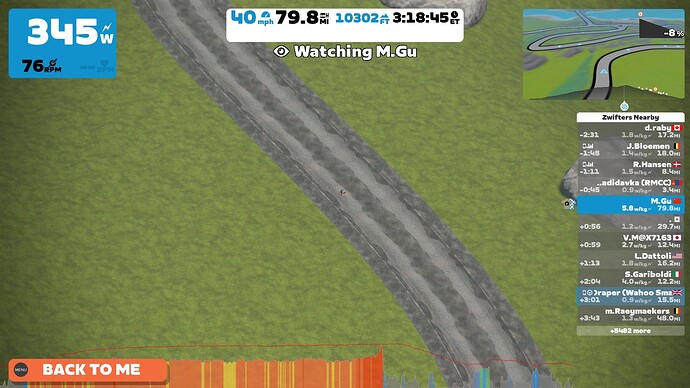 image1920×1080 424 KB
who was doing 345 or more watts ALL the time.No HRM of course because it’s not a real rider.He ,or should that be it ,had two jerseys ! So total lack of respect for genuine riders who but in huge efforts to try a win a jersey ! This person should be banned or at the very least a shadow ban so ‘their’ efforts don’t interfere with genuine riders !
Oliver_ZRace_Central (Oliver Chi) December 16, 2022, 5:57pm #2

You can report them via the Zwift Companion App

I burned more calories from reporting those riders within the app, than from pedaling ( almost ), and never seen any action taken.
Sometimes the same BOT is riding weeks after I reported them, which makes one think if Zwift care at all as long as they receive their monthly payment

Thanks for reply, Oliver

Flagged him and multiple others that do the same thing but they are still there the next time I ride !

Yes the same with me ! It does make a total mockery of their respect policy…or is cheating not regarded as showing no respect ! In my eyes it’s the ultimate way of showing lack of respect

Different situation but same feeling: I was running yesterday (Tri race) and someone had very unusual numbers. Usually, there’s no HR or cadence and the pace is constant with this kind of performance. 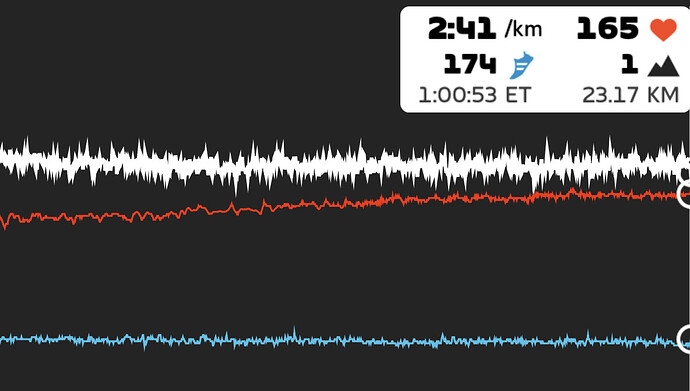 Maybe it’s just one of the Pace Partners taking a break for some solo riding.

I regard anyone doing huge watts without a HRM as cheating (Pro runner or Cyclist obviously not ! ) The reason being that your HR shows how hard you are actually working to do what you are doing, so the cheats don’t show it because it’s a unrealistic low number !

I don’t know - not much you can tell just looking at HR of another person you don’t have accurate historical data for. I know people who’s threshold HR is above my max of 185, and likewise people whose max is below my threshold HR in the 160’s… Someone could easily be at max and you think it’s “too low to be real” and someone else could just be spinning Z2 effort but be in the 170s.

I get annoyed with these types as well, but by the time you report them you’ve messed up your own ride.

By the way I’m not sure it’s allowed to publicly name these riders, we have to respect them, while they disrespect Zwift.