I second the request to get a better, consistent way to check about current racing seasons/leagues and register.

I don’t agree on using as a workaround Facebook or Discord or anything out of Zwift, as there is a big risk of missing anything out of the group we are eventually in among those socials, and so there is pretty much no benefit.

Zwiftinsider could be a workaround, as any central location where all seasons/leagues are presented in a consistent way, with relevant, up to date information, but I really don’t understand why this can’t be done by expanding and improving the existing pages in Zwift Power, owned by Zwift.

We are also moving away from current W/Kg categorisation and we developed VirtuSlo Category Calculator to hopefully improve racing.
virtuslo.cc/zwift-cycling-categories/

Hey team … I really enjoyed the few leagues I have entered and this topic is one that I really want to help solve. As an ex-coder I went to code something up but it turns out that I’m not very good, and, free tools already exist, so I made a mock-up database that requires little organiser effort.

To be clear, I simply want to provide a summary of what’s on/coming up in the e-racing world so individuals can go off to the organiser’s site and get more info. 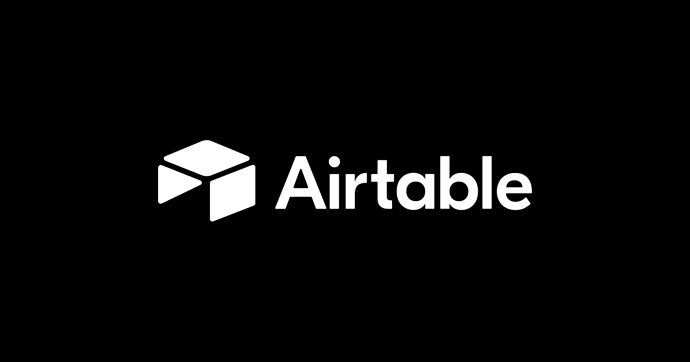 Explore the "Grid" view on Airtable.

Thoughts? Seems to be a bit of flexibility on the platform but KISS principle applies in my view.

it’s a tricky one as @Eric_Schlange_ZwftIn says keeping the list up to date is the hardest. I’ve seen a couple others suggesting things very recently.

Welcome to ZWIFT RACERS! This is a sub-group to the increasingly-crowded Zwift Riders group for discussions about bike racing on Zwift. Post scheduled bike races here beforehand. Post bike race...

Welcome to ZWIFT RACERS! This is a sub-group to the increasingly-crowded Zwift Riders group for discussions about bike racing on Zwift. Post scheduled bike races here beforehand. Post bike race...

Teamup is a free sharable online calendar for groups and projects.

While they all work to a certain degree it’s always going to fall down if it relies on people to update and communicate externally to zwift.

Obviously the ideal solution would be done completely within Zwift where an event could be tagged as a series with start/end dates and what race number it’s on, Then through zwift/zwifthacks you could filter on series, what race they are on and dates to get a good view.

Might be too much to ask given all the other development stuff that is going on with events/clubs etc but I’d like to think ZHQ see this and see if it’s possible. Certainly does not seem like a complex task to add a few move settings to rides which can be filtered through zwifthacks. Maybe counting which race it is on is harder to automate but just a series tickbox and start date would be a good start.

Obviously the ideal solution would be done completely within Zwift where an event could be tagged as a series with start/end dates and what race number it’s on, Then through zwift/zwifthacks

Thanks Gordon, appreciate the feedback.

Yep, I dont like to burden organisers that are already busy. Given these are leagues/series, I dont mind volunteering time as I dont see the overall demand high if organisers dont do themselves.

I’ve been in those FB groups for a while and whilst I have stopped using them, my view of using them for providing people with long term heads up to plan a series/league commitment is that you have to go looking like a needle in a hay stack. Still, a lot of people use FB!

I agree, the best outcome would be plan data being made available in Zwifthacks if Zwift doesnt do it themselves but if the data isnt there in a timely fashion …

Agreed very easy to miss things on fb, I’ll take a look at that site you suggested to see how it compares to the linked site I mentioned above.

I have also wondered whether discord server could be better to organise stuff.

discord server could be better to organise stuff.

I use Discord a lot for work. Personal view is that stuff gets buried in that too (RGT is good example and thats not a busy server!). But keen for any feedback like this. Cheers

EDIT: I also reached out to @Jesper_ZwiftHacks for his 2 cents worth.

Not sure it is a relevant example, as the community is much smaller, anyway on RGT the solution found, which is basically working well (again considering the smaller community) is an external site dedicated to racing and series like RGT DB

They also added a new ranking system there.

I see this something that could (and should) be replicated in Zwift Power, as a central site where to manage consistently series info is much more convenient for Zwift customers than going around of Facebook/Discord groups trying to find what to do…

Zwiftpower already does far more than RGT db last time I checked but there is possibly some features that are different particularly in the promotion of events.

Your are right: ZP provides a lot more data than RGTDB. However I think that RGTDB (again, considering that the RGT community is much smaller) provides more useful information on top of less data.

Regarding series, the data provided (as well as the way it is presented) by ZP is not useful and is not information based on which to take decisions about which serie to join. It’s just a long list of series, often expired.

For example RGTB categorizes series by ongoing, upcoming and closed: just this would be a useful addition to ZP.

RGTDB also established a different ranking system to better understand how a racer is performing vs competition with similar performances.

Anyway it’s just an example: I think that anything more than the current flat list of serie would be more than welcome by the Zwift racing community.

ZP already has a league list. Looks like it is incomplete. It seems natural to improve it, but Zwift hasn’t done much with ZP, so I’m not holding my breath.

I’ve been in those FB groups for a while and whilst I have stopped using them, my view of using them for providing people with long term heads up to plan a series/league commitment is that you have to go looking like a needle in a hay stack. Still, a lot of people use FB!

We (Herd) have been trying to do an announcement post about each of our race series’ weekly on our facebook group, but it’s pretty cumbersome.

I think that this is something we (Zwift) want to look at in the future and I think the new homescreen will give us the ability to do this to an extent, in terms of recommending events but also look to highlight some community race events/rides also.

How do you navigate to that page?

I went through every league a couple weeks ago and “finished” any that hadn’t been touched for 30+ days so it should be relatively uptodate.

Zwift Hacks seems the perfect place for this, an extra field to filter by series. Not sure how easy that is though, I guess if they get event details directly from Zwift this information won’t exist, but maybe if they use a Zwiftpower API (if one exists??) then this data field might exist since you can see it being surfaced on ZP.

It sure seems like ZP has the data. It knows when a league has been setup, it knows start dates. Asking it to show you what is coming up for the next 2 months would seem simple enough, if only leagues could be setup that far in advance. I guess that is where this idea requires a bigger lift than just a new report from existing data.

Zwift Hacks have added a series filter, not sure where they are getting their information from but great start!

I got a very quick response from Jesper who runs Zwift Hacks.

So it seems that the series that pull through to Zwift Hacks are based on those that ZHQ have defined and linked together as a series, which based on what is currently showing is not many, so not sure how event organisers can ensure that when creating events as a series ZHQ define them as a series and link them together. Any ideas @James_Zwift ?

I strongly suspect it’s done on how we tag events.

We would generally tag with the organiser name, but generally not with the series.