As I said , the fact this hasnt been done is a active choice made by Zwift to not support something and that choice appears a little bit suspect from a diversity perspective. As you said they quite happily load memory with plenty (far to many) other things.

This doesn’t affect me personally but seems like a no brainer for inclusivity.

But the main reason I’m commenting on seeing this is that I love the fact that Zwift’s excuse is that it would look bad. Like have they seen the rest of their game / programming?

Like parts of the roads hover above the grass. And they’re concerned about a little bit of clipping with long hair?

Same! Let the braid get glitchy and cut off by certain jerseys or helmets. Optimize it as you go on. I just want the option!

While we’re talking avatar customization, I’d like “stubble” as a facial hair option, which seems an easy one to model. (I am neither bare-faced, nor bearded)

You should open a new feature request as this is for voting for Long hair. 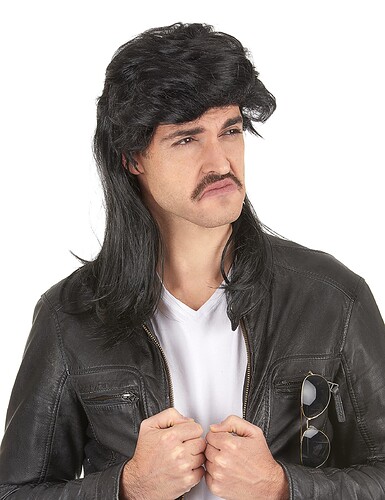 Just kidding, but long hair option would still be nice to have.

As I understand Team Zwift isn‘t able to realize it without clipping and graphical problems.

Like the trees in the wind in some mountain routes when the tribe is shaking through the floor.

Maybe it‘s time for a new graphic engine…I mean with a look to seceral MMO Games (in which it is also needed to realtime render where other players are because you need to aim them…) the characters have a wide variety of looks.

Look at fortnite. Thousands of Characters & Customisations, 360 degree gameplay (3rd person shooter) and still runing in 4k at 120fps on many systems.

Oh and its free to play by the way…

You really want to tell me that for the 15,- Euro a month Zwift membership it is impossible to get hairstyles. Really???