I totally agree. The white on yellow is difficult to see.

Still hard to believe the ride with friends feature is not back. Very disappointing.

Odd, I tested yesterday after the update and it appeared to be fixed. There’s an easy way to disable a feature on Windows, open ZwiftApp.exe with an hex editor (like HxD), search for the feature name (game_1_28_ftms_road_grade_lookahead_time_exposed) and change any character, then the actual featur…

the last line of this may be of interest to you

Are there any plans to implement the ‘ride with a friend’ feature to the new UI? I was quite fond of that one in the old UI.

Been seeing this weird clipping issue on the back of avatar’s heads for a few weeks now. Seems to affect certain kits I think, or maybe combinations of head gear etc. Anyway it can be seen in the default camera view and is a bit annoying. Streamja - Simple video sharing

Hi, will they fix the pace partner drops bug that stop at 2X instead of 2.5X ?

I am new and only ride with pace partner. I want to know if they generally fix their mistake fast or not in this game.

Zwift game version 1.30.1 is released for AppleTV only. Latest version is 1.30.0 for all other OS platforms.

I’m experiencing really jittery power output in a workout, using ERG mode. The figures keep jumping up and down up to 50W at the time, either commanding to drop power or to increase. 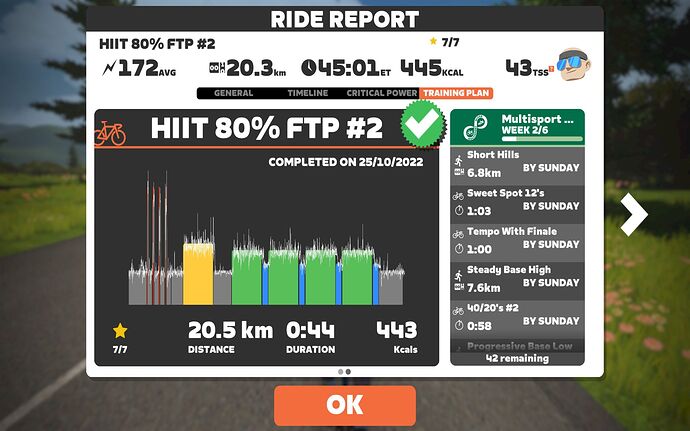 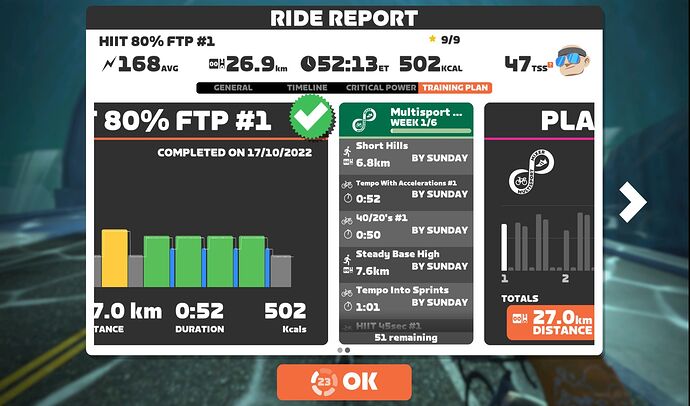 A couple of issues I’ve seen since this update, aside from the flashing shadows thing documented elsewhere.

What trainer are you using? that second one has to have some kind of power smoothing switched on

Hey Chris, you’re right. I solved the issue last night. It’s the ERG smoothing in the Wahoo app that did it. Thanks.

Has there been an update to how the ‘0’ numpad camera functions? It’s realllllllyyyy slow to navigate today, which makes it pretty useless. It used to be pretty good for looking around.

It’s been like that for a while: Drone camera is broken

@Dave_ZPCMR Weirdly it’s new to me, I’ve used the camera successfully in the last week, but it seems mine is affected by the bug now too. I’m not sure how that can happen, but seems to be the case.