joined the pen for the zwift classic race last night, exited out and did a warm up as usual and when i opted to join the race the game put me on a random starting place in Innsbruck, almost like it was a free ride, I had to exit out and restart the game to get it to put me in the pen, this was on an android tablet

Hi Mark, I have a similar setup, but no prob w/CA. My riding partner is on Win but the CA no longer works for her. She worked with Support for a long bit w/o a fix, so I’m guessing there is a code break in the account that hasn’t been identified, yet. Hopefully, someone there will eventually find the bug and the fix will be easy, though, I suspect, a manual one. Keep working with Support and they can ping me for a reference to look up the other user with the similar issue. I’m sire there are more users, just not enough noise to be elevated on the Scrum board, yet.

The auto-screenshot at the end is taken before the distance counter completes. Also, I find the “pizza slice burned” not useful but the cal burned very useful.

PS - Is the “pizza slice burned” stat anything more than a nice funny stat, best seen on the grand totals screen?

When is avalaible for PC (windows) and iPad (Mac) the option to “join another zwifter?, to joint with other friends”
And the calendar on the main menu?, like appears on iPhone 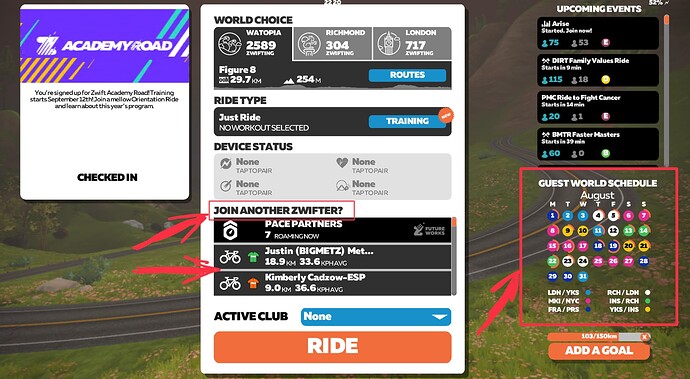 Ah the screen that we mostly miss!! Thanks for sharing!

Fixed an issue where Wattbike users did not feel resistance changes when paired over Bluetooth.

Update September 6.
Zwift game version 1.28.1 has released on all OS platforms. Note that the specific build numbers for OS platforms are a little different this time. See the What’s the Latest Version thread for build numbers.

with added Font change, anything else sneak into the build?

1.28.1 is for the update for the new font, plus the one bug fix for Wattbike.

Launcher is still on the old font.

Hello not sure where to post this but the new update has rendered everything in-game in a font I cannot read. The 1 looks like a 7. The K looks like its two letters. The 2 looks like a z and the 4 like a toilet U-bend. No joke trying to look at the numbers on screen whilst trying to do a ride today game me a headache and I had to finish early. Not sure what user testing was done but I am native English speaker so maybe this update works better for other people I don’t know (I know that a lot of our European friends write 7s differently). How long will this font be around for? I know this sounds silly but I’m really not joking.

Thank you for the feedback. Would you be willing to screencap the screen that’s bothering you and drag/drop it into your next reply? It’s be helpful to the team at HQ to see what you’re seeing. 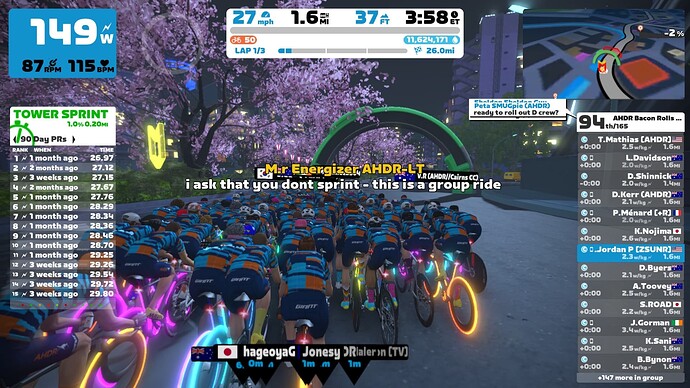 Can’t say I have much trouble telling the 1 and 7 apart but daaamn that thing is ugly.

Launcher is still on the old font.

Please log in again. If you mean this screen - we updated on the server end and it should show correctly for you now. 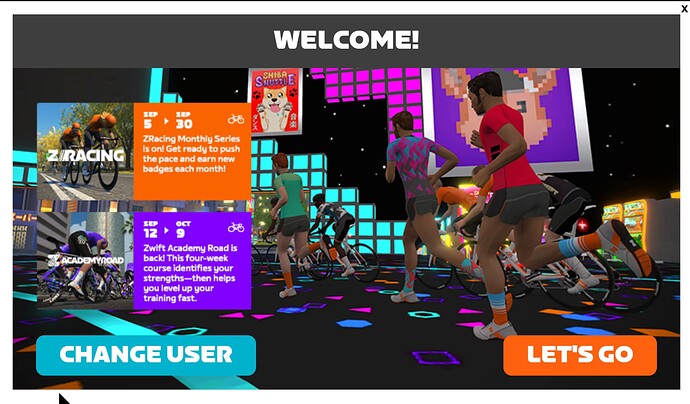 That’s what I mean - thanks @_Jordan_P_ZSUNR

Just look at the times in the segment PR list. You have to use a monospaced font when you have numbers in columns. Numbers that are constantly changing will jump around if not every digit has a fixed width.

Have to agree, the new font is a bit of a fail. By all means keep the new logo but the old font was just fine

This is nothing new, though.

Getting strong 80s vibes from this monstrosity, wondering if you can just replace the font file with the old one…