FR: Only allow supertuck if there is no draft

Graphic to show impact of descending with supertuck versus low watts in races (not the same in freerides). 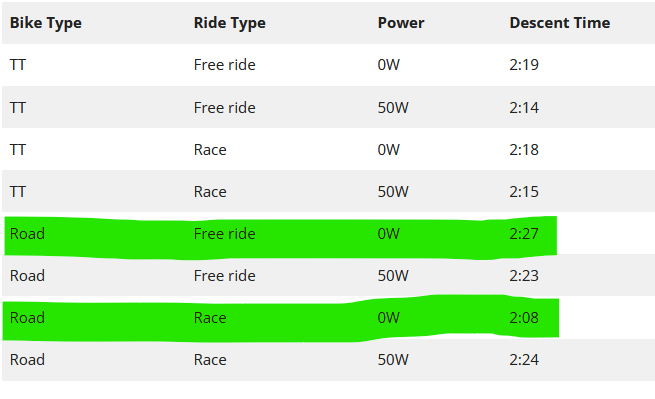 It’s a bit silly when a whole pack are descending with supertucks. Especially when pack descending speeds are already a problem. Give an onus to a breakway rider over the top of a climb.

Simple proposal, add another rule to supertuck - must have 0 draft.

It is also very very dangerous to supertuck in a big group.

Just do a group hug and go down the hill as a big blob!

yeah… i could see that. i’m not sure it would drastically affect breakaway chances for the better, but it can’t hurt either.

Hmm. Might also let us big guys catch up some on the descent after getting smoked on the climb.

Please do it ZWIFT

I don’t think it’s any more dangerous than riding on the aerobars in a bunch, and Zwift allows that all the time

How about a 70’s “hairnet” helmet unlock: 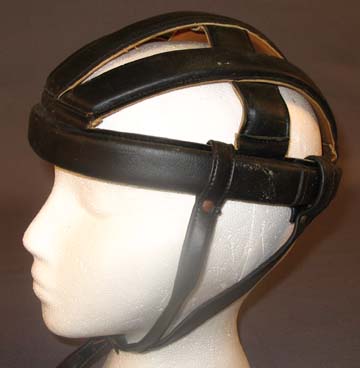 i’m not sure it would drastically affect breakaway chances for the better, but it can’t hurt either.

Combined with the promised corner braking though…

It is also very very dangerous to supertuck in a big group.

That said if it’s not allowed IRL then it should be gone from Zwift.

Zwift might need to police its sock height regulations then.

That was actually a rule and I had to enforce it, among others. The main one I had to enforce was the bad hand/arm positions on the bars in criterium races. They see the pros doing it and think it’s awesome for the local tiny criterium track of about 1.5km length. With everyone so close together one mistake and the whole bunch goes down. But it wasn’t allowed under our regulations anyway.

If only people realize how slow super tuck is going downhill. Holding a steady 220w is much faster.

Look at this one me (96kg) against 4 riders (68kg to 74kg), and before someone say it is the weight look at the power difference and the little attack (+500w) over the bump down. I averaged 280w down that hill. 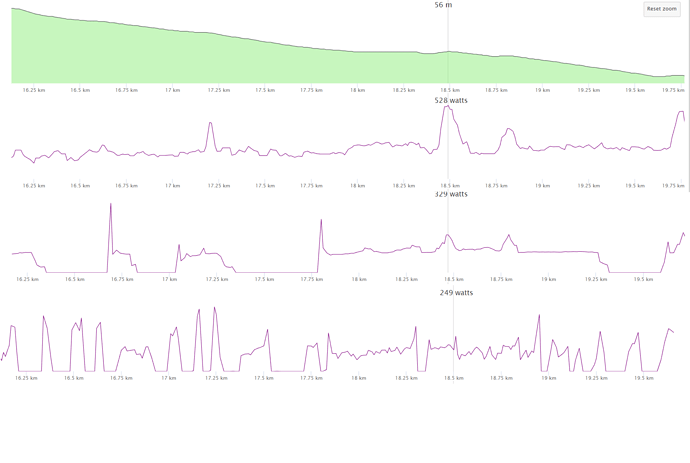 I was able to make 2 seconds doing 310 w (3w/kg) while they were doing low numbers and super tucking.

Well as a combination of weight and the fact that you are doing quite big power, that’s logical. The whole point of the supertuck is that it allows you descend fast whilst recovering.

Well as a combination of weight

You can see in the first 2/3 of the climb we are at the same speed until the bump.

O no I am also not doing 50km, I am full on the breaks. Stopping big mass IRL is hard. IRL we just free wheel.

I think this is probably the case. The is one of the downhills I have done the most.

What do you mean possible? My point was about TD, and that you would be spinning your legs like a madman at over 65km/h.