(I believe this is a bug, but if I am simply misunderstanding the feature then apologies)

When I set the holo replay setting to “Most Recent”, I expect to see a single “ghost” representing my single most recent previous effort

But I see two (screenshot below).

Am I misunderstanding? How can I have two “most recent” efforts? Especially at two slightly different paces?

This didn’t happen just once, but on every lap. I was on the “Tick Tock” route, so the segment in question was the Fuego Flats one. I don’t know if the bug is specific to this segment or present on all.

(In case this is device-specific, I’m on iPad OS on an Apple ipad Pro, latest version of both Zwift and OS) 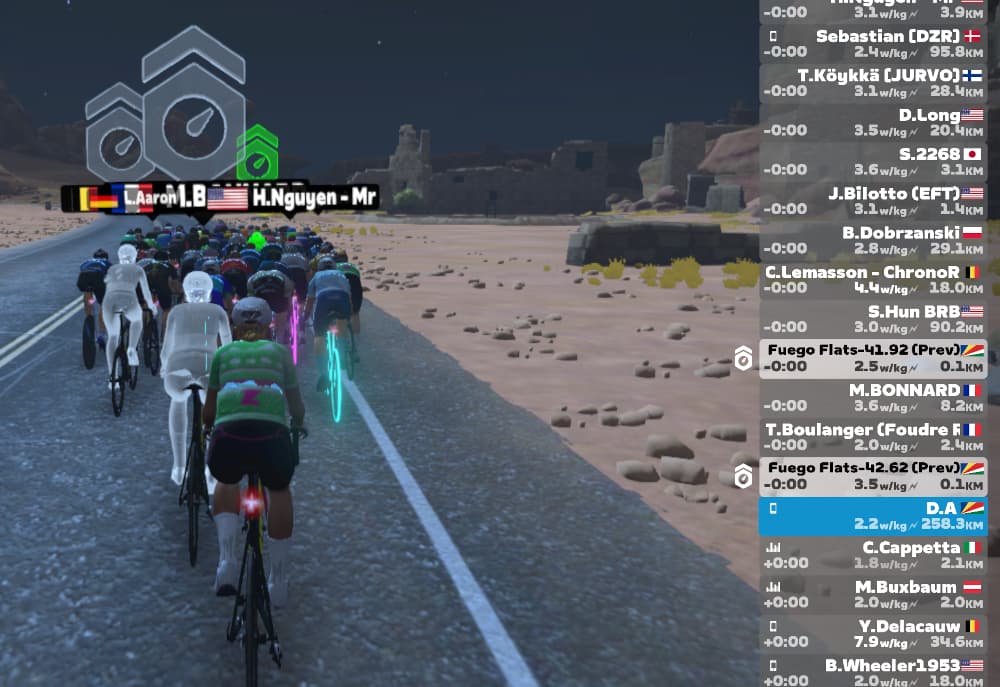 Just to update, this didn’t happen on my next ride, so it seems as though this might be a problem that occurs when you change a setting for the bot from eg “off → both → most recent” or similar in some particular sequence. I’ll change the settings a few times today and see if I can figure out what sequence makes it cause this bug

So maybe Zwift thinks for some reason that there are two Fuego flats that are overlapping here. Or maybe the ‘Both’ is sticky for some reason when you tried to turn it off. Clearly a bug.

(Or maybe the holos have become self-aware, and they couldn’t agree on which one got to ride with you, so they both went.)

I’ve had this happen a couple more times, and its definitely when you set it to Both, then PR, then off, in some kind of sequence when you’re doing multiple laps of a circuit so that you cross the same segment multiple times (easily done on shorter routes). I need to make note of the exact order that triggers it next time but I think its when you go Off->Both->PR and you then end up with the two “PR” ghosts.

Hi @James_Zwift @DavidP were you able to reproduce this one in testing at all?

Happens in multiple worlds/segments, not just Watopia. Had the same issue in Makuri today

I had ghosts turned off. Changed them to “personal best only”, and two “personal best” ghosts, each with different segment times, which is clearly impossible.

Any plans to acknowledge this bug and fix it? 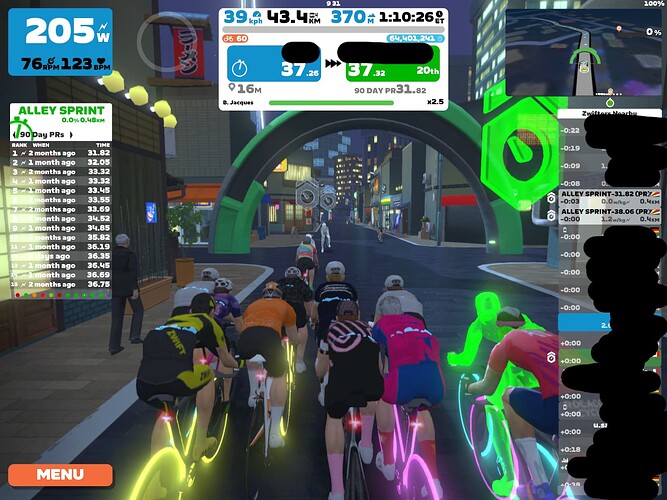