First off, maybe this is not just relegated to AMD GPUs, so please chime in if it’s happening to you too! I’ve just been through the ringer for years with the really bad AMD issues, so I’m assuming this is just another one, albeit not as bad as full game freezes.

Windows 10, everything up-to-date, purpose built machine just for Zwift so not junked up with all sorts of random stuff.

I suspended my account in May, mostly due to summer, but also due to the full on game freezes that AMD cards were suffering. Zwift finally pulled that together just as I suspended, and I’ll say that none of those have happened since I started up again last week. Small favors.

As soon as I fired it up, there was this weird fuzzy line that kept a static distance just ahead of my avatar. It seems to pivot based on the orientation of the “sun” in the world. So if I’m going around turns, the line will pivot in sync with my shadow pivoting. When it’s “night”, no line. In a tunnel, no line. Here are two pics that should show it well, can’t post a video apparently. 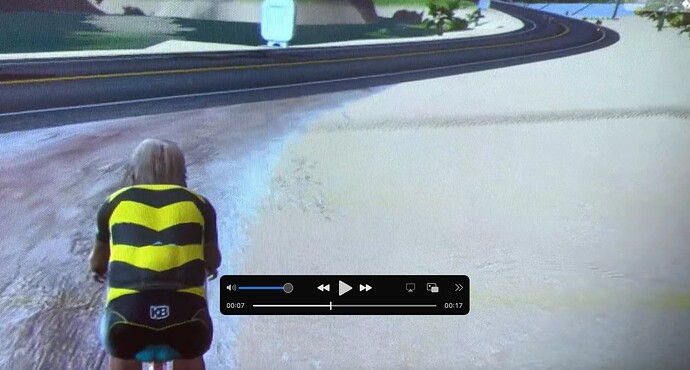 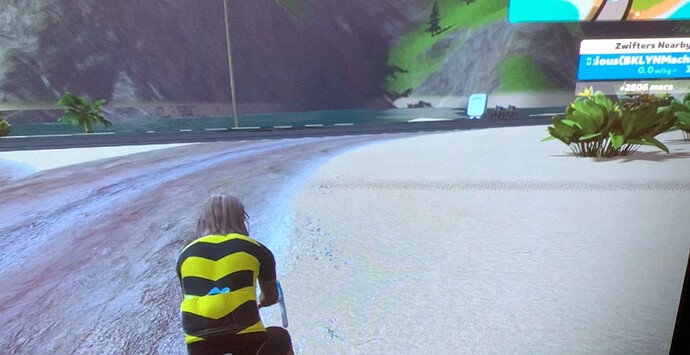 Two years ago: Black ‘Refracting’ line on the road

Oh great, so another multi-year bug that I now get to enjoy.