Still no long workouts other than #2 and #5 on iPad… come on, how long can it take…

Edit: I read in another thread that they are working on an update. I thought that the app would download trainings/rides from a server…

I think the server sync for workouts is only for custom workouts.

They said early last week that an update would be pushed to include them.

Then 1.29 dropped without, and @shooj said it wasn’t ready in time to make that release and a 1.29.1 would be pushed…

That was a week ago and still no sign of said update. Asked today and @James_Zwift said he’d check… and then nothing…

I may not be going for a pro contract, but I still would prefer to do the full-length workouts, but they’re taking that option away from me. And, no, I don’t consider the group workouts an option (especially as I’ve now missed #1 waiting for the update). The disconnect between effort and pace drives me NUTS. Can’t stand 'em.

I saw all the issues people were having with the baseline ride on day 1, so I waited until day 3 (Sep 14) to do mine. It seemed to execute flawlessly, and I received credit on my ZAR2022 workout dashboard for the ride and could view my times for the three segments in ZCA. I finally just today – eight days after doing the ride – received the ride report email. I also just today started receiving other Zwift-related emails, which I’ve never received in the past, despite verifying a week ago that all the pertinent email options were in fact selected.

Better late than never, I guess, although I still can’t do really do the ZAR2022 program because only two of the six workouts are available on ATV and iPad. It’ll all be sorted by some time this winter I guess.

Hello. So the baseride has registered but isn’t showing any numbers. I got the email saying well done, alas no numbers. This was an hour or two after the announcement of the fix. OK but I’ve just noticed workout 1 and workout 2 haven’t registered. Here is the evidence of sweat and tears though. Can you fix at all please? 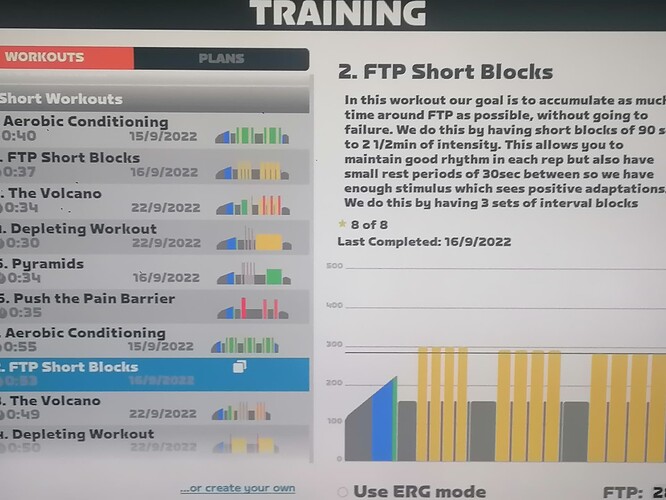 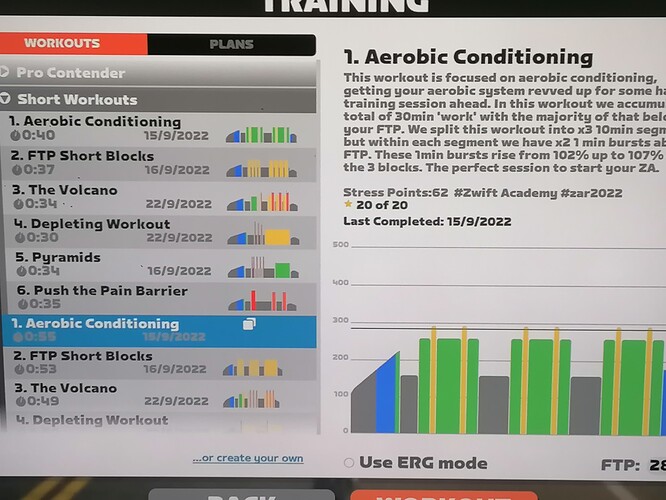 I did the Baseline ride last week, but didn’t realise that I’d have to enable emails from Zwift Academy. I did so after a couple of days so that I’d at least get the final email. Imagine my surprise when I got the full email - phenotype and numbers - today.

That was a week ago and still no sign of said update. Asked today and @James_Zwift said he’d check… and then nothing…

Sometimes you need to give me a few hours. I worked a 13 hour day yesterday.

So the Academy is going to be over halfway gone before those of us on ATV and/or iPad can even access 2/3 of the workouts?

Talk about dropping the ball…

Follow up for the sake of it; it’s been 8 days and I just now got my Baseline email.

From the other thread it looks like workout 1 is added to the group workout schedule. That helps folks who need the first, doesn’t help folks waiting for the 4th unfortunately. It’s too bad this fix is taking so long to get to iPad/Apple TV folks

Just did the Workout nr 2, the whole workout did not save

I never received an email about my phenotype after completing the baseline ride for Zwift Academy 2022 last week. There is also nothing in my profile indicating what my phenotype is. How do I get the info at this point?

Wait for the finish line ride and keep your fingers crossed?

Go to ZwiftPower, hover your mouse over your power profile graph. The highest percentage you see there will be a good guess as to the phenotype that Zwift would estimate.

Zwift have not provided any way to know the phenotype from the baseline ride aside from the email.

Hi @Paul_Southworth , thanks for you post above, mind me asking…can you explain further how to interpret the highest percentage when hovering your mouse further on our power profile graph?

I don’t seem to see any sort of % at all on my power profile graph under my account in Zwift Power.

What is this % anyhow? If it does appear, does it somehow translate into a polar diagram of what Phenotype you are, fascinated to know more as I haven’t received the email from the baseline ride after completing it over 10-days ago now!

Below is the power graph from my ZP profile (note this is not the power graph from the Power tab on your profile) followed by what I see when I hover the mouse over the 20 minute bar. In the phenotype email, Zwift said I was at 58% for the short effort (27 sec), 60% for medium (2 minutes), 69% for long (9 minutes). They call this result “Time Trialist”. This matches the story told by ZwiftPower - around 24% for 20 minute, 20% for 5 minute, 16% for 1 minute, 15% for 15 second. My training is almost exclusively longer efforts and not sprints, and that’s all their phenotype guess can tell me since I don’t train the areas I’m weaker in. Not surprisingly I’m also more experienced at pacing the longer efforts and crappy at the mechanics of sprinting. 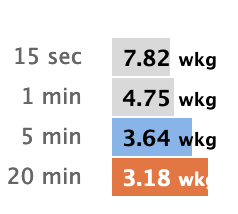 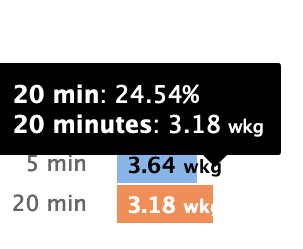 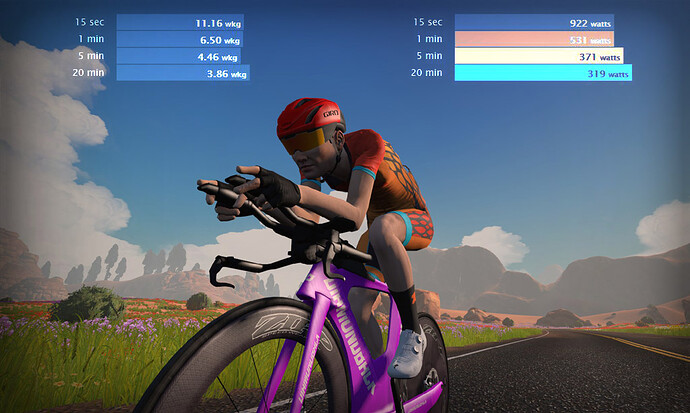 All About Your Critical Power Chart on ZwiftPower

Learn your strengths and weaknesses with these simple charts.

What we still don’t know about the ZA phenotypes is whether it’s across Zwift as a whole, ZA sign-ups, sex-specific, age specific or some permutation of these.

i’ve got a variation of the issue above:

one caveat is that i did workout #1 before i did the baseline (because you have to do the baseline as a group ride, i just couldn’t get to it first). not sure if that should cause this issue, but seemed worth noting.

I’m not sure if Zwift has stated this officially, but what I’ve heard here on the forum is it’s split by gender and the population is all people who have completed the baseline ride before you. Zwift doesn’t generally do anything with age groups.