What are the strange black marks

A couple of weeks ago, after an update, strange black marks appeared on the road in front of me which kept ahead throughout. Sometimes they are white but mostly black. Sometime straight across and other times V-shaped. They fade out and come back. They look a bit like tyre tracks. Is this a new feature, if so, to do what, or are they a bug?
Thanks.

What platform are you running Zwift on, and are you up to date? Is this on all maps/courses?

If you are on Apple TV there was a patch released to fix the black boxes that were appearing, make sure you check to see if you are fully updated, don’t rely on auto-update. Also, force close the Zwift app after each use.

Does is look like the black squares discussed in this this thread? If so, please update your game app. This bug was fixed.

No, it looks nothing like it. I’ll post a screenshot later today. And on my iMac, Zwift updates automatically on startup and had updated yesterday and the marks were still there.

I have a couple of screenshots and a video but this forum doesn’t seem to be able to accept upload of pictures or videos but it appears that it is possible so how is it done?

You probably need minimum number of posts before you can add external url’s and pics.

Here are links to the screenshots of the weird black and white lines.
postimg (dot) cc (slash) gallery(slash) 8s9DFRB

Those are weird shadows that got introduced a few updates ago. Once you see them you can’t un-see them.

I posted your pictures below. 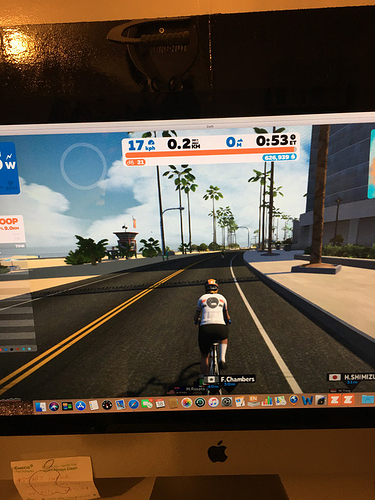 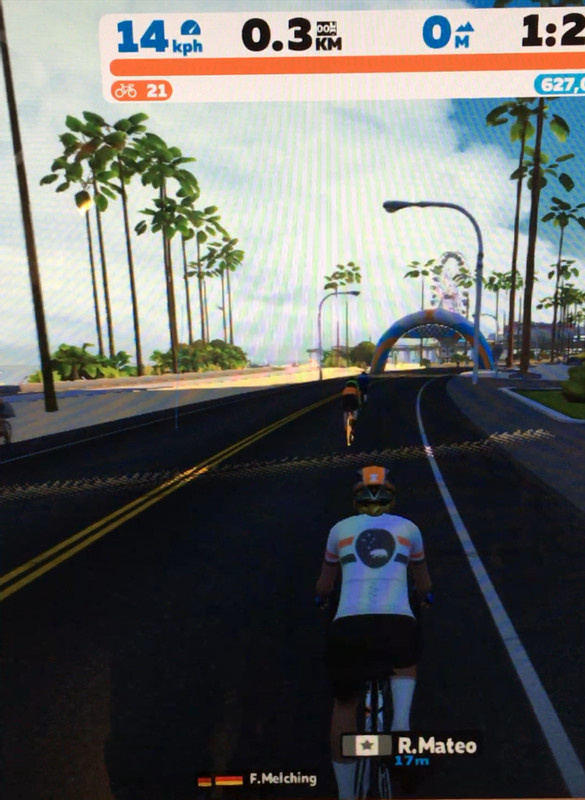 Ah, so everyone has them?

A lot of people has reported this.

Black ‘Refracting’ line on the road Bugs and Support

About a month ago I started seeing a permanent line about a bike length in front of me on Zwift that appears to be some sort of light refraction. It generally appears as a black line and it ‘swings’ around on the road depending on the angle to the light source you seem to be at. It alternates betwe…

What platform are you running Zwift

Hi, that was a mac, an older model. Turns out these marks were due to being low on memory. On a newer, faster computer they disappeared. Hopefully this info is useful for others.